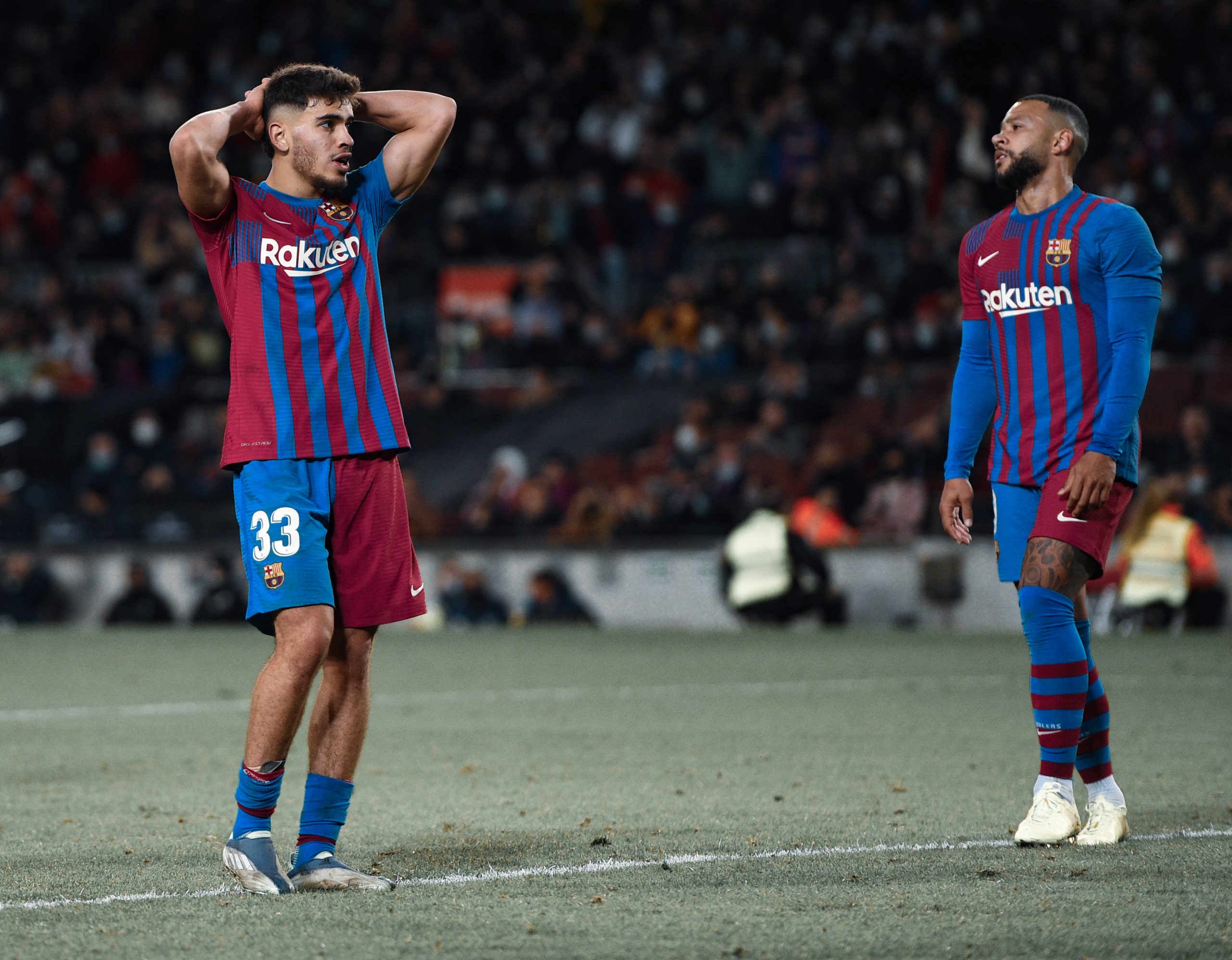 For the first time in two decades(!), Barcelona are in danger of not advancing to the knockout rounds of the UEFA Champions League. This comes on the back of two humiliating defeats against Bayern Munich and Benfica when Ronald Koeman was at the sidelines.

Since then, Barça have won both their outings against Dynamo Kyiv and endured a goalless stalemate against Benfica. The task at hand is now significantly larger as they get ready to travel to Munich to take on the mighty Bayern.

A win will give them a pass to the Round of 16; anything but means their future is no longer in their own hands. On such a monumental occasion, Barça Universal predicts how Xavi will set up his team.

Marc-Andre ter Stegen has had far from an ideal start in Barcelona colours this season. He’s been under heavy scrutiny for conceding too much, too often. With the 8-2 and 0-3 loss still fresh in his mind, one can hope he can turn back the clock to his performance against the Bavarians during the 2014/15 season.

It is safe to assume that Barcelona will deploy a 3-4-2-1 on the night, hoping to keep the backline as secure as possible. Ronald Araujo is the undisputed starter in that defensive trident.

Joining him will be Gerard Pique. The Spaniard was rested against Real Betis, probably in an attempt to keep him at full fitness for the UCL clash. His performance during the reverse fixture was decent, but he needs to do a lot more tomorrow night.

Eric Garcia completes the defence, starting on the left side of the back-three. Poised with keeping one of Jamal Musiala, Kingsley Coman or Leroy Sane at bay, the 20-year-old must be at his sharpest at the Allianz Arena.

In the hope of bringing the best out of Sergio Busquets, Xavi must keep him safe during defensive transitions. As such, he will be placed in front of a back-three as part of a double pivot.

Frenkie de Jong will be keeping him company in the centre of the park. The Dutchman was benched against Betis, and came on to little impact. One hopes he can bring out his best against the German champions.

The far left position will be taken by Jordi Alba. While his responsibilities will be largely offnesive, he must not leave anything to chance against the best.

On the other side we have Ousmane Dembele. The World Cup winner was very influential on the weekend, coming off the bench, and with reports stating that his starting position is not in doubt at all, we can assume he’ll play that pseudo-wingback role.

In front of this packed line, Xavi will look to add verticality using Nico and Gavi. The La Masia duo will start as attacking midfielders, but their work ethic will help Barcelona mantain a packed middle block.

It has not been a joyful couple of weeks for Memphis Depay, who has been brought down to Earth after a flying start. The Dutchman has not been able to find the net as regularly as the Camp Nou faithful might hope for, and if he fails to make the best use of his chances tomorrow, Barcelona fans will make sure to bring down hell on him.

Ez Abde for one of Alba or Dembele could be as close to a like-for-like switch Xavi can hope for. He could also replace one of midfielders to add more pace to the attack. Either way, it’s almost a given that he sees some minute.

If by some miracle Barcelona are able to take, and mantain the lead for a good part of the game, bringing on Clement Lenglet or Oscar Mingueza could be helpful.

Riqui Puig took a dig at Koeman recently, saying that he feels like a footballer again. He’s been getting regular time off the bench under Xavi and tomorrow will likely be the same.