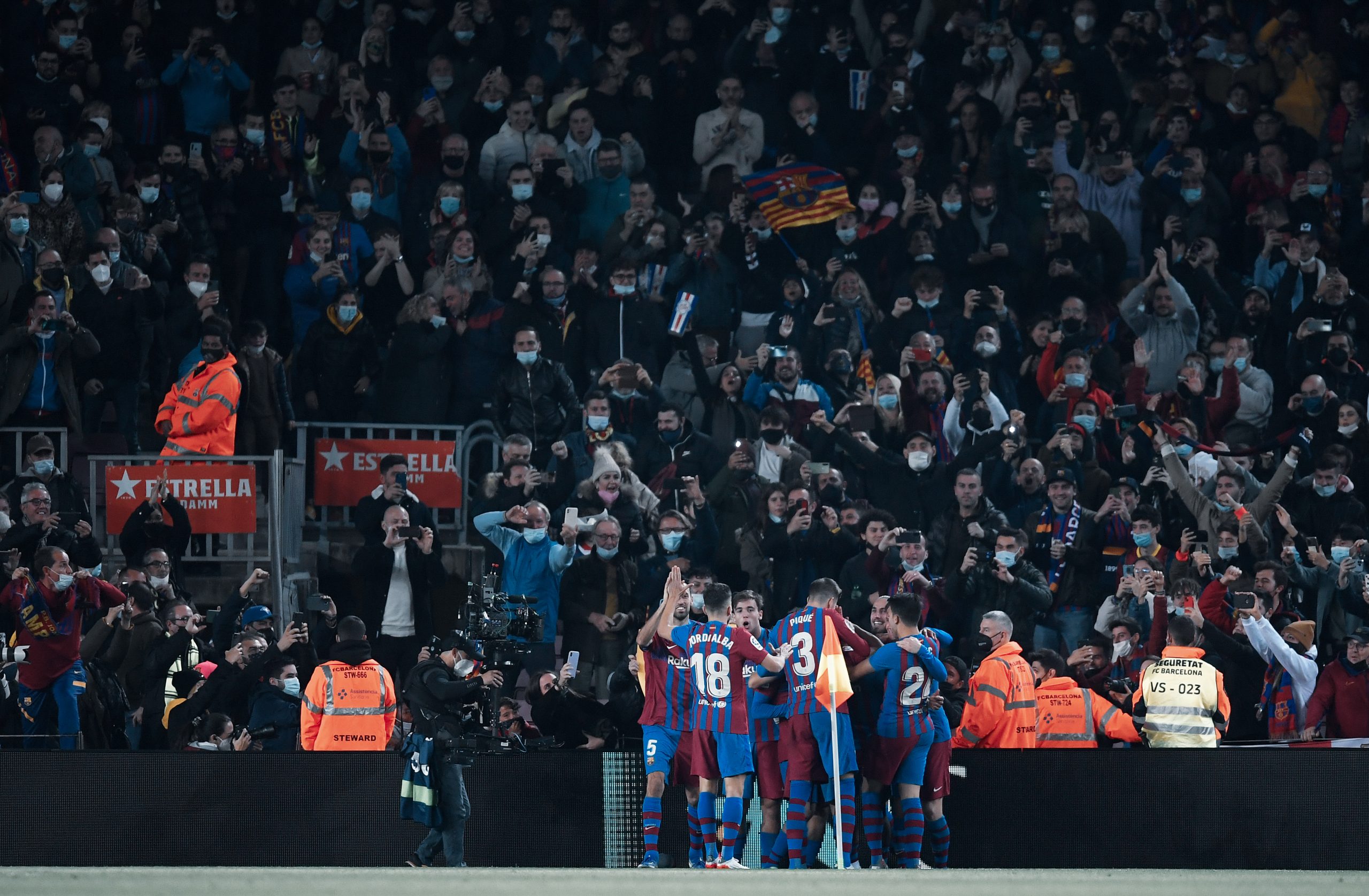 Barcelona have, in all probability, crashed out of the Champions League after a 0-0 draw against Benfica. But despite what would’ve been a morale breaking draw ideally, fans are in high spirits. And the reason is Xavier Hernandez.

In only two games, Xavi’s Barcelona have shown more intent than Ronald Koeman’s side ever did. The manager’s ideas are making it through to the players, who are willing to commit to them.

The Blaugranas now need to put the Benfica stalemate behind them as they travel to Estadio de la Ceramica to take on Villarreal.

Coming off a disappointing loss against Manchester United, the Yellow Submarine will be hoping to get back to winning ways.

Xavi will have to choose the perfect team to combat a strong Villarreal side, and this is how Barça Universal thinks Barcelona will line up on the night.

Marc-Andre ter Stegen put up a fairly impressive performance against Benfica, keeping a clean sheet. There’s no reason for him to be benched on the weekend.

The return of Sergino Dest forces Xavi to tweak his structure again. The American will slot in as the right-back in what is expected to be a 4-3-3.

Gerard Pique is off to a fantastic start under his ex-teammate and is likely to continue in the heart of the defence as the right-sided centre-half.

Ronald Araujo, quite clumsily, sprained himself while celebrating an offside goal and is expected to be benched as a precautionary measure. Consequently, Eric Garcia returns to the lineup, starting beside the man he calls his idol.

The back-four is rounded off by none other than Jordi Alba. The left-back has not endured the best of seasons yet and is still finding his footing without Lionel Messi.

Xavi is blessed with several talented midfielders in his arsenal, starting with the man whose potential supersedes anyone else’s – Frenkie de Jong. He’s been quite inconsistent this season but will hope to stamp his authority against Villarreal.

The Dutchman is expected to take up the left side of the midfield, while Captain Fantastic Sergio Busquets anchors the centre of the park as the defensive midfielder.

Busi was excellent on the night vs Benfica, much like his compatriot Nico Gonzalez. The teenager is proactive and wears his heart on his sleeve every time he touches the grass. He retains his place as the right central midfielder.

Gavi has done an excellent job filling in at the left-wing, but at 17, his role in the team should be capped in order to avoid the injuries Pedri is suffering from now.

As such, we expect Ez Abde to fill in at the left-wing. The Camp Nou was witness to an excellent cameo from the youngster against Espanyol, and his tenacious footwork can do a host of good against the sturdy defence of Unai Emery’s side.

Unsurprisingly, Memphis Depay will continue through the centre of the attacking trident. Poor decision making from his end against Benfica let the team down in the final third, but a strong outing this weekend will help him regain the confidence of the Barcelona faithful.

The last man in the starting XI is Yusuf Demir. He was one of the best players on Tuesday despite playing out of position but will return to his preferred right-winger spot on Saturday night.

Ousmane Dembele was rushed back to the squad last week and is probably not fit enough to start games yet. Aur 20-25 minute cameo will be exactly what he needs.

Speaking of wingers, Xavi seems to trust 17-year-old Ilias Akhomach with responsibilities in the attack. He could come on for the final few minutes.

Gavi has been benched in our version of the starting lineup, and if that indeed comes true, he’ll be ready for some minutes off the hotseat.

Barcelona have five substitutions at their disposal, which could do the manager a world of good to experiment. Dest may not be fully fit to last the hour and a half and might have to make way for Oscar Mingueza.

Lastly, Araujo is someone who could replace Pique in the heart of the defence. At 34, the World Cup winner cannot play all games and having somone as good as the 22-year-old Uruguyan is truly a luxury.