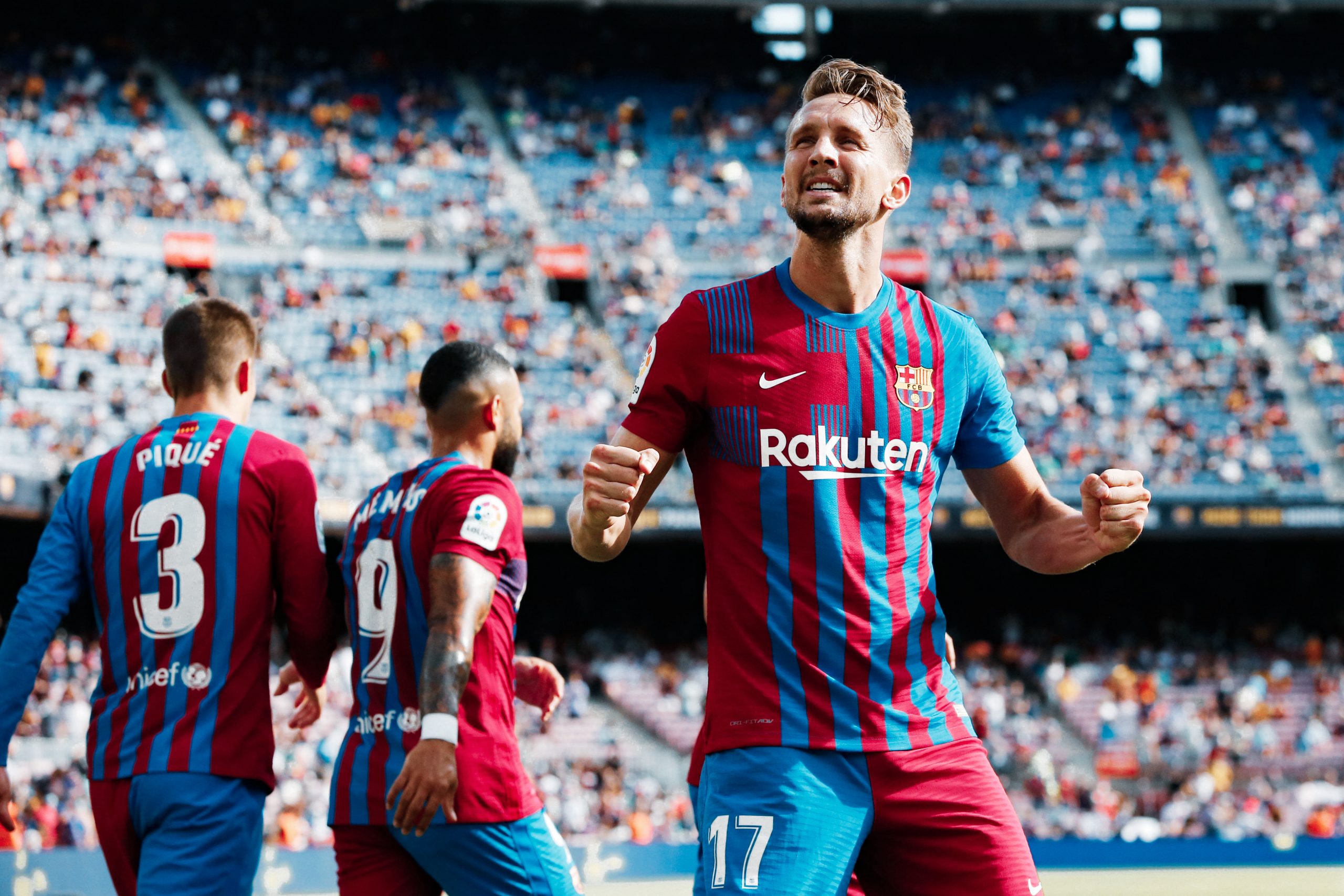 Every glimmer of positivity is a beam of sunshine at Barcelona. After their poor start to the campaign, the result against Levante lifted the spirits of not just players but also fans across the world.

Barcelona’s slow but sure return to La Masia roots, the magical performance and chemistry of Gavi and Nico, Riqui Puig’s energising display and above all, Ansu Fati’s emphatic and cinematic return to football gave Cules a week to cherish. The 3-0 humbling of their Spanish rivals was one expected, but far sweeter than anticipated.

However, the challenges that lie ahead can afford no complacence from an under-pressure Barcelona. Having lost their opening Champions League clash to Bayern Munich, Barcelona needs all three points against an unbeaten Benfica.

The Portuguese side is yet to be defeated in their domestic league, scoring 19 goals in just seven outings. Further, Barcelona faces the daunting challenge of Atletico Madrid immediately after the Champions League clash.

With the stakes going higher, the Catalans will need to respond positively to the pressure, Here is how Barcelona could lineup against Benfica on Wednesday.

After a rough start to his campaign, Marc-Andre ter Stegen has returned stronger with two clean sheets in his last two outings. With a relatively better defence ahead of him and an in-form Ronald Araujo, the German keeper will look to extend his streak further against Benfica.

Sergino Dest sparkled like a freshly polished diamond in the last encounter at Camp Nou. Despite being deployed out of position on the left side of the field, he produced one of his best-ever displays in a Barcelona shirt. With Jordi Alba unlikely to return in time for the clash, Dest will once again start at left-back.

Oscar Mingueza probably has the right-back slot to himself right now. Moreover, with a heavy crowd competing for a starting position at centre-back, the La Masian has it easier competing at right-back. He delivered a flawless performance against Levente, producing three key passes and creating two big chances. He will start at right-back once again.

Gerard Pique has seen his entire environment in defence change over the past year and is yet the lone veteran standing. Now, more than ever, his leadership will be necessary to mould the future of Barcelona’s defence. He will start on the night.

Ronald Araujo is the biggest story of the season, delivering masterclass after masterclass in defence. The Uruguayan was dribbled past for the first time in La Liga since his debut against Levante. A revisit to the moment shows that the statistic does not show the full picture, though.

The Catalans started a ‘made in La Masia’ midfield against Levante. Needless to say, the trio delivered a perfect performance in the middle of the park. There ismore great news heading into the Champions League clash in the form of Pedri’s return and Frenkie de Jong’s availability for selection.

That said, a midfield trio of Gavi, Frenkie de Jong and Sergio Busquets is likely on the night. Pedri, though fit, would likely not start the match.

Young Gavi has shown immense promise in his performances this season. At just 17-years old, his confidence in the ball is breathtaking. The teenager will retain his starting spot for the third consecutive game.

While robbing Nico of a starting spot after such a positive display is criminal, de Jong’s return forces the youngster to the bench once again.

Phillipe Coutinho will be the prime contender to start behind the front two in a 4-3-1-2. The Brazilian operated best in the spaces behind the forwards, and one hopes that his newfound freedom helps him shine on the night.

Memphis Depay scored the opening goal against Levante from the penalty spot. Furthermore, he was a constant threat throughout the night as he menaced the opposition defence. He will start against Benfica and look to pull the strings in attack

Luuk de Jong is Barcelona’s first choice target man at least until the return of Sergio Aguero. The Dutchman scored his first goal in the garnet and blue of Barcelona two days ago when he slotted in a perfect assist from sergino dest. He will look to get his first Champions League goal for his club on the night.

Ansu Fati came on only for ten minutes in the last game but enjoyed an emotional night as he scored a sensational solo goal. The youngster is a special talent, and could likely see minutes again against Benfica.

Pedri has been out through injury for the past few games. However, reports say that his recovery is going better than expected and he will be available for Wednesday’s game. He will certainly come on if he makes the squad list.

Yusuf Demir has shown glimpses of talent on the right-wing whenever given the opportunity. He could come on in the second half to provide some much-needed energy and dynamism to the play.