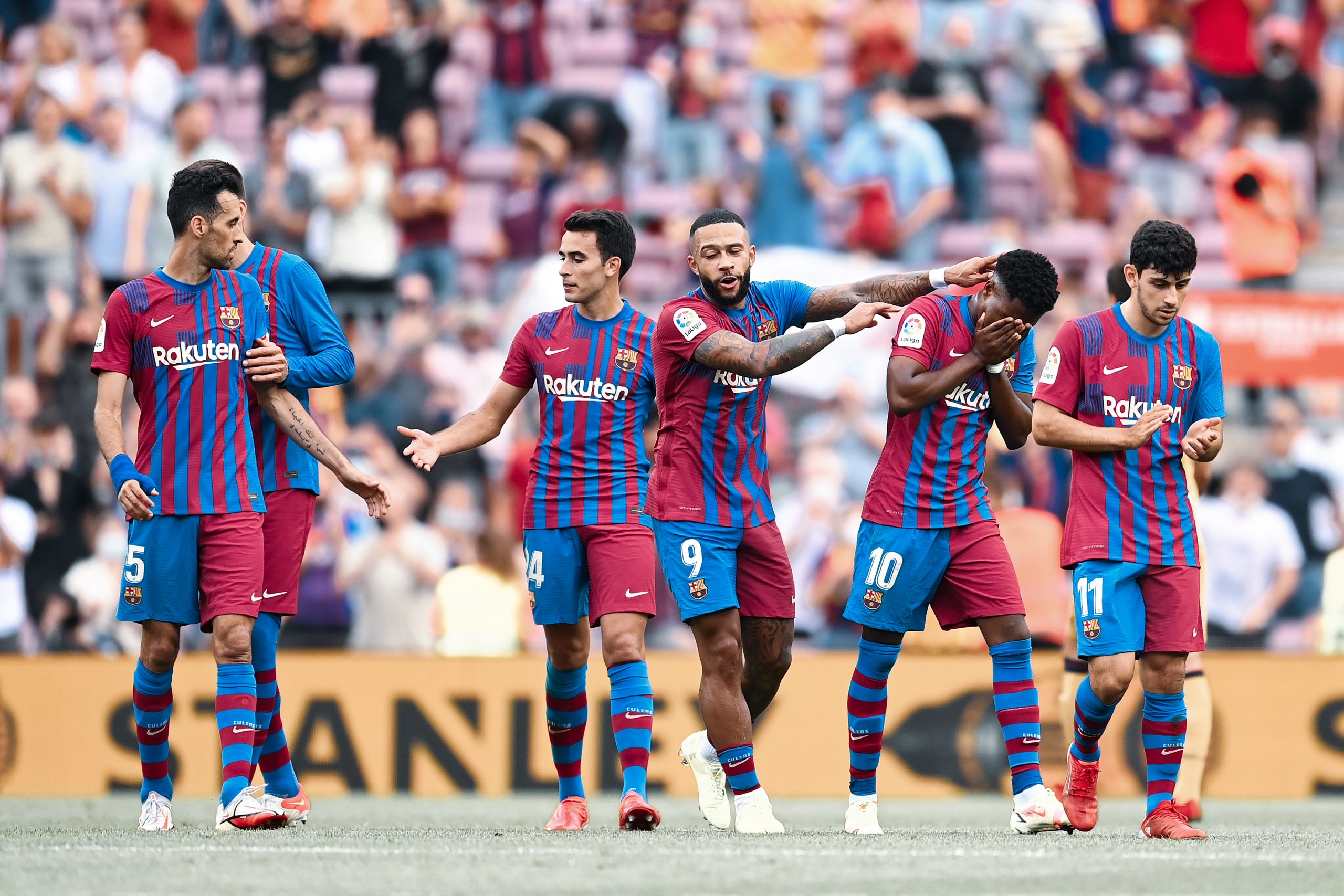 A 3-0 defeat against Benfica is not the memory that Barcelona players would have wanted fresh in their minds as they enter the Wanda Metropolitano. Atletico Madrid has been a thorn in the Catalan’s foot in recent years. The close-fought games in recent times have all been decided by one man in particular. However, that man is now in Paris and will not be there to save Barcelona’s blushes.

The situation off the field is as tense as that on the field. The drama on the sidelines has intensified after the Champions League defeat in Portugal. Ronald Koeman seems set to be sacked after Saturday night’s game. His press conference too had a similar overall mood, and his hints seemed to confirm his imminent departure.

The clash against Diego Simeone’s side will be a decisive one for both sides. While Barcelona has had the worse start to the season, one must remember that Los Rojiblancos have not had smooth sailing. They have found themselves at the receiving end of favours from the referee far too many times this season that has saved them embarassing moments.

As the side gear up to play under Ronald Koeman for possibly the last time, here is how Barcelona could lineup against Atletico Madrid.

Marc-Andre ter Stegen’s ambitious effort to run to the halfway line to make a tackle became the running headline across newspapers. It is not the first time that the German keeper has lost his head on the field. His loss of concentration has been an issue for a while, and he will look to correct it against his former teammates in Luis Suarez and Antoine Griezmann.

The manager could again opt for a three-man defence as he has historically turned to the conservative approach in big games. However, there could be changes in personnel.

Gerard Pique was taken off early against Benfica to avoid a red card. He will surely start as the leader at the back.

Ronald Araujo has been Barcelona’s most consistent player this season. His awareness in defence and fearless tackles have bailed out the side on multiple occasions. He, too, is guaranteed a starting spot.

However, Eric Garcia would be benched following a horror show against the Portuguese leaders. The Spaniard was sent off late in the game to cap off a terrible night. He could be replaced by Oscar Mingueza at centre-back.

Sergio Busquets dictated the flow of the game in the first period and the early part of the second half against Benfica. Unsurprisingly, it was immediately after he was taken off that Barcelona conceded the second goal. He will start at Wanda Metropolitano.

Frenkie de Jong was the Catalans’ best player in the first period on Wednesday. However, he was bafflingly moved to defence after Gerard Pique’s substitution. After the change in formation, Barcelona did not threaten as they did before. He will start in midfield hoping to lead the game.

Pedri would be the natural choice to complete the midfield. However, he will miss the game through injury, and has not been called up to the squad list. That said, Gavi could start on the night.

Jordi Alba has received the medical all-clear ahead of the trip to Madrid and will be fit to start. That said, he will undoubtedly resume responsibilities at left-wingback.

Sergino Dest has played out of position for three games now. Though he rarely seemed uncomfortable, there is no denying that the right-flank is his home.

Memphis Depay was the only forward who tried to create chances on the night in Portugal. The Dutchman has been instrumental in the team’s buildup but would have liked more goals against his name. He will look to change that against Simeone’s men.

Luuk de Jong had a disappointing outing in the last game, failing to convert multiple simple chances on the night. He missed an open goal from close range that could have brought the visitors back on level terms. However, Koeman does not have many more options in attack and will be forced to continue with the Dutch striker.

Ansu Fati will once again receive minutes off the bench after his return from injury. His involvement will be crucial in the key encounter.

Nico Gonzalez could replace Sergio Busquets in the second half as has been the tradition this season.

Riqui Puig got a well-deserved outing against Levante, and could see another opportunity against Atletico Madrid tomorrow night.