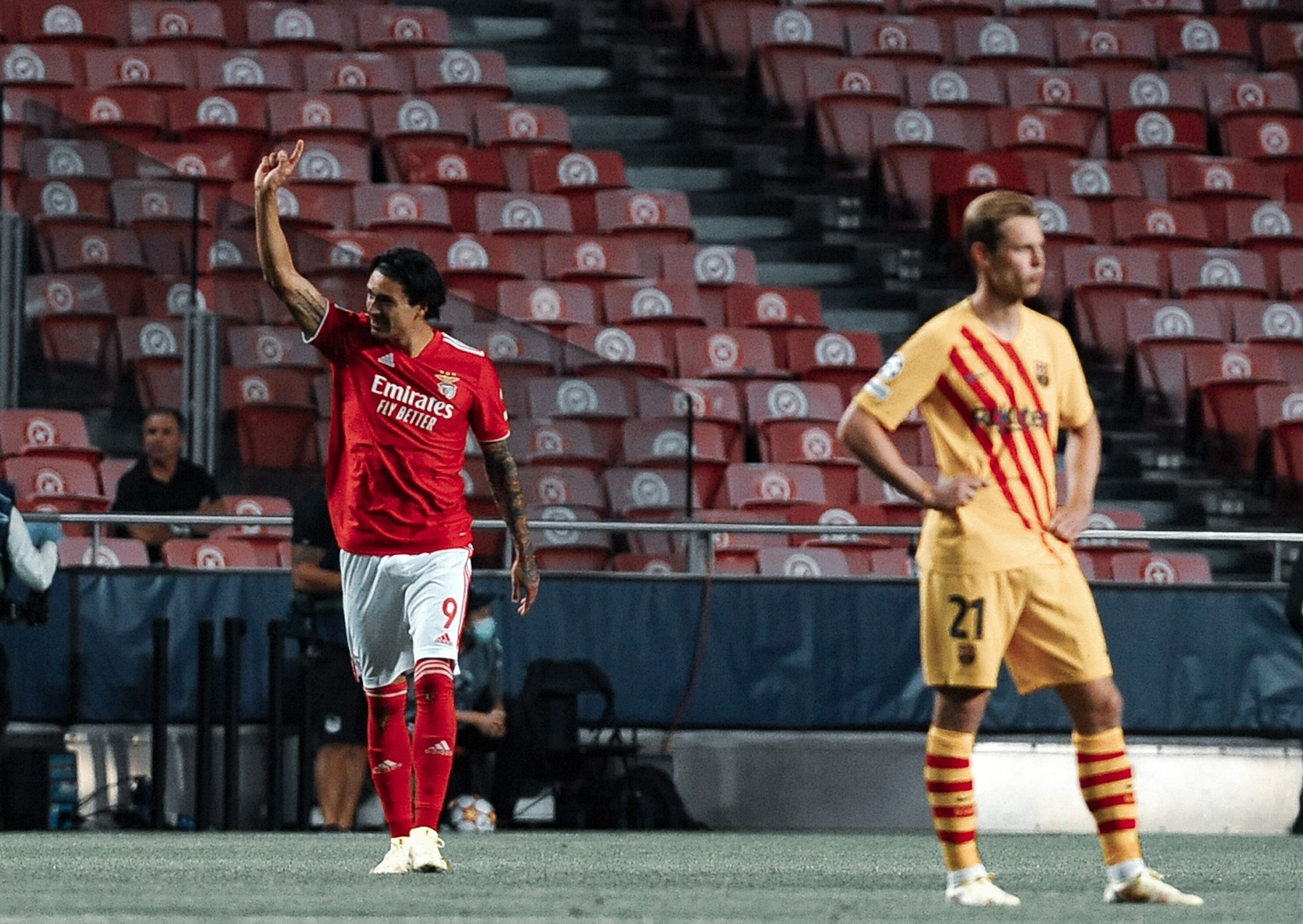 Another night, another Champions League nightmare for Barcelona. After losing 3-0 to Benfica, the Catalans now find themselves last in Group E with a real shot of failing to qualify for the knockout stages. Culés can genuinely ask themselves, “how much worse can things get?”

1. Koeman’s reign is near its end

If this match proved anything, it’s that Ronald Koeman’s reign as a manager is truly near its end. Admittedly, it has felt like a matter of when, not if, over the last few months. Results have been stagnating, the team’s football has been uninspiring, and now rather than speculation, his departure feels inevitable.

Against Benfica, there were immediate question marks when pre-game lineups revealed a return to the 3-5-2. The general team makeup was also questionable, with Luuk de Jong up front and Sergi Roberto at wing-back, for example.

To make matters worse, after Gerard Piqué was subbed off for an early yellow,  rather than shifting to a more attack-minded and appropriate 4-3-3, he moved Frenkie De Jong to centre-back/libero. That all but killed Barça’s chances to score as De Jong was putting on a positive performance offensively.

It was also yet another “big match” that Koeman failed to win. This adds to the laundry list of opponents like Real Madrid, Atletico Madrid, PSG, Juventus, and Bayern Munich.

Now the question remains, who will replace him, and when?

Last night’s match was a further reminder of Barcelona’s degraded defence, but it also exposed a more understated problem too: the Blaugrana have struggled going forward for some time now.

They have scored 11 goals in eight matches so far this campaign, with over half of them coming against Real Sociedad (4) and Levante (3). That represents a substantial drop when compared to the 17 scored in 2020/21, and 16 in 2019/20 (in the same amount of matches).

Additionally, they are scoreless in both Champions League outings and have totaled only one shot on target. More so than simply tallying a high number of goals, the chances they are creating are also of low quality, such as those from sky-high crosses into the box.

Nevertheless, their defensive struggles will continue to take all the headlines. Only 3 minutes into the game, Darwin Nuñez cruised past Eric Garcia and placed a shot at Marc Andre Ter-Stegen’s near-post. Throughout the following 87 minutes, Benfica played a level above the visitors, finishing with 12 shots (6 on target) and plenty of chances.

In 180 minutes of Champions League football, Barcelona have conceded six goals and 29 shots…

3. A lack of identity remains

Moving forward, this is perhaps the most important takeaway from the match. Fans and supporters can accept losses so long as there is movement in a positive direction. But if the team’s performance against Benfica revealed anything, it’s that Barcleona still lack identity.

Every match comes with a new formation, a somewhat different tactical set-up, and uncertainty of how the team will perform. This is expected for the beginning of a new season, but the light at the end of the tunnel is hard to see.

One may also argue that the squad is too limited, however, there is in fact too much talent for this team to be as disjointed as it is. Even lesser talented teams have more of an identity and singular-focus.

Moving forward, this new Barcelona side must quickly define who they are, and who they want to be.