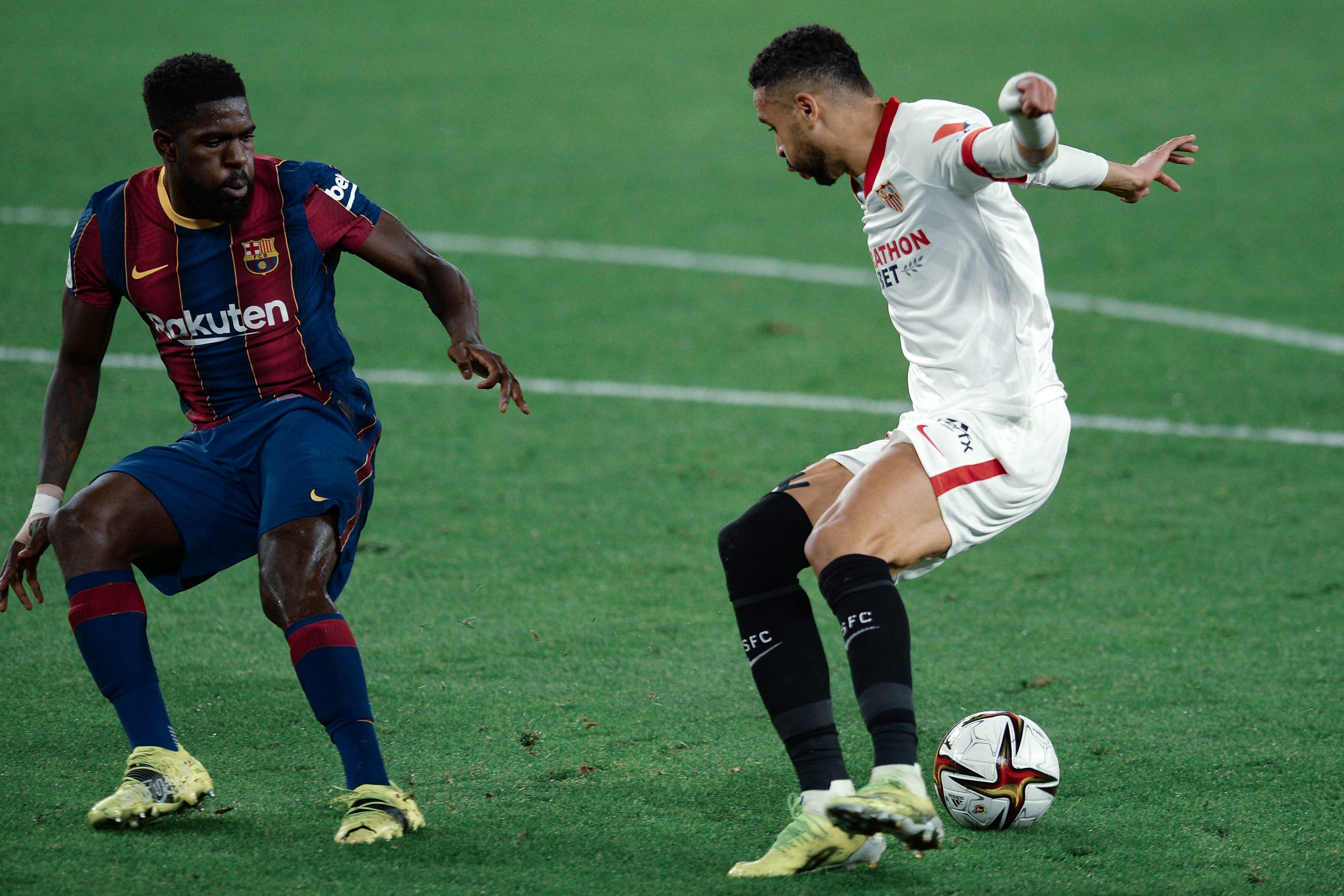 Staring up at one of the most difficult clashes of the season midweek, Barcelona cannot afford to take the weekend game lightly. Whilst PSG will be no easy nut to crack, Alaves being with them a different set of challenges.

Coming off a deserved 2-0 loss at the Ramon Sanchez Pijzuan, the Catalans need the win for more than just the points. The team has seemed more mentally sturdy in recent times. How they turn up on Sunday will be a major factor in deciding the crucial game against PSG. The Blaugranas need all three points to keep their position just off the top. Nothing less than a win will suffice. Here is how Barcelona could lineup against Alaves.

Having reached such a crucial stage in the season, it is highly unlikely that Ronald Koeman will look to rotate at this juncture. Marc Andre ter Stegen will have to be match fit for the massive clash coming up, and it seems unlikely for any rotation between the posts.

After the disaster Samuel Umtiti brought with him against Sevilla, it is highly unlikely for the Centre-back to get a second successive start. Oscar Mingueza was once again highly promising back in his niche, and he showed his anticipation and a fearless brand of defence.

Alongside the Spaniard would likely be Clement Lenglet. Though he has been far from his best, circumstances will force the manager to once again trust the Frenchman. Undoubtedly, it is high time for him to stake a claim on a starting position. Lenglet seems to have lost his confidence and is now or never for him to recover it.

With Sergino Dest receiving his medical clearance ahead of tonight’s clash, the USMNT star will probably get the nod ahead of Junior Firpo who once again struggled to find his feet against Sevilla.

Jordi Alba will continue to start at left-back on the night, hoping to carry on his good run of form. The Spaniard has been shaky at times in defence. However, it is well known that a confident Alba on his day can be a lethal weapon. If Barcelona are to dismantle PSG, they will need a raring Alba, which is only possible if he puts up a stellar showing on Saturday.

Keeping in mind the massive clash ahead, one could expect Koeman to rest Frenkie de Jong on the night. Miralem Pjanic has only just received his medical clearance. That said, Sergio Busquets will continue to control the reins of midfield from the DMF position.

Reports suggest that Riqui Puig could be given a start in midfield on the night. The youngster has had his moments, but had struggled to light up the pitch consistently to the extent he would have liked to. The clash against Alaves could provide the right stage for Puig to shine and make a statement.

The midfield will likely be rounded off by Pedri. The 18-year-old phenomenon has played in every possible position in midfield and covered up well. One could expect Pedri to fill in the holes on the night. One hopes he continues to stand out as the season’s top signing.

Though many may expect Lionel Messi to be rested ahead of Tuesday’s clash, It is improbable. Koeman will want the Argentine for and raring heading back into the Champions League and use it as a warning sign for Pochettino’s side. Messi will start, likely upfront as the striker.

By his side will be Fransisco Trincao on the right and Antoine Griezmann on the left. Trincao had the moment of his left when he banged in the stunning winner against Betis last week. Riding high on confidence, it could be the right time to provide the young winger with a start. Meanwhile, Antoine Griezmann will be looking to get onto the scoresheet, to keep himself in high spirits ahead of his class with the French giants.

Frenkie de Jong on the bench has been Koeman’s go-to man in any mishap. The Dutchman will surely be involved in the latter half of the game on Saturday, though off the bench.

Ousmane Dembele and Konrad de la Fuente would be obvious substitutions in case the team trails. Their ethic and spirit could be the right injection of confidence for the Catalans.