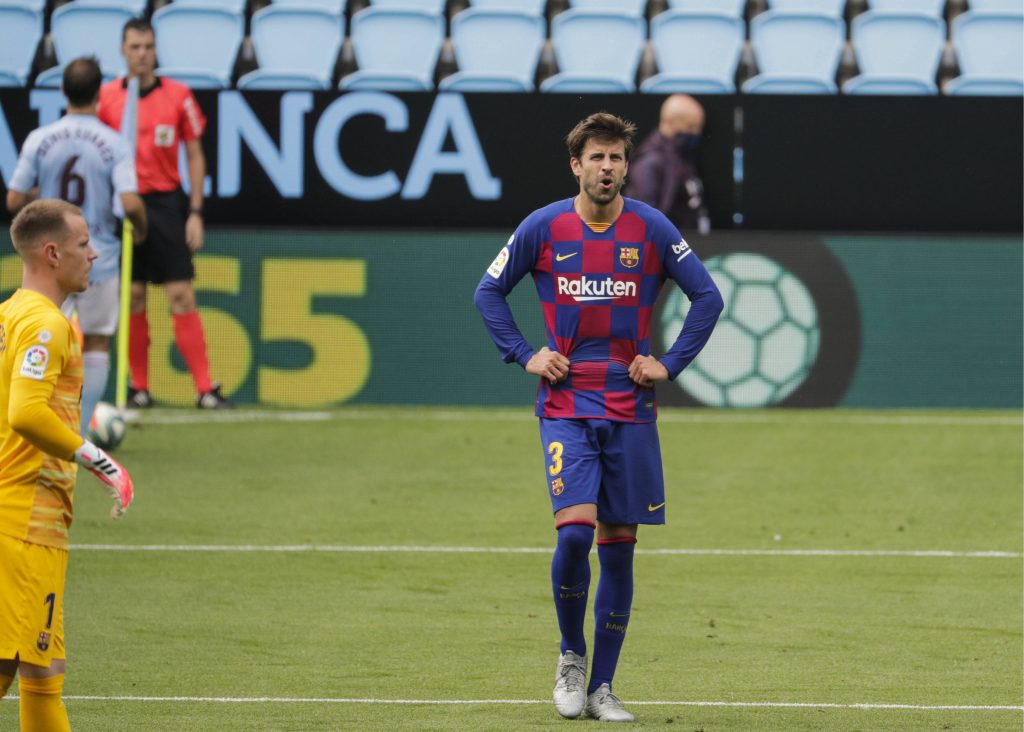 Yesterday evening, Barcelona tied 2-2 with Celta Vigo away at the Municipal de Balaidos stadium in La Liga round 32. Barça jumped on top of the La Liga table with a single point difference over Real Madrid, with the White’s still having a game in hands.

Barcelona seemed to have the Celta game under control, but Iago Aspas’ free-kick goal that came in the 88th minute secured Celta a point. The free-kick was given because of the so-called Gerard Piqué foul on Barça loanee Rafinha. However, when looking at the replay, it is clear that Piqué does not make contact with Rafinha.

Piqué expressed his frustration on Twitter, to show his displeasure on Rafinha’s dive and refereeing in La Liga. Pique tweeted a part from MGMT’s song ‘Time to pretend’.

We were fated to pretend. To pretend.

FC Barcelona now has to wait for Real Madrid who will be facing Espanyol tonight to see whether they will remain on top of the league table. It does not seem likely that Madrid will lose points, so most Culés believe that Barça lost the league yesterday evening.