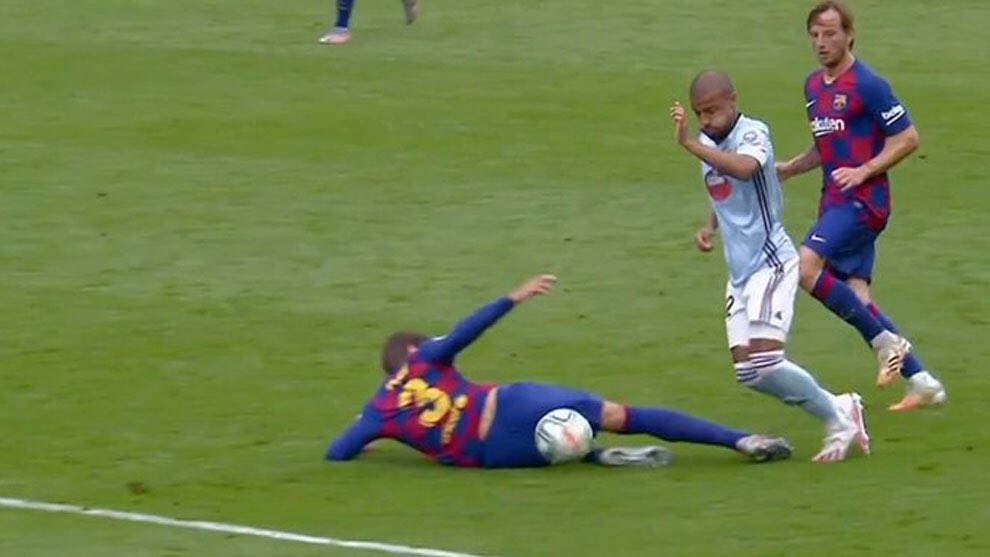 Barcelona most likely lost La Liga today after tieing 2-2 with Celta Vigo in La Liga round 32 away at the Municipal de Balaidos stadium.

In the 88th minute of the game, Rafinha got awarded a free-kick from a non-existent foul, claimed to be made by Gerard Piqué. In the replay, it is quite obvious that Piqué does not even touch Rafinha.

Iago Aspas converted the free-kick into a goal, placing it in the lower corner. It is a pity that the free-kick was claimed by the Barça loanee Rafinha – especially considering that it was not a deserved one at all.

Barcelona now have to wait for Real Madrid to drop points – which does not seem very likely.