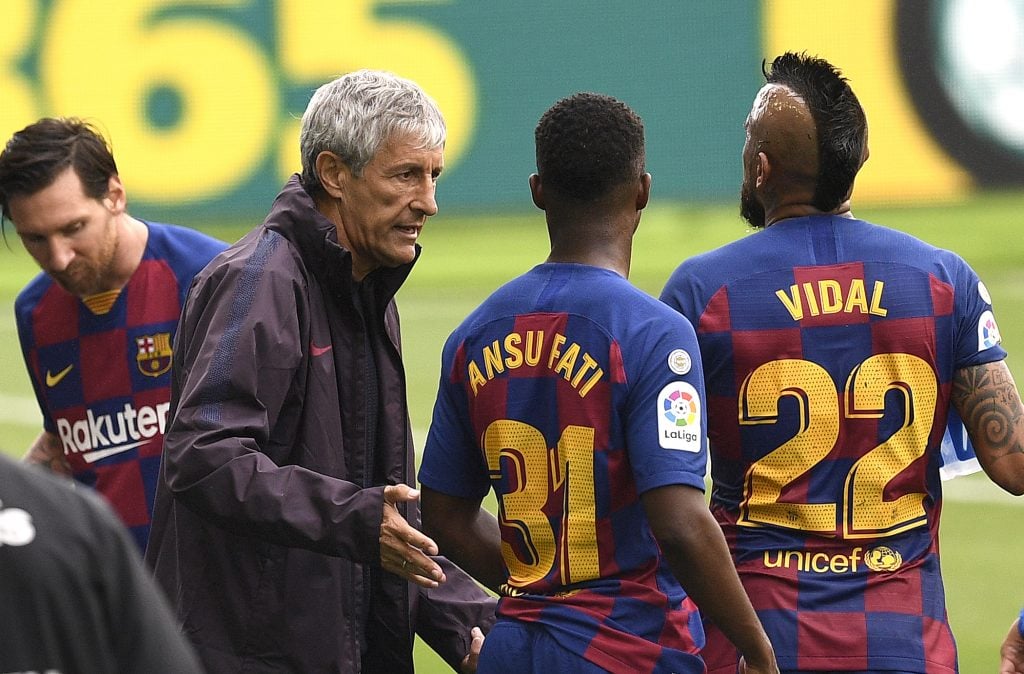 A match summary of the Celta Vigo 2-2 Barcelona game.

Barcelona gets on top of La Liga after tieing against Celta Vigo 2-2 in La Liga round 32 away at the Municipal de Balaidos stadium, but has to wait for Real Madrid who plays tomorrow. Even though Barcelona had the game under control, dropping points like this broke many hearts.

This Celta-Barça promised a lot, especially as Barcelona went to a stadium where they hadn’t won in five encounters. The Catalans continued their great second-half display against Athletic Club with a plan to defend with the ball and not let Celta have the ball as they have superb attackers.

In the first 20 minutes, Barcelona were able to suffocate the Galicians and came very close to open the scoring as Gerard Piqué’s header landed on the crossbar. A foul in the Leo Messi area and Celta were frightened by the free-kick ability of the Argentine. However, this time, Messi passed the ball, and his majestic cross landed on Luis Suarez’s head perfectly. After the goal, Celta dominated a little, and Ter Stegen’s misplaced pass could’ve gone wrong had the Celta attacker passed to Aspas.

Denis Suarez looked on a mission to show Barça what he can do, and his pass to Brais Mendez nearly came to goal had it not been for Ter Stegen’s brilliant double save. After that, Barça continued their domination and came close to scoring, to no avail.

Barcelona rested on their laurels after the break. They came back thinking Celta will drop their heads, and that’s how they blew their lead. The Galicians put so much more intensity after the break and their intricate passing was the killer for the Catalans. An incredible pass from Iago Aspas and Okay Yokuslu was through on goal, and Ter Stegen only parried his shot. Fedor Smolov would score in the empty net. After that goal, the Catalans woke up and played like they should have done.

They kept the ball and went for the kill anytime someone lost the ball. Their impressive passing display helped in the build-up to Suarez’s second goal and Messi’s second assist of the game. With action initiated from the right side, Ivan Rakitic lost the ball in front of the penalty box. Still, Nelson Semedo was able to pressure the defender into making a mistake. Leo Messi took the ball and passed to Suarez, who rifled in a shot into the bottom corner.

The Culés felt in control in the second half after that but suffered a bit, and Celta had some chances to equalize as Ter Stegen had to make a brilliant save after the water break. Arthur would make a cameo late in the game, as he replaced the lively Riqui Puig. Iago Aspas would then score a sensational free-kick into Ter Stegen’s bottom corner to equalize for the locals after Gerard Piqué fouled Rafinha, on loan from Barça. Ter Stegen’s last-minute save salvaged a point for the Catalans.

That brings an end to the Celta Vigo vs Barcelona match summary.