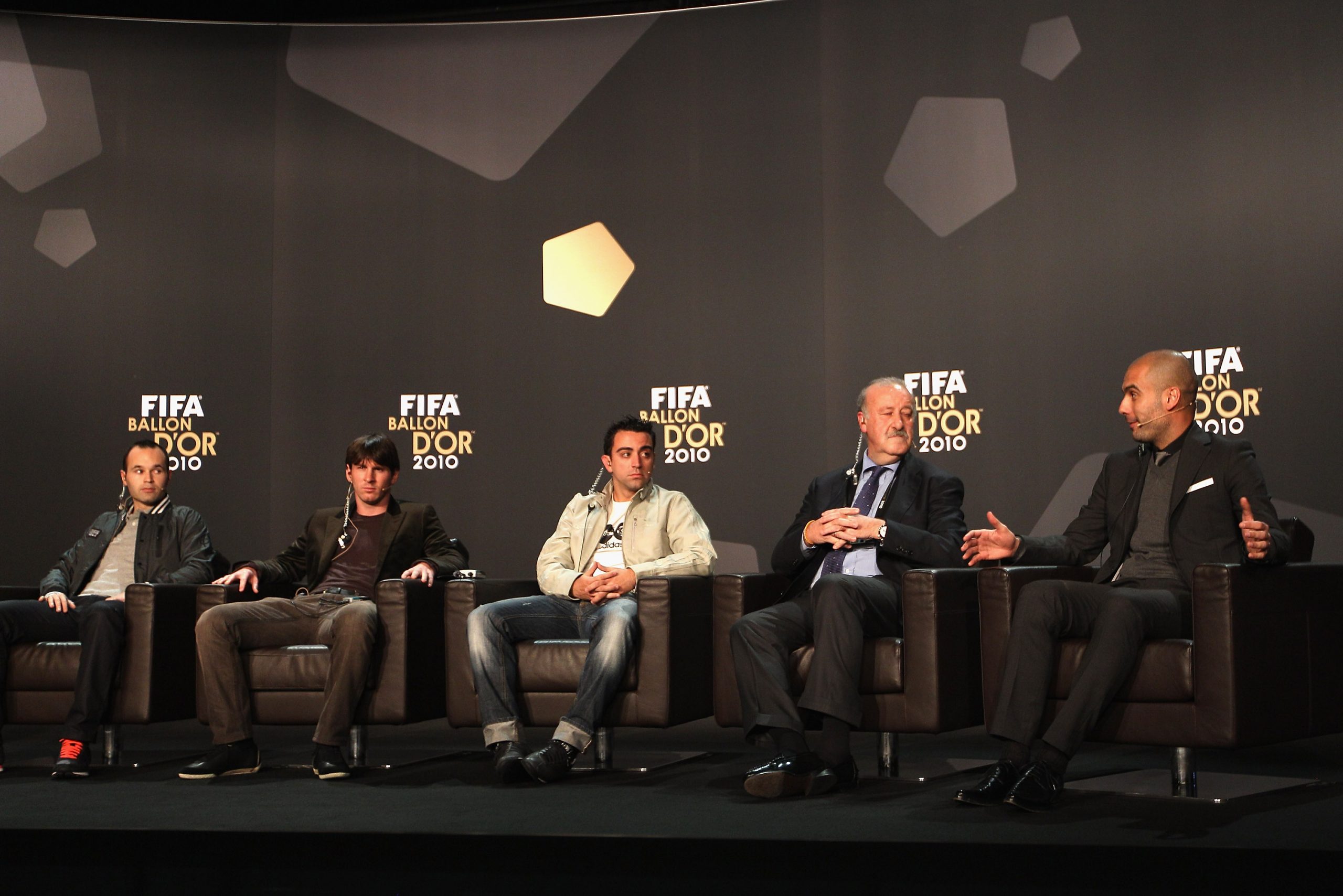 Barcelona announced the return of Xavi Hernandez to the club earlier this week, with the 41-year-old being appointed as the first-team manager after Ronald Koeman’s sacking.

Xavi, who ended his playing career with Barca in 2015, moved to Qatari club Al Sadd and continued as a footballer for four years before eventually becoming the manager in 2019. In his two years at the helm of affairs, the Spaniard did a fine job, winning as many as seven trophies.

Now that he is back at Barcelona, the 2010 FIFA World Cup winner will be in for a huge challenge given the club’s recent struggles. With the appointment being confirmed, the Blaugrana will present Xavi to the media on Monday.

Accompanied by president Joan Laporta, Xavi will participate in a photo session and press conference. And, as reported by AS, the event is set to be attended by several famous personalities associated with the club.

The report claims that current Barcelona captains and Xavi’s former teammates, Gerard Pique Sergi Roberto, will be present at the event, although Jordi Alba and Sergio Busquets will not make it as they are away on international duty.

In addition, former Barcelona manager and Xavi’s former mentor, Pep Guardiola is also expected to be in attendance. It was under the current Manchester City boss that the 41-year-old grew into one of the best midfielders of the modern era.

And, having Guardiola present as he prepares to take charge of the Catalans’ first team will certainly be a special moment for the club legend. The ex-Barcelona and Bayern Munich boss expressed his confidence in his former ward’s ability, backing him to do well in the Barca hotseat.

As quoted by MARCA, Guardiola said, “I said I didn’t speak with him but if it’s finally agreed then of course the best wishes. I’m pretty sure he’ll do a good job.”