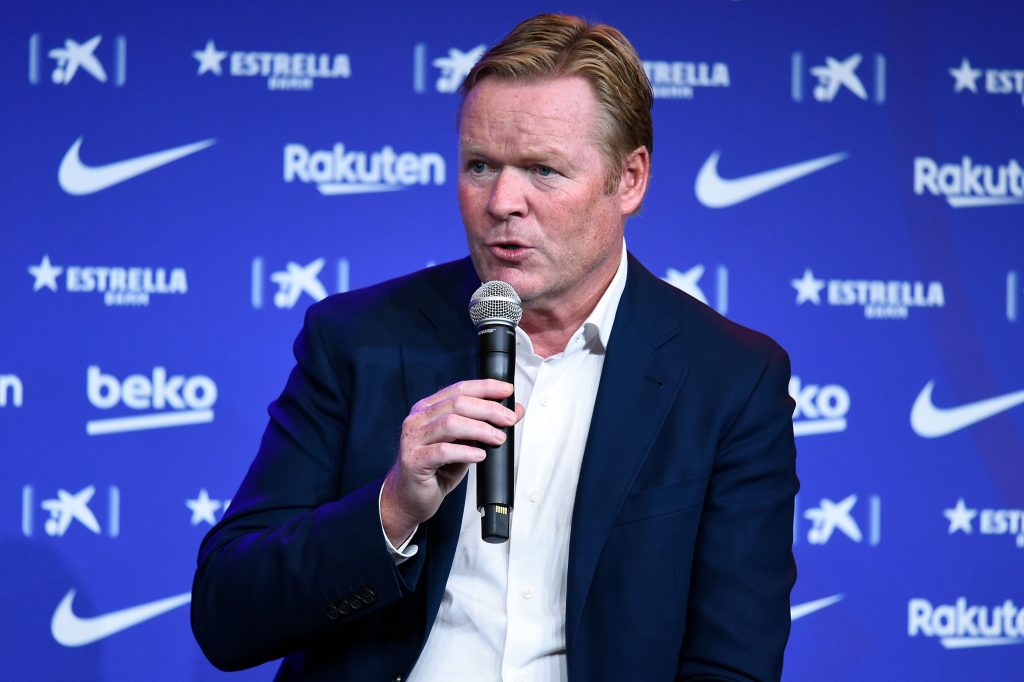 It’s a brand new beginning over in Catalonia as Ronald Koeman takes the wheel at Barcelona. Of course, this is nothing particularly new and most knew what was coming. Still, the Dutchman presented himself and his project with encouraging words.

Mundo Deportivo and SPORT both covered some of his most interesting quotes, highlighting the need for a rebuild and return to the top. The former outlet chose to go with the title ‘It’s a dream‘, emphasising how Koeman always wanted to land this job.

But they also talk about the hope the Dutchamn has brought to Barça and how he is a coach that demands a lot. We can expect intensity, commitment and hard work to return to the Camp Nou. At least according to him.

SPORT focused on similar things, saying ‘Koeman takes the wheel‘. This could imply a lot of things but it does seem like the coach will get more freedom than his predecessors.

He will not be afraid to drop players, promote the youth and rebuild from scratch if necessary. In essence, he is a pupil of Johan Cruyff and he will act accordingly.

Of course, those are some strong words but at the end of the day, they are just that – words. We’ve heard a similar thing from both Ernesto Valverde and Quique Setién but both failed to deliver on their promises.

Will Koeman be any different?