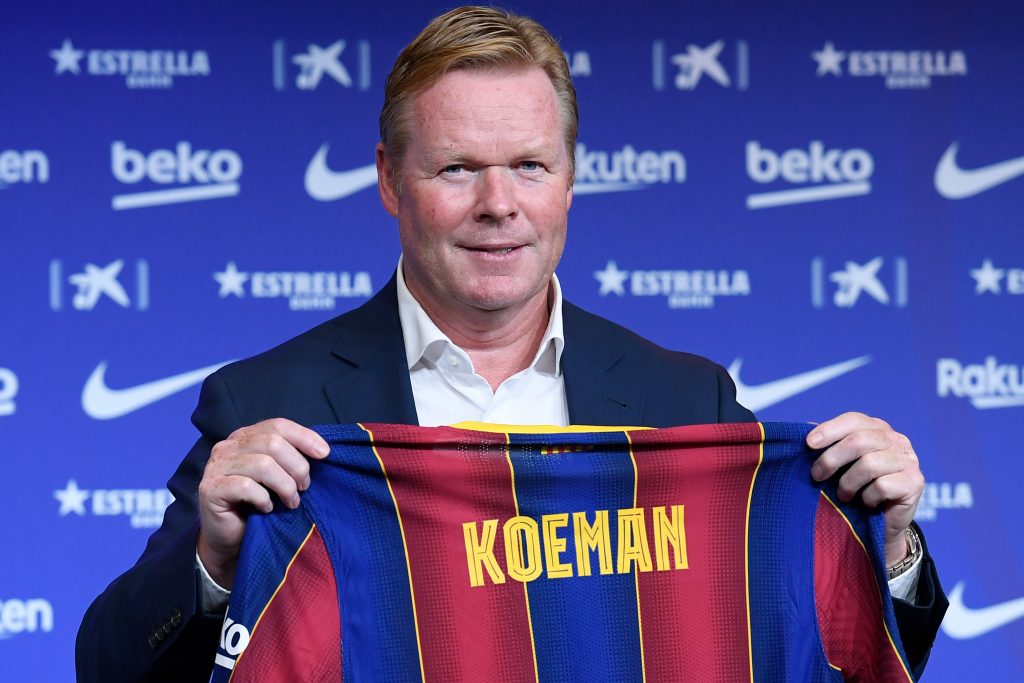 “Today is a great day for me. Barcelona is my home and I love this club. My dream has come true by being here as the manager of Barcelona.

“I will not talk about my decisions here. I will discuss things with the players first out of respect for them. If I succeed here, maybe the next president will think twice before changing me.”, said Koeman, referring to the rumors that the manager will stay only until the presidential elections in March 2021.

Koeman also spoke about the team’s heavyweight, Lionel Messi: “Messi is the number one player in the world, and I would be really happy if he stays. I don’t know if I have to convince him to stay, but we will talk. Messi still has a year left on his contract and as a manager, I would love to have him in the squad.

“Messi is the most important player for the squad. I will talk with him and explain to him what I think about his best role on the pitch under me. I want to create a team that’s attractive to watch again. The ‘8-2’ image needs to get wiped away.”, said the new boss.

In January 2019, Koeman explained the aging problem at Barcelona, but today, he thinks kind of differently: “There are certain players who you might have doubts about because of their age. But just because a player is 31 or 32 years old it doesn’t mean he is finished. They must have passion and drive. I only want to work with those kind of players.”

Koeman promised minutes for La Masia talents too: “Now is the time to play the youngsters. I don’t fear playing them if they deserve it. I will have some time to get to know them.”

We will have to wait and see how Koeman will do in Barcelona, but it is obvious that the Dutchman is more than ready to rise the club from the ashes.