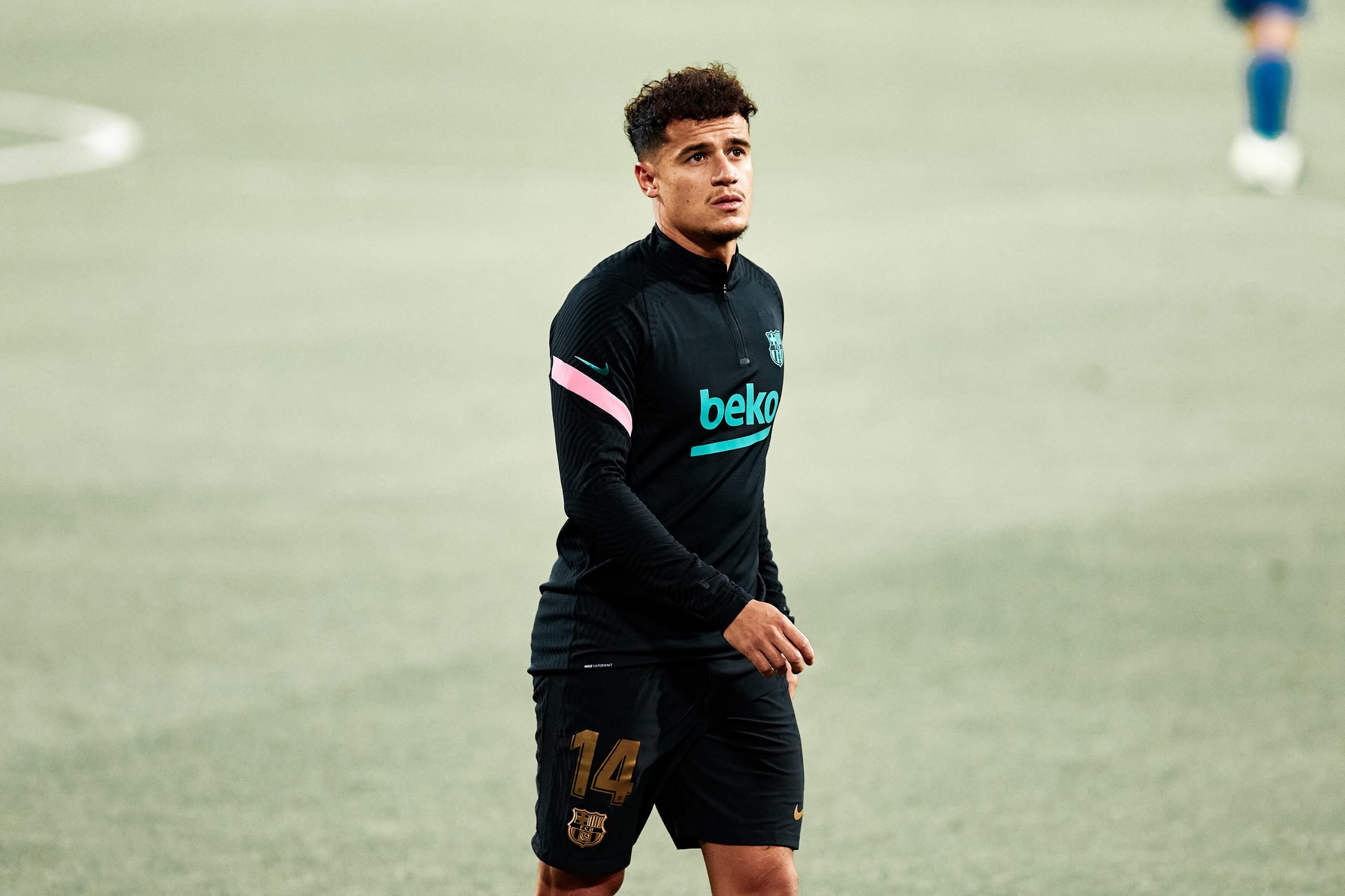 At present, the offices at the Camp Nou can be imagined as a place of high tension and stress, with a little pinch of optimism thrown in somewhere, as Barcelona’s board continues the process of turning around the mess left behind by their negligent predecessors.

With the dawn of a new season on the horizon, the Barça board need to reduce their wage bill to meet La Liga regulations in order to register their four new signings – along with a certain Lionel Messi – a task that requires hefty pay cuts and selling on several players with high earnings.

One of these players is Phillippe Coutinho, who signed for the club in January 2018 for a club-record fee worth up to €160 million and earns a reported €20 million per season at the Catalan club.

Despite a bright start, the Brazilian’s time in Blaugrana has not gone according to plan and, as a result, is not desired by many clubs, making the task of selling the midfielder a laborious affair.

With no offers still in sight, there is a possibility that Barça could freeze the Brazilian out of the coming season due to financial reasons; but with the Catalan side yet to sign a midfielder since the breakdown of the Georginio Wijnaldum deal, Coutinho could provide a solution to this problem for Ronald Koeman, but only if the club can afford it.

Not a seller’s market

When it comes to Philippe Coutinho, it is fair to say that Barcelona’s director of football Mateu Alemany has his work cut out. It is a deal like no other due to the many variables attached to it.

First of all, the reason Barcelona are desperately looking to sell Coutinho is down to the club’s current financial situation. Not only is the Brazilian on big wages, but if the former Liverpool player plays another ten games for the Catalan side, Barca will owe his former club a sum of €20 million – funds Barcelona simply do not have.

In an ideal world, Alemany would ring up Liverpool’s sporting director Michael Edwards and look to return the Reds former star for free and have the outstanding balance cleared. This is not an ideal world, though, and the door on a return to Merseyside is firmly shut, leaving the possibility of Coutinho staying considerably high.

As for the aforementioned variables, the first is clearly finances. Barcelona president Joan Laporta is reportedly looking to sell Coutinho for a fee around the €50 million mark, a fee most clubs will not pay for a player who has only shown glimpses of himself over the last three seasons.

Along with that is the Brazilians wages, which are reportedly in the region of €20 million a year. There are only a handful of clubs that can afford this sum in normal circumstances, and with clubs around Europe financially diminished due to COVID, this number cannot be matched. Even if Barça’s record signing takes an extreme pay cut, let’s say half, €10 million is still a lot to pay for a player with his recent form.

The second variable is that recent form. The 18/19 campaign is the foundation of what has led to Coutinho being judged so harshly by two Barcelona boards, where the midfielder amassed a low tally of 16 goal contributions in 54 games while mostly playing as a forward.

This resulted in the Brazilian spending the following season on loan at Bayern Munich – lining his pockets with winner’s medals – but losing his spot to Thomas Muller once Hansi Flick took over as manager.

Last season, Coutinho was part of Ronald Koeman’s plans before a ball was kicked and started the season off well. The former Liverpool man would pick up a season-ending injury just before the new year, the third variable in why he is so hard to sell.

Coutinho missed 37 games last season through injury, the majority of those with that major outer meniscus rupture and the others with a minor hamstring strain. The midfielder is back in training at present and in the final phase of his recovery, but who is going to risk buying a player off the back of a serious injury, especially when that player will cost around €50 million.

These three factors have left Barca in an impossible position, and therefore keeping Coutinho could be the only solution. If that is the case, could the Brazilian redeem himself throughout next season?

As mentioned earlier, a lot of the criticism directed at Phillippe Coutinho stems from the Brazilian’s poor 18/19 season. Many factors contributed to this, one being Ernesto Valverde’s persistence in using the new signing in a left-wing position.

The half-season before showed Coutinho’s quality in an advanced eight role, whilst last season highlighted his ability in the ten. With Ronald Koeman switching to a 4-3-3 next season, both positions become available again, which makes fitting in the Brazilian easier – albeit in a rotational role.

Heading into last season, Koeman planned to start his reign with a 4-2-3-1 set-up with Philippe Coutinho operating in the ten role. The Brazilian took advantage of this second chance contributing to the scoreboard throughout the start of the season. This form began to curtail after a poor showing in El Clasico and a hamstring injury, but the performances were not exactly disastrous.

Whilst absent, a young man by the name of Pedri stepped up and grabbed his opportunity with both hands. The young Spaniard has his starting spot nailed down for the upcoming season along with the rest of the reliable three, Frenkie de Jong and Sergio Busquets.

With Miralem Pjanic leaving, Riqui Puig out of favour with the manager, and Ilaix Moriba stuck in contract limbo; Coutinho is the logical backup for the main trio, should he stay.

Coutinho would fit in perfectly as an advanced eight, which would allow Koeman to give Pedri deserved breaks throughout the campaign without a massive drop off in quality should the Brazilian perform up to standard. The Brazilian is good in both tight and open spaces synonymous with the role, can provide the link-up play that Pedri does, and is known for scoring numerous long-range beauties – a trait that would have been useful last season.

The former Liverpool man also gives Koeman the option to play with an attacking midfield set-up, with him in the ten and de Jong and Busquets behind. There is also his ability to play in a left-wing role, although this is not advised. The point being Barcelona’s record signing is very versatile, and with a lack of midfield bodies coming into the club this summer, Coutinho gives Koeman a multitude of options.

It is no secret that Coutinho is out of favour with both the board and fans. The club’s record signing has not lived up to that title, which holds a lot of weight in itself. It is sad to see a player that was once so good go through a period like the present, and as a result, many forget the quality that is underneath.

The midfield trio for next season is set, but Coutinho could still play his part, and it does not take a lot to win back over modern-day fans and turn things around. Should one of the trio pick up an injury, a handful of solid performances in a row and a last-minute thunderbolt could get people believing again. The main question, however, remains, can Barcelona afford him to play? If not, this all becomes irrelevant.