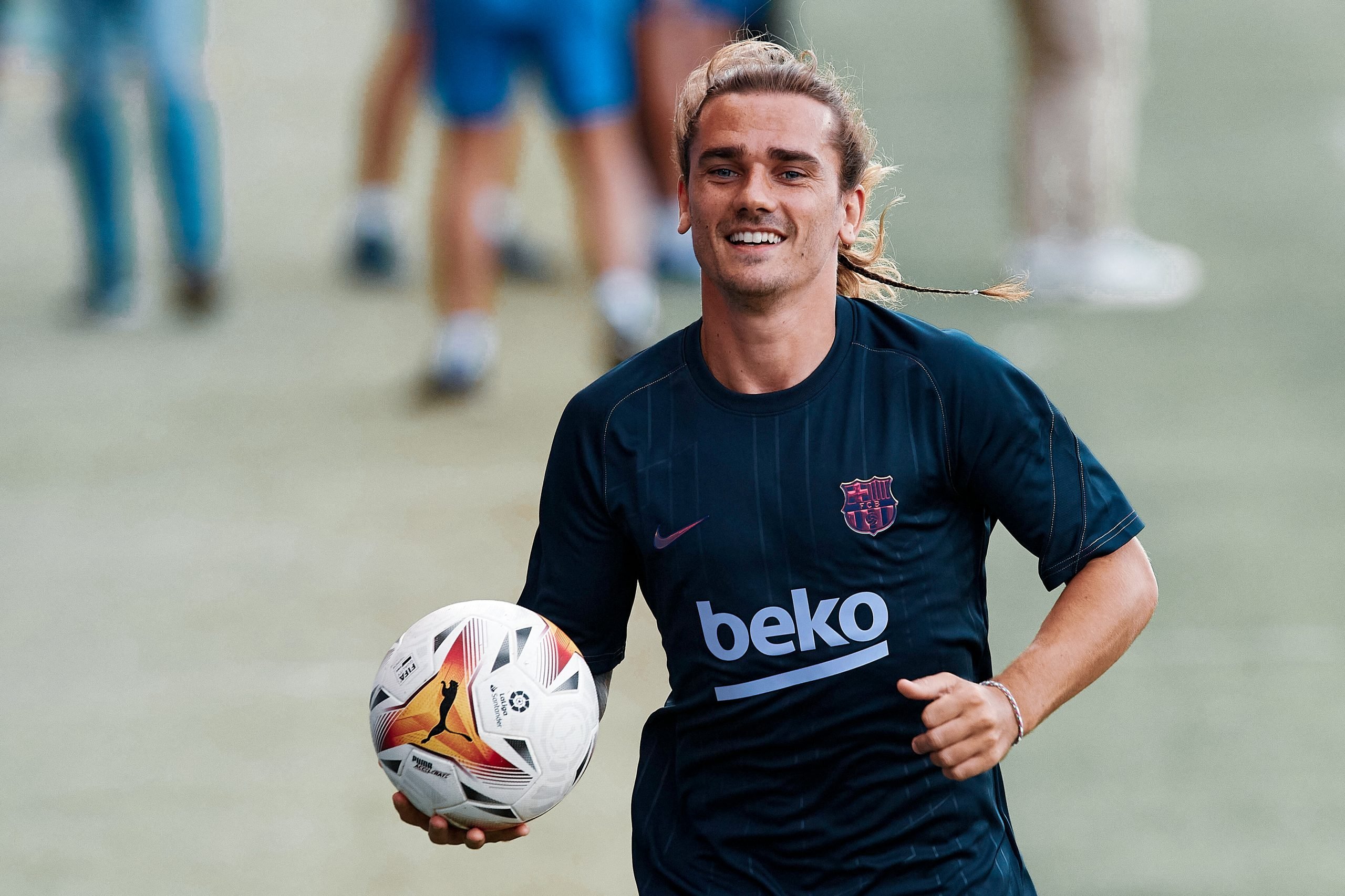 Subsequent to the widespread, though now dead rumours that Antoine Griezmann could be shipped to Atletico de Madrid in exchange for Saul Niguez, there was just about as strong a sense of relief as there was despair. A normally unified fanbase found itself split right down the middle, as few truly knew what to make of the situation.

The camp that argued in favour of him staying held the belief that giving him away would be detrimental to the dynamics of the team. After all, due to injuries and slow recoveries, Barcelona currently have no active wingers at their disposal, only makeshift wide players, as is the case with midfielder Alex Collado and with Griezmann himself when Barca used the 4-3-3.

There is also the worry that letting him go would mean that structural integrity would be at an all-time low. This is due to the fact that the forward line of Lionel Messi, Kun Aguero and Memphis Depay has been largely infamous for their inability to press. The Frenchman would make their lack of pressing less of a burden on the team by putting in his own shifts in defence.

Now, it seems the tide has shifted, and Griezmann might be closer to staying than leaving. Is that in favour of Barcelona’s future, both sportingly and financially? Barça Universal explores the multi-layered benefits of letting the World Cup winner leave or rather pushing him out to save the ship.

The positional and financial misfit

In 2013, before the arrival of Neymar Junior from Santos, Johan Cruyff publicly stated that if it were up to him, he would never have brought the Brazilian in. This isn’t because of his quality, which even at the time was ethereal, but the concerns pertaining to his similarities to Lionel Messi.

Given his age, moulding him into a winger wasn’t the toughest of tasks, but now, in Paris Saint Germain, he bears far more similarities to his Argentine counterpart than he does himself from seven years ago.

Had the Dutchman been alive to this day, there is little doubt that he wouldn’t say the exact same about Antoine Griezmann. In Atletico de Madrid, as well as his national team France, the Frenchman, minus his dribbling, is as close as one can conceivably get to Messi.

He has an uncanny yet natural ability to drop deep and create numerical superiorities on the ball, make switches from one side to the other to alleviate pressure from one tightly congested zone to one more liberated, and when in between the lines, he performs to devastating effect.

When working in tandem with a number nine, he can lacerate the opposition defence with a well-timed pass or just as easily take an effort on goal himself with his left foot. Sounds familiar?

Of course, it does. Any article written on sextuple Ballon D’or winner Leo Messi would have more or less the same descriptors. Even from a purely statistical standpoint, Griezmann has consistently been half the player Messi is in almost every metric.

As per Understat, since the 2014/15 season, Griezmann has averaged more or less half the shots, goals, key passes, assists, expected goals, and expected assists as his club captain.

Given the current financial climate, Barcelona can only afford to keep one of the players unless the former Atletico man agrees to yet another massive pay-cut (he already took one when joining Barça).

The idea surrounding the potential swap deal between Barcelona and Atletico, or the more recent rumours linking him to a move in the Premier League, would ease the process of allowing Messi back into the club.

Simply put, the wages that would otherwise have been spent on one of Barça’s highest earners would naturally go a long way in easing the process of re-signing the Argentine maestro, which president Joan Laporta has publicly stated as his primary objective for the summer.

Some would argue that it would be better to let the Barcelona number 10 go for free, but that raises another question: why would Barc`a voluntarily settle for less quality at the same cost?

As per several reports, Messi is willing to take a 50% wage cut and a five-year contract, and as of right now, there is little to no concrete evidence regarding Griezmann’s contractual situation. Unless something similar happens with the Frenchman, then there is a possibility that as of next season, he could (undeservingly) be the Blaugranas’ highest earner.

For a man that demands the same sorts of liberties as Messi on the pitch, Griezmann is far less effective at taking advantage of them.

While an exceptional footballer, his overall thinking is just that much slower than Messi’s, his shot creation is at a lower bar, he creates comparatively fewer chances. While he presses far more than any of Barça’s other forwards, the ratio of costs versus benefits isn’t worth the excessive wages.

Between November and the end of the season, it seemed as though he had one brilliant month followed up by one abysmal one. He can be awarded freedoms, but he is not free to be that inconsistent and have his form all over the place.

This is also without mentioning that he is partly the cause of yet another dolman in the final third: monotony in player profile. The arrival of Memphis Depay could mean that Barca have a “third Messi” in their ranks. When briefly analysing the wage and positional issues, Depay is far less costly and offers many of the same services, some even at a higher degree.

For instance, last season, the Dutch forward averaged twice as many key passes and expected assists and was more or less 50% more productive in his goals per game and shot averages. Granted, he did score around half his goals from the penalty spot, but even when factoring that in his overall productivity on a game by game basis is still above that of Griezmann in a worse side and earning one-sixth his annual salary.

Depay is also better suited to playing in wider areas than Griezmann. Before Koeman’s tactical innovations after the turn of the year, playing the Frenchman out wide was a death sentence. Little productivity was offered in terms of natural width, and this too regardless of whether or not he put in a shift defensively.

It is fair to say that his wing play improved dramatically this year, but when others offer the same, if not better quality, at less of a cost, then the need to keep him at the club naturally diminishes. His immediate replacement in his dutch counterpart has the possibility of offering more dynamism at a much lower risk.

For all he costs the club, Griezmann does not consistently enough to prove himself to be worth his salary. His similarities to Messi mean that one has to leave the club, and that won’t be Messi; not if Laporta has anything to say about it.

When compared with the likes of Depay, an individual of almost identical, if not higher levels of productivity, then the allure to keep him diminishes. For one-sixth of his wages, Barça get a similar profile. Rather than congest the team through the growing monotony in player profile, Griezmann should find himself another club. The deal to Atletico Madrid seems to be closed, therefore a move to England would be beneficial both to him and the club.