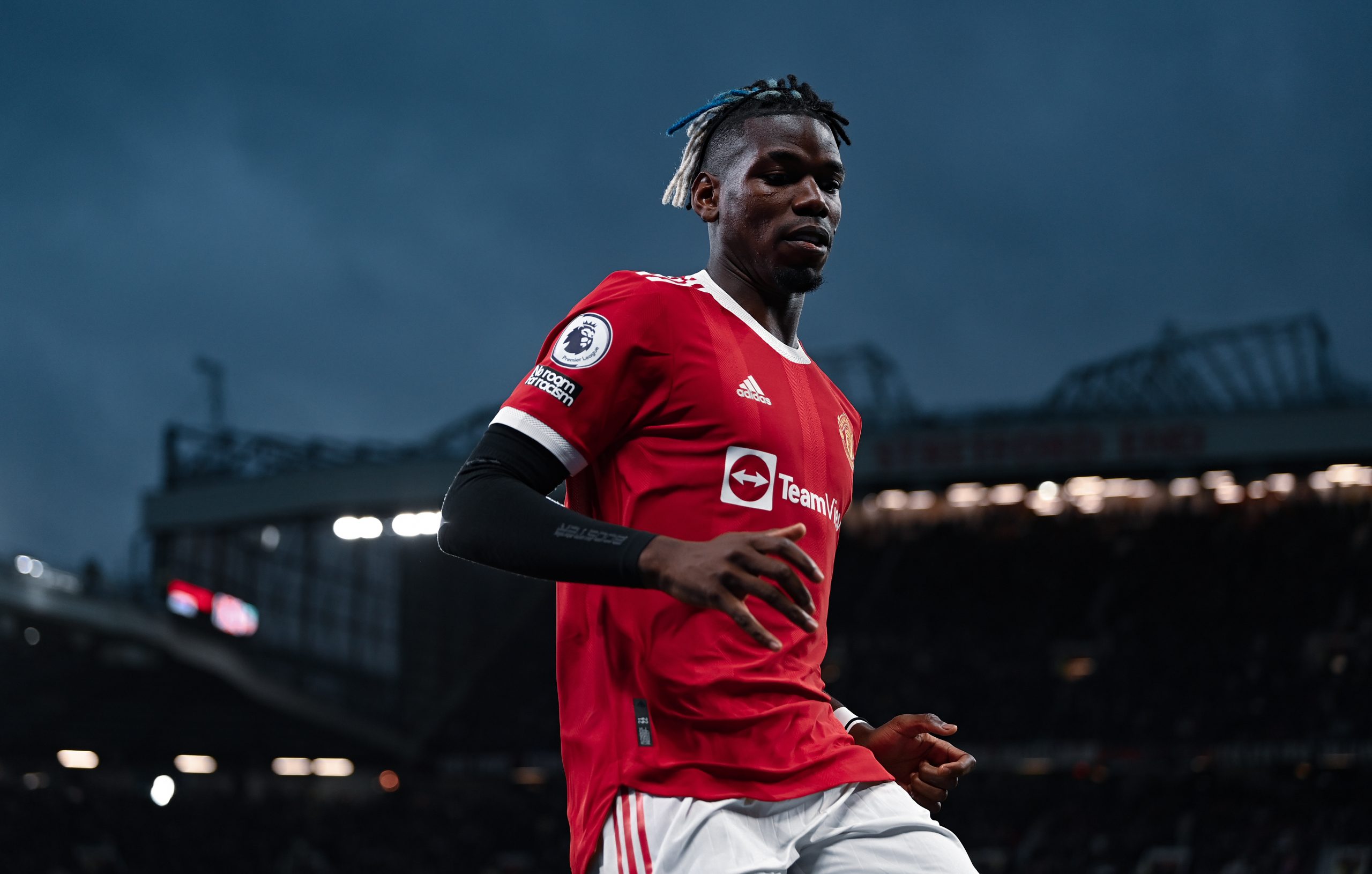 Paul Pogba enjoyed a stellar start to the 2021/2022 campaign with both club and country. Having an exceptional team around him, he has assisted 7 times in the Premier League. The Frenchman, despite some recent hiccups, could be en route to Thierry Henry’s and Kevin de Bruyne’s record of 20 assists in a season.

He was sent off against Liverpool, but that does not take away his critical contribution to kick-start United’s campaign.

As far as the French National Team is concerned, Pogba has always been a highly integral part of it, one who just cannot be benched. Usually deployed in a deeper role along with N’golo Kante, Pogba gets a lot of freedom to his trademark over-the-top passes for Kylian Mbappe and Karim Benzema, both of whom have dangerous off-the-ball movement.

In the last couple of seasons, the midfielder has been linked to a move away from Old Trafford. Paul Pogba’s agent Mino Raiola has time and again expressed his clients desire to leave Manchester United, with the most pertinent one being a day before the match against RB Leipzig in the Champions League last season.

However, since that incident, it had seemed as if Pogba had finally started to deliver without fail and has drastically stepped up his game.

Last season, the 28-year-old matched his product to occasion and came through when Red Devils needed it the most. Equaliser against West Ham United, the winner against AC Milan in the Europa League, a banger with his left foot at Craven Cottage, and a brilliantly timed volley at Turf Moor are cases in point about the zeal of the player to prove his worth to the Old Trafford faithful.

Now, despite a topsy-turvy start to the season, the signings of Jadon Sancho and Raphael Varane, and the return of Cristiano Ronaldo, there’s a positive feeling around the club that the World Cup winner would put pen to paper and sign a new deal.

But speculations never end, especially for a player of that calibre.

Real Madrid, Paris Saint-Germain, and his beloved Juventus have all shown an interest in him. But these aren’t the only ones, for it is rumoured that Barcelona, too, have shown their interest in signing the player despite having a financial crisis at hand.

The Catalan giants are apparently monitoring Pogba’s contract situation on Xavi’s request, set to expire in 2022 as they look for reinforcements for next summer. If it goes through, it’ll be four years after they first tried to snap him up.

But that’s beside the point; looking at the current scenario, with a minimal budget, the question that is crucial is do Barcelona need Paul Pogba in the team? We at Barça Universal believe that pursuit is somewhat misguided on multiple grounds.

Looking at it from a tactical perspective, this is not exactly what Barcelona need. There’s absolutely no doubt that Pogba on his day is unbeatable in the centre of the park, but his defensive work rate is a cause for concern.

In fact, the player Barça are chasing, probably in the search for a ‘physical midfielder’, may not be entirely accurate. Pogba definitely holds the ball exceptionally well, carrying it across the press, but he doesn’t use his strength in the defensive half of the pitch. In fact, he is often beaten easily during defensive transitions and is found on the end of lazy work.

Chasing Pogba for his physical attributes is probably not the correct analysis, and hence the club should look elsewhere for that particular type of player. During his time at Man United, there have been numerous occasions where the player has held the ball unnecessarily, which has led to a goal or a breakaway for the other team.

Pogba cannot do the dirty job associated with defensive midfielders, either. Giving away a sloppy penalty against Arsenal last season is a pertinent example of the same.

The reason Pogba flourishes on another in a French shirt is that he doesn’t have to protect the backline almost at all. Kante’s works day and night to do that, which coupled with quick defenders like Jules Kounde, Presnel Kimpembe, Benjamin Pavard, and Lucas Hernandez, gives them more than enough room to recover on the break.

Apart from the technical and tactical outlook, an angle that Barça needs to focus on more than anything else is the financial side of this potential signing. If Manchester United let go of Pogba, they’d be saving a massive €18-20 million in wages every year.

The new contract kept on the table is rumoured to be touching €450k per week. The situation around the club from Spain is dire, and such an expensive player probably does not have a place in Barcelona’s plans right now.

Rather than spending such an enormous amount on one, it is time for Barça to revamp the entire squad, and the Frenchman is not the solution for the Catalan Giants.

If the club is looking for a central or defensive midfielder, there are definitely better names to consider that come under the ‘physical’ bracket.

Yves Bissouma is one option that could come in very handy for the club. A very underrated player, who has been on the radar of a couple of Premier League clubs, Bissouma is an impressive defensive midfielder.

Similar to Pogba in the sense that he likes to kick-start most attacks, he has a vast range of passing, is agile, quick without the ball and very physical as far as defensive traits are concerned.

Not to forget, Bissouma is quite versatile and boasts of an excellent right foot, suggesting that he could turn out to be vital in the attacking half of the pitch.

John McGinn is another player that could potentially solve the midfield problem at Camp Nou. The Scottish midfielder boast of an awe-inspiring work rate from the heart of the midfield. Despite his height, he is firm with the ball and shrugs off opponents with ease.

A box-to-box midfielder, McGinn is a very versatile player who can switch flanks with an accurate long ball and has quite a shot in him, which comes very handy at the edge of the box for Aston Villa.

The aforementioned duo listed above could be very economical signings yet valuable players for the club, especially in these testing times for the Blaugranas. And as for Paul Pogba, despite being inarguably world-class, there are several reasons which suggest that FC Barcelona should probably not go for the World Cup winner.