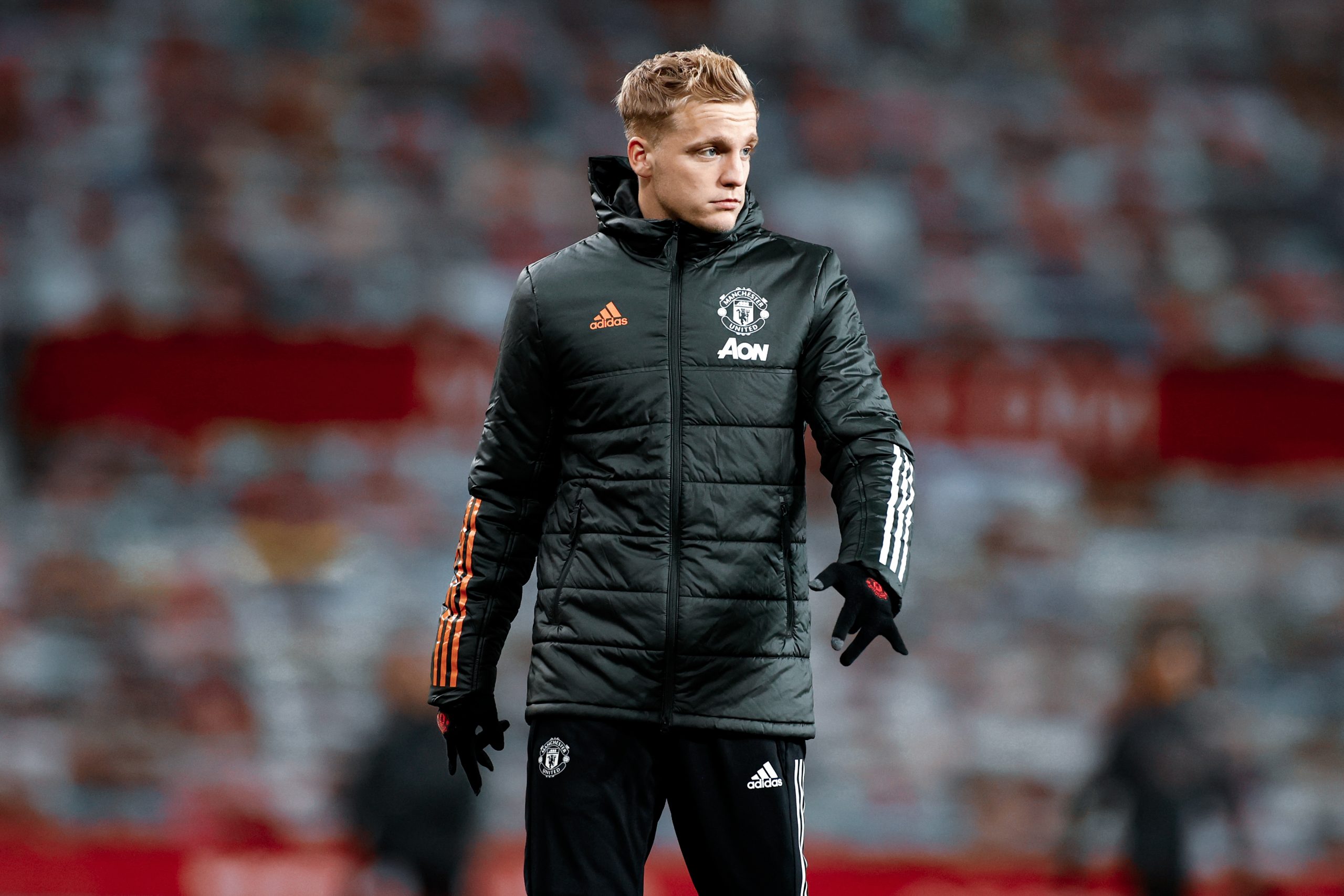 In 2018/19, a fresh-faced Ajax team took the world by storm. They were only minutes from the Champions League final and had eliminated giants like Juventus and Real Madrid. They were led by a series of players who would soon leave for fresher pastures.

Some of these names included Matthijs de Ligt, Hakim Ziyech, and Barcelona’s own Frenkie de Jong. Amongst them was Donny van de Beek, a then-22-year-old midfielder with loads of potential.

Van de Beek would earn his move to Manchester United in the summer of 2020, but unfortunately, his time with the Red Devils has been anything but successful. The Dutchman is now faced with the prospect of fading away in the stands of Old Trafford.

Van de Beek rose through the ranks of the famed Ajax youth academy and made his first-team debut at 18-years old. He was a promising youngster who won Ajax’s Talent of the Future Award following the 2014-15 campaign. In fact, his stock was so high that Barcelona reportedly had their eyes on him all the way back in 2016.

Flash forward five years later, and the Blaugrana are still linked with the midfielder. Reports have more prominently revealed their desire to sign Dani Olmo or Raheem Sterling on loan. Should Van de Beek be added to that list?

Van de Beek is an all-around midfielder– the type you would expect Ajax to produce. He is technically gifted, precise with the ball, and full of dynamism. Of course, you have to be, to constantly get linked to Barcelona.

Positionally, the 24-year old can play as a number 10, like he did most of the time with Ajax, as an interior in a midfield trio (number 6 or 8), or even in a double pivot. It is worth mentioning that he is attacking-minded, and as such, should ideally be paired with a more defensive-minded player when in a double pivot.

Nevertheless, his work rate is head and shoulders above most. According to fbref.com (compared to positional peers over the last 365 days), his tackles and pressures in the attacking third place him in the 99th and 92nd percentiles, respectively.

Perhaps Van de Beek’s best attribute is his off-ball-movement that comes with high positional awareness. He consistently crafts out chances for his teammates by dragging defenders and creating pockets of space they can run into.

He can be characterized as a box-to-box midfielder who loves making late runs into the box and getting on the end of crosses. He is pretty natural in 1-v-1 situations. He is also adept at setting up teammates with crafty through-balls into the penalty area. Impressively, in his final two seasons at Ajax, the midfielder tallied a combined 27 goals and 24 assists.

Evidently, Van de Beek does most of his damage in the attacking third, but that is far from the whole story. The Dutchman’s impact is felt all over the pitch. While the sample size is small, he always finds himself in positions to receive the ball, dropping deep or even moving out wide.

Furthermore, Van de Beek is only 24-years old and has plenty of room for growth. The problem is, his development has somewhat stagnated while at Manchester United…

After a year in Manchester, Van de Beek has made 15 starts and totalled 1,609 minutes played. By comparison, that total is almost half the minutes he played at Ajax in 2019/20 alone. The reasons for this severe lack of playing time are shrouded in mystery – not unlike Riqui Puig’s situation. He has not been shy in expressing his disappointment in being subbed too early or being left out of the team altogether.

On the one hand, maybe he hasn’t entirely performed up to Ole Gunnar Solskjaer’s standards. He also has to compete with world-beaters like Bruno Fernandes and Paul Pogba for minutes. On the other hand, it’s challenging to perform with so little time to shake off the rust, and perhaps questions about whether he was given a fair shot are well-founded.

Unfortunately, Van De Beek is spending his crucial years of potential development on the sidelines.

Where would he fit in at Barcelona?

If Barcelona were to acquire Van de Beek, where – and how – would he fit? He would likely not be a starter but could still be a vital rotation piece, coming in at crucial times when the opposition are on tired legs. Stylistically, his dynamism and runs into the box would help the Catalans attack that can get one-dimensional. Admittedly, his ex-teammate Frenkie de Jong already fills this role. Having more options never hurt anybody, though.

At Barcelona, Van de Beek can slot in as an interior in a 4-3-3, 3-5-2, or even a number 10 in a 4-2-3-1, which were all systems used at some point by Ronald Koeman. However, the prodigal return of Xavi as coach now opens up a world of possibilities.

It is unlikely that the legendary midfielder-turned-manager will deviate too much from a tired and tested 4-3-3 system that had tremendous success in his playing days and his managerial tenure at Al-Sadd.

The 24-year old would fit pretty seamlessly with the Catalans’ possession heavy approach, not to mention one that desperately needs verticality and pace.

His versatility would prove extremely vital in squad rotation for starters, meaning he would have plenty of opportunities to feature. Additionally, his arrival would put less pressure on youngsters like Gavi or Nico to instantly perform, regardless of their sky-high potential. That could help their development years down the line as they would not have to be rushed or overworked.

While Xavi will most likely trust them in the long term, he is also arriving when the team is under considerable pressure for immediate results to steady the ship.

Signing Donny Van de Beek on loan would not come without question marks, but it’s a low-risk, high-reward move the Blaugrana should pursue. At worst, he underperforms and is kept on the bench. At best, he becomes a crucial cog and reignites his career.

Financially, facilitating the move is of little to no concern either, due to it being a loan. Reports indicate the Dutchman’s annual salary to be around 6 million euros. For only half a season, that sum could easily be split between Barcelona and Manchester United.

All signs are pointing in one direction: Barcelona should acquire his services in January.