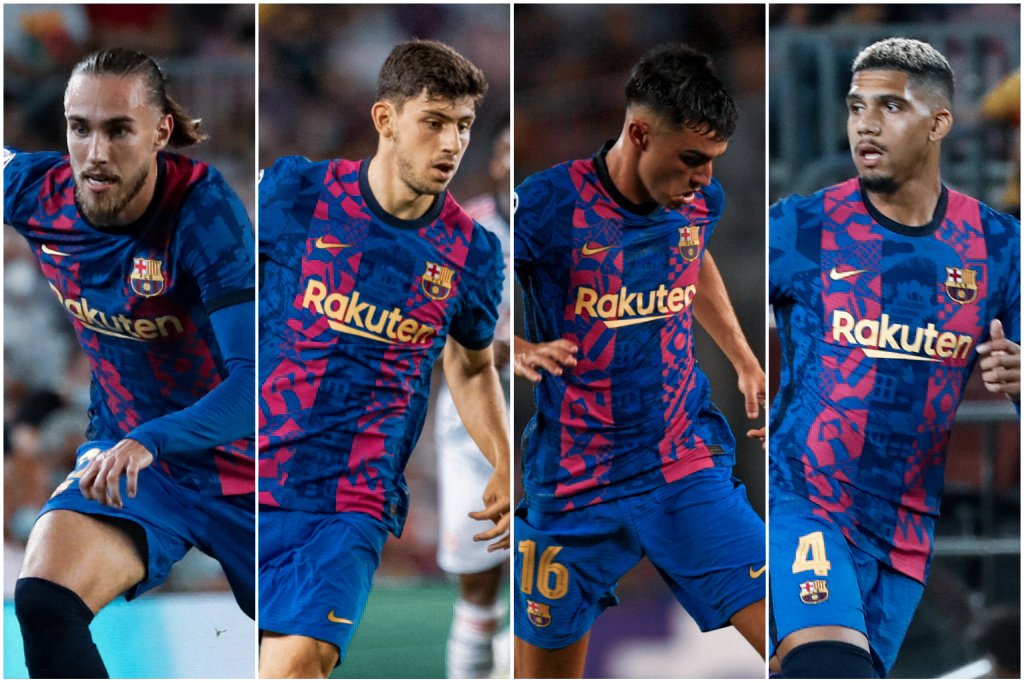 The perfect squad incorporates the past, present, and future. It isn’t too young, nor too old, or too inexperienced or full of elder statesmen.

Take Bayern Munich, for example. They have experienced world-class veterans with the likes of Thomas Muller, Robert Lewandowski, and Manuel Neuer, players entering the prime of their careers such as Joshua Kimmich and Leon Goretzka, and youngsters ready to inherit the throne like Dayot Upamecano and Jamal Musiala.

With the right set of players and the correct transfer strategy, this sets a precedent for a sustainable team, one that can grow and expand with support and flexibility.

For Barcelona, their squad has not seen this kind of balance in years. If you were to time travel back to 2019/20 and ask culés, “what is the biggest problem facing Barcelona?” they would most likely answer, “the squad is too old.” Flashforward to 2021, and the question of the squad being too young is a valid one.

Throughout this article, Barça Universal will explore the said question. Additionally, we will look at the pros and cons of having a so-called “young squad” and determine whether this is a potential issue for the Blaugrana.

A tale of old and young

Before getting started, let’s take a look at how Barcelona got into this situation in the first place. Years of ill-advised transfer and lack of long-term planning resulted in a mismatched squad far from perfect – or balanced.

Long-term starters were let go without any long-term replacements, said replacements were poor fits, short-term fixes were commonplace, and youngsters were seldom given sufficient chances to grow into key players.

In 2019/20, the problems of an ageing squad in need of immediate replacements were at an all-time high. These problems notably included a lack of urgency and pace, and the healthy balance of youth and experience every team strives for was missing.

It all culminated with the infamous 8-2 beating at the hands of Bayern Munich, after which a series of veterans such as Ivan Rakitic, Arturo Vidal, and Luis Suarez were unceremoniously ousted. Consequently, the squad was severely depleted in terms of numbers and rotation pieces.

The following season (2020/21), youngsters permeated the team, both out of necessity and Ronald Koeman’s preference. New kids on the block included Pedri, Ronald Araujo, Oscar Mingueza, Ilaix Moriba, Sergiño Dest, Riqui Puig, Francisco Trincao, and the injured Ansu Fati. Optimistically, after years of an unclear future, the Catalans’ could look to the horizon with confidence as a “young core” finally came to fruition.

Now in 2021/22, and the divide between old and young has widened even further. Youngsters form the backbone of the team, both on the pitch and off the bench.

Some such as Araujo, Pedri, (and Fati) have proven themselves capable of competing with Europe’s best on a regular basis, while Dest, Eric Garcia, and Mingueza, for example, are worthy rotation pieces with high upside and at least a season of professional football under their belts.

Still, the likes of Nico Gonzalez, Gavi, Yusuf Demir, and Alejandro Balde are the definition of fresh faces, with all having made their first-team debuts in the last month and are often the first options off the bench. Every single one of these youngsters has a future in the team, however, can Barcelona rely on – solely – them whilst hoping to compete for silverware?

Now with the issue at hand, let’s explore the pros and cons of this “young squad” and determine whether it is a problem for the Blaugrana.

Ripe for a rebuild

With a young squad comes opportunity, optimism, and the chance to begin anew. In other words, the much-awaited “rebuild” is finally here. With a potential starting-eleven of talented youngsters, Barcelona can realistically dominate world football for the next decade and a half.

The only question is whether the players will fulfil their potential and if the right coach is in place to guide them. Above all else, patience is required to see out years of struggle and player development.

On the other hand, at a club like Barcelona, there is arguably no time for a rebuild. While so-called “Golden Years” and peaks are not expected to last forever, the lows should not be as low as what the Catalans find themselves in right now. One can even look at clubs like Real Madrid as examples of how to handle “rebuilds” while simultaneously staying competitive.

Evident in any sport, young players bring a unique dimension whenever playing. They are full of energy, urgency, and intensity, yet also inexperienced. There is no better example of this than the recent match against Bayern Munich.

When Balde and Gavi were brought on for Jordi Alba and Busquets, respectively, and to a lesser extent Demir, they instantly changed Barça’s fortunes. Balde offered lethal pace and directness against the Bavarians’ highline, and Gavi helped the team establish more of a presence in the middle of the park, not to mention plenty of energy on both ends. Conversely, their inexperience showed in terms of a lack of poise and composure.

Balde often looked lost upon reaching the final third and lost possession multiple times in the same area. As for Gavi, he narrowly escaped a red card as he attempted to disposses Goretzka with a sliding tackle.

Meanwhile, Demir was clearly at fault for Bayern’s third goal as he lost the ball in a dangerous area while playing as a wing-back.

The inexperience factor is a crucial one, however, and worth more investigating. If Barcelona relies too heavily on these youngsters, how can they possibly compete for Europe’s most prestigious trophies? Looking at last season, inexperience reared its ugly head against top opposition. The hard truth is, this will only continue into the near future.

To put it bluntly, Barcelona’s squad is undoubtedly too young to compete at the highest level, regardless of how talented some of the individuals are. After all, experience shows its importance in the biggest of games.

Still, solutions are right around the corner. In the upcoming transfer windows, the Catalans should ideally target established players in or around their primes. That way, they can add more squad depth and much-needed experience.

Young or old, one thing is for sure: there’s plenty to be excited about.