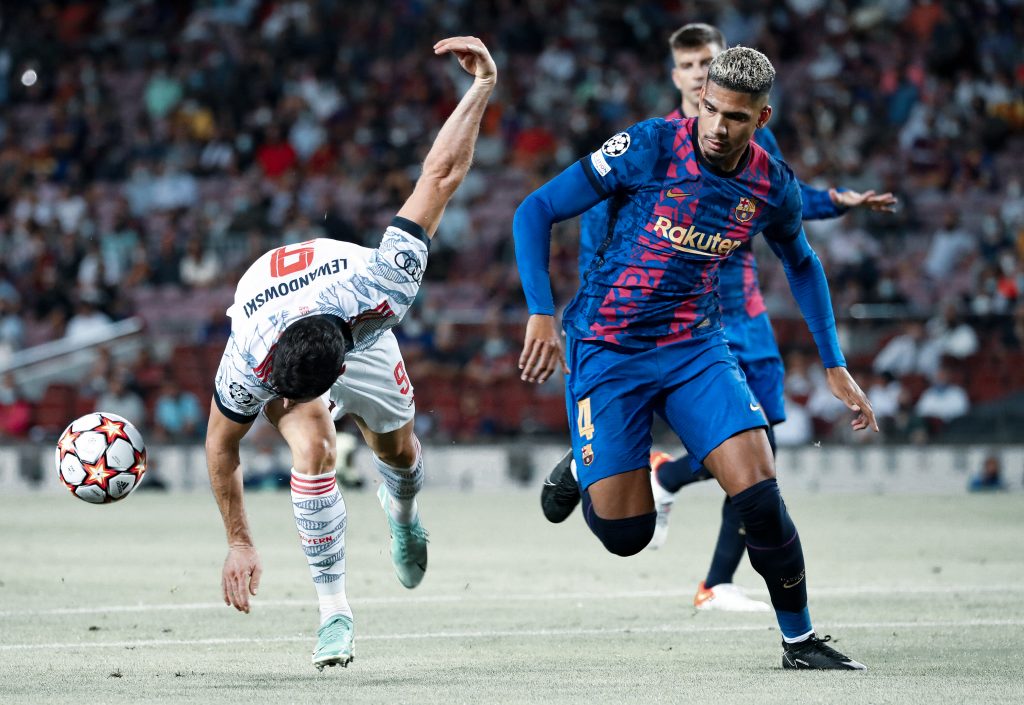 In their first meeting since that infamous night in Lisbon, Bayern Munich comfortably beat Barcelona 3-0 in the Camp Nou. Although the match started fairly balanced, the Catalans could not keep up with Bayern’s intensity and quite frankly, quality.

Ter Stegen did well to stop most of Bayern’s attacks and couldn’t be blamed for the three goals conceded. In fact, he made some stellar saves, particularly against Leroy Sané early in the second half.

Undoubtedly Barcleona’s best player on the pitch, Araujo continued to prove why he is one of Barcelona’s most important players. He confidently stood his ground against some of the best attackers in the world, winning multiple duels against Lewandowski and Sané. It’s only unfortunate that the team conceded three goals.

Alongside Araujo and Eric Garcia, Pique did not stand out defensively, but wasn’t exploited either.

Eric Garcia had a forgettable night, failing to establish a commanding presence and deflecting Thomas Muller’s shot into the back of the net.

Playing as a right wing-back, Roberto provided more width up front than usual, however he couldn’t help contain Alphonso Davies and Sané down the right-hand side.

Frenkie De Jong had a challenging night, although was still a threat when given time and space.

Despite having the added cover of three centre-backs, Busquets failed to control the midfield and was suffocated by Bayern’s press. He was subbed off after only 59 minutes.

Pedri had an uncharacteristically disappointing performance, as he was overrun by the opposing midfield and couldn’t help create chances.

Initially a doubt to play, Alba’s night was epitomized by plenty of crosses with no targets hit. Against the Bavarians’ highline, his pace and quick play were not maximized.

Luuk De Jong’s debut night was surely one to forget as his contributions on both side of the game were far and few between.

Up front alongside Luuk De Jong, Depay did not receive enough support to make a difference.

Subbing on for Alba, Balde was extremely threatening and made various incisive runs. With Alba likely set to be sidelined for the next match, keep a close eye on this talent.

Gavi came on in the 59th minute for Busquets and brought some excitement and urgency to the game.

Playing in his first match in almost a year, Coutinho brought a new dimension to Barca’s midfield.