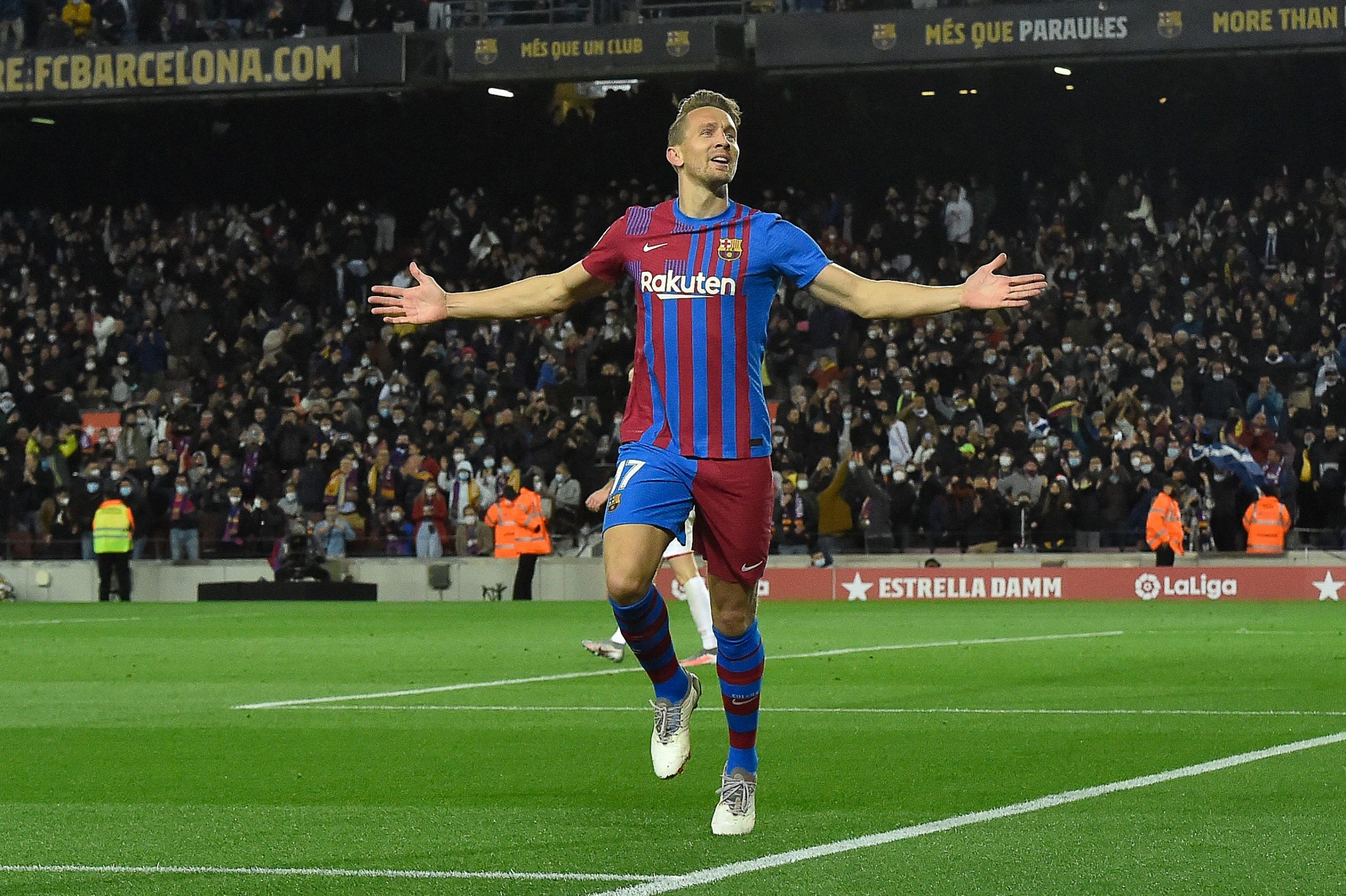 From being shunned by the fans upon his arrival, to achieving somewhat of a cult-hero status, Luuk de Jong has had a major turnaround at Barcelona.

This past Sunday, the Dutchman once again came to the team’s rescue, scoring a late winner against Levante. He now has scored six goals in 16 La Liga appearances for the Catalan giants and has won six points for his team from his strikes.

Naturally, it has led to talks about his future and whether Barça would consider keeping him at Camp Nou beyond the season. While the club are yet to make a decision on the matter, de Jong certainly wishes to continue at the club.

Speaking in an interview with Ziggo Sport, the striker made his intentions clear, saying: “After this season, I’m going to look at my options. I think every player would say he would prefer to stay at Barcelona. It’s not a question for me.”

Luuk de Jong was signed late in the summer transfer window last year by then-manager Ronald Koeman, as a replacement for Antoine Griezmann.

Having arrived on loan from Sevilla, the towering striker failed to make much of an impact in the early parts of the campaign and soon became a bit-part player. When Xavi took over the reins of the team in November, it looked like the end of de Jong’s stint at Camp Nou.

Indeed, the 42-year-old tactician hardly called upon the services of the Netherlands international in the first month or two of his tenure. However, a series of injuries forced Xavi to reinstate Luuk de Jong into the side and the centre-forward made the most of it.

Important goals against RCD Mallorca and Granada in the month of January earned him the manager’s faith, while the 31-year-old also netted against Real Madrid (Super Cup) and Espanyol to further endear himself to the fans.

The arrivals of Pierre-Emerick Aubameyang and Ferran Torres have eaten into his game-time as expected, but de Jong has carried himself in a professional manner and made the most of whatever chances come his way, as was seen against Levante.

But with Barcelona targeting another new striker in the summer, it is unlikely that the 31-year-old continues at Camp Nou beyond the current season.