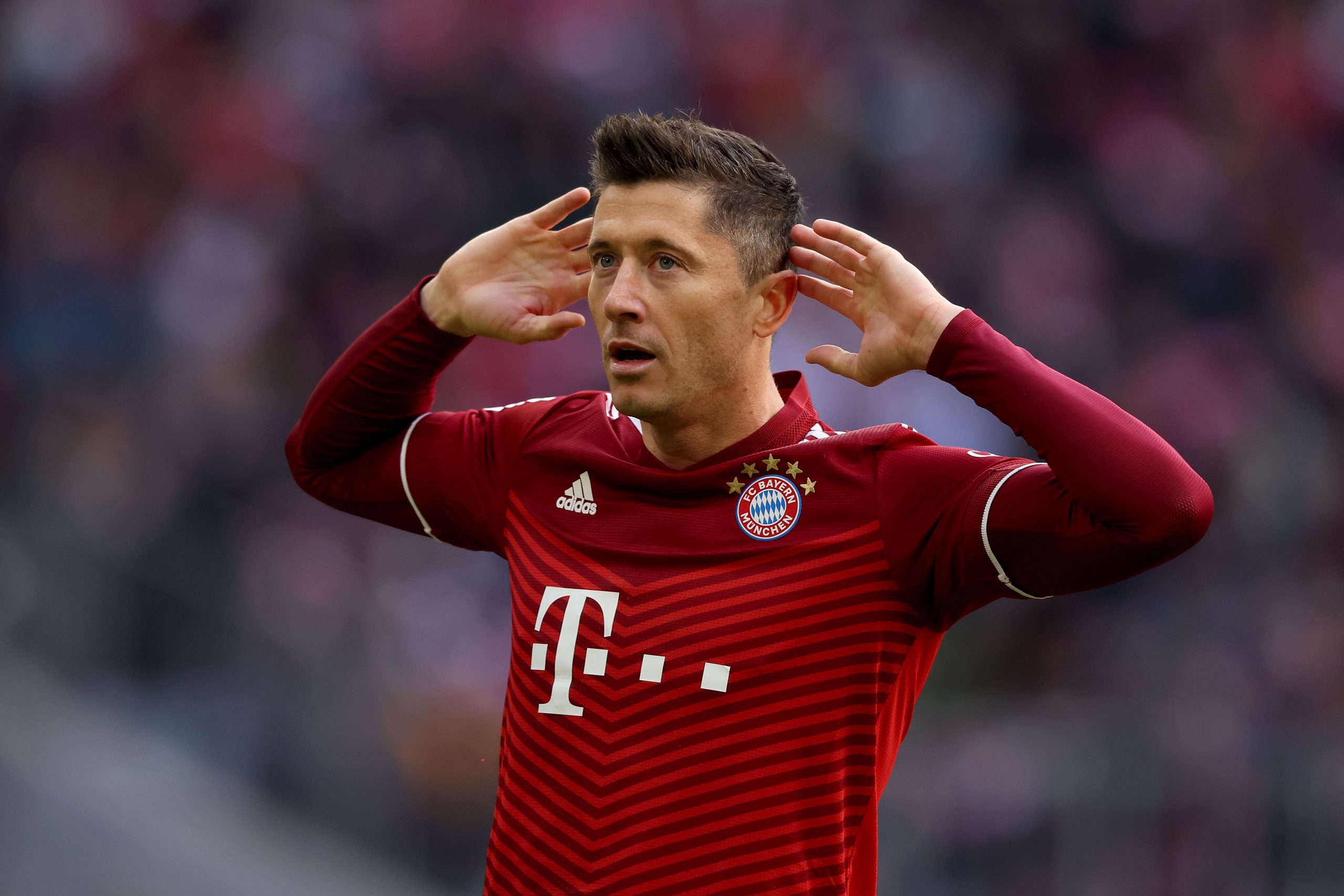 Bayern Munich forward Robert Lewandowski is growing increasingly excited about the prospect of playing for Barcelona next season so much so that his agent, Pini Zahavi has already held talks with the club president Joan Laporta.

According to Fabrizio Romano, the Poland forward is not happy with the current situation at Bayern since the German champions have not made any effort to tie him beyond his ongoing deal.

“I’m told Bayern still haven’t received any communication for Robert Lewandowski [from Barcelona],” he was quoted as saying during his Here We Go Podcast.

“It’s not something new that the forward is not happy with the current situation at Bayern. He has been waiting for Bayern to offer him a new deal since last summer after the team said no Paris Saint-Germain,” he added.

While Bayern still have not offered him a new deal, they are pretty much clear about their intentions. Since his ongoing contract runs out in 2023, they expect him to agree to whatever terms they put forward or leave the team before 2023 so that they could get a decent transfer fee.

“Bayern still haven’t offered Lewandowski a new deal. The situation is pretty much clear from their front. They are saying ‘new deal or leave the club’. There will be no contacts in 2023.”

Knowing the situation, although Barcelona have not made any direct contact with Bayern, they have indeed met with the player’s agent which has more or less made Lewandowski excited about the move.

“Joan Laporta and Barcelona board had a direct conversation with Pini Zahavi and it’s been learned that Lewandowski is open to exploring opportunities in Barcelona,” said Romano

“He is curious to know about the life in Barcelona and is asking the players about the club,” he added.

Before concluding, the journalist confirmed that more than the salary, the length of the contract will be the focal point. The 33-year-old wants a three-year deal, and Barça are very well aware of his demand.

“The really important point between Barcelona and Lewandowski is not only the salary but it is the length of the contract. He wants a three-year deal and Barcelona know about it. There has been conversation around it but nothing is finalized,” he concluded.