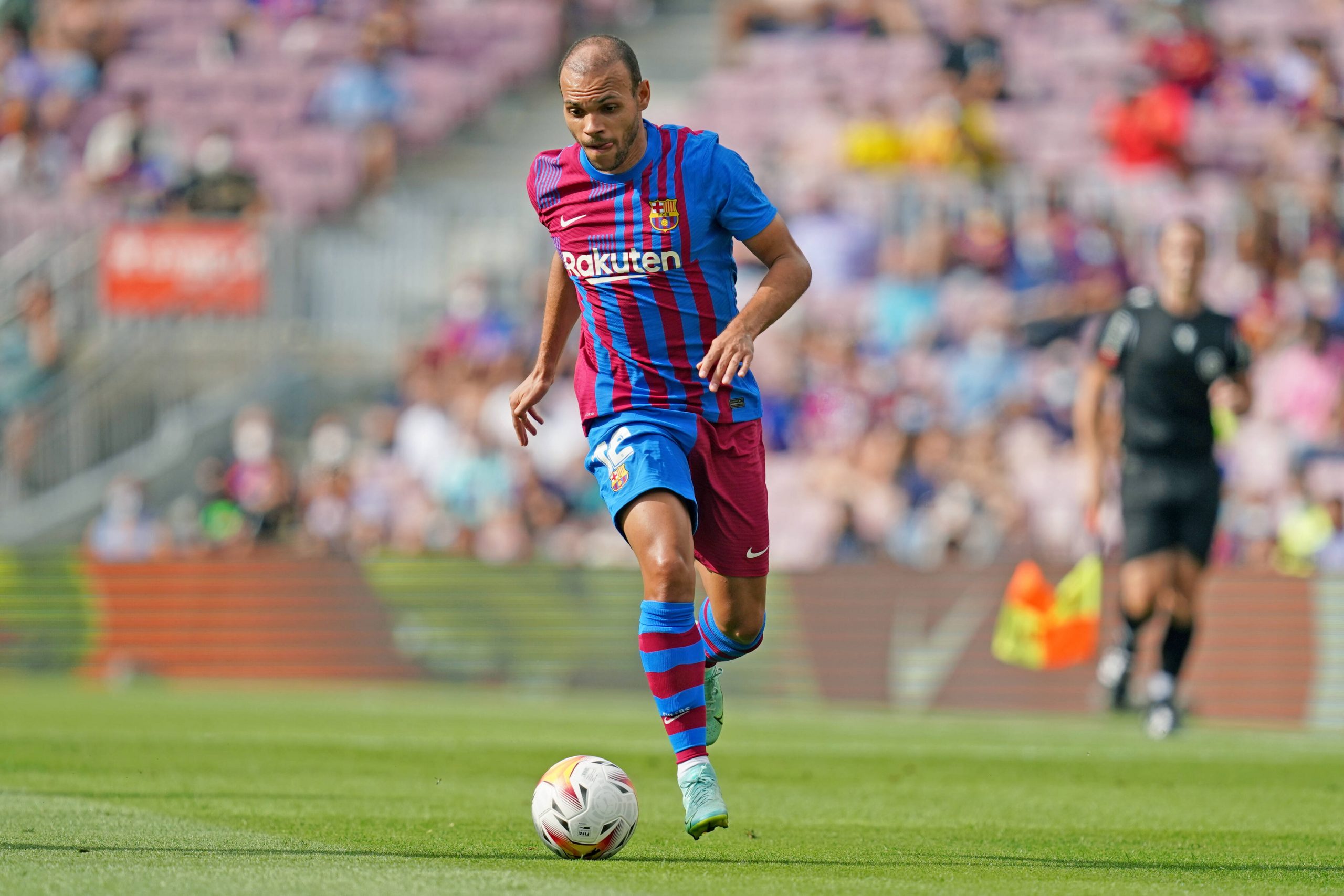 Barcelona have been dealt a blow ahead of their UEFA Champions League opener against Bayern Munich on Tuesday night. The Catalan giants will be without striker Martin Braithwaite for the clash, with the Dane sidelined for the foreseeable future.

Indeed, the club have confirmed on their official website that Braithwaite will have to undergo surgery on his left knee due to a femoropatellar injury. A timeline for his return has not been mentioned, though, with his recovery period expected to be determined only after the surgery is over.

Braithwaite, who arrived at Barcelona from Leganes in January last year, is not the most fashionable name in the squad. But he has made it a habit of scoring some important goals every now and then when given a chance.

Indeed, the Danish international was on target for Barca in their season opener against Real Sociedad last month, going on to score a brace. However, the former Middlesbrough attacker picked up a knee injury in the Catalans’ final game before the international break against Getafe.

Braithwaite did not travel with the Denmark national team during the international window and stayed at the club to recover from his injury. It became clear over the weekend that he would be in no shape to feature against Bayern Munich on Tuesday night.

However, as per the latest update, conservative treatment has not worked and the striker will need surgery to deal with the injury, meaning he could be set for a significant spell on the sidelines.

“The first team player Martin Braithwaite has a femoropatellar injury in his left knee which has not responded to conservative treatment. The Danish striker will undergo surgery in the coming days. The Club will publish a new injury update when the process has taken place,” the official statement from Barcelona read.

This could pave the way for new signing Luuk de Jong to get an extended run in the lineup for the Blaugrana.