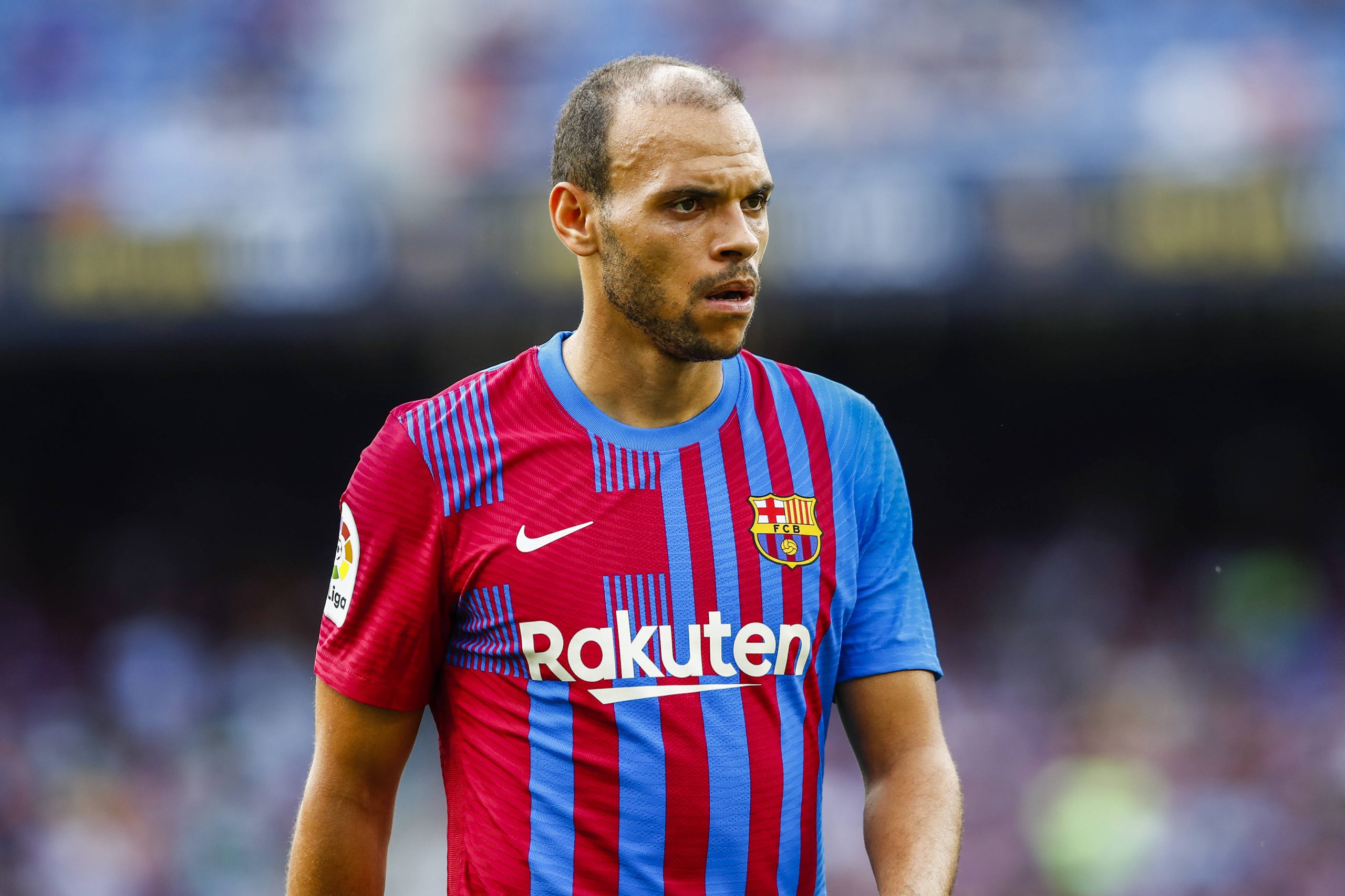 Barcelona prepare to face their biggest test of the post-Lionel Messi era next week when they take on Bayern Munich in their first UEFA Champions League game of the season.

The Catalans do not have very fond memories of coming face-to-face with the record German champions last time. And going into the game without Messi, Antoine Griezmann et al. was always going to be difficult.

To top that, manager Ronald Koeman has been hit with a few other injury problems heading into the contest. According to a report from AS, striker Martin Braithwaite is practically ruled out of the contest, due to a knee issue.

Braithwaite is currently Barcelona’s joint-top scorer for the new season, having managed two goals in three games in 2021/22 – a tally matched by new signing Memphis Depay and one of the club captains, Sergi Roberto.

Braithwaite felt some discomfort in his knee during Barca’s last contest against Getafe prior to the international break. He did not travel with the Denmark national team during the said break and stayed back at the club to recover and recuperate.

However, it seems like the former Leganes forward’s injury is a bit more serious than it was previously expected. Indeed, Braithwaite is still said to be training by himself away from the team and is unlikely to be ready for the game against Bayern Munich, which could come as a blow for Barcelona.

Apart from the Dane, the likes of Ansu Fati, Ousmane Dembele, Sergio Aguero also remain unavailable for selection, while Sergino Dest is also a doubt. But, there is some good news on the horizon as Gerard Pique is said to have made a full recovery while Jordi Alba is also expected to be available despite training alone on Saturday.