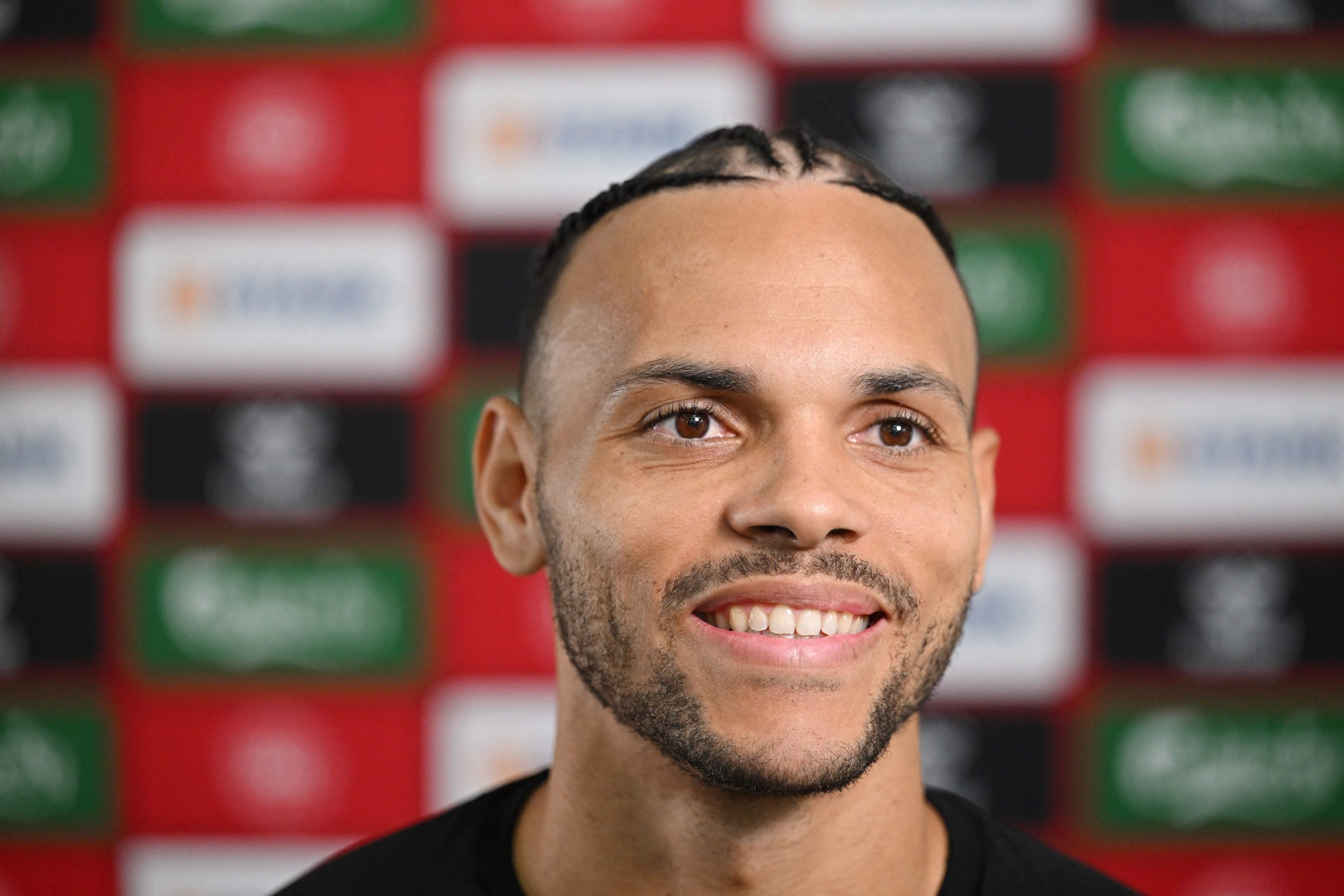 Speaking in an exclusive interview with The Guardian, former Barcelona striker Martin Braithwaite has fired a dig at the La Liga giants over the manner of his exit in the summer transfer window.

Braithwaite had been a Barça player since the winter of 2020, when he was brought in as an emergency signing amidst an injury crisis. While he was never a regular starter, the Dane had done fairly well as a squad player at Camp Nou.

Following Lionel Messi’s exit in the summer of 2021, Braithwaite looked set for an increased role under Ronald Koeman and started the season well before an injury sidelined him.

By the time he returned to fitness, there had been a managerial change, with Xavi Hernandez taking over. Under the new regime, the striker was no longer seen as a part of the plans moving forward and was finally sold in the summer, with Braithwaite joining RCD Espanyol.

Talking about how things changed for him at Barcelona in a year, the Danish forward said: “It’s crazy, a lot happened in one year. After recovering from injury, I thought I would continue. I was ready, I’d put in the work, but I saw I wasn’t needed.

“It was strange. There’s a lot happening, a lot of politics. I had proved I could be important but didn’t get the chance.”

Taking a shot at the club, Braithwaite then went on to say that his departure from Barcelona was not for sporting reasons, as he said:

“That’s part of the game, how businesses are run sometimes. I knew the club wanted me to move, but I also knew it wasn’t for football reasons. It’s in the past, a life experience. Don’t hold on. I don’t take these things too personally.

“I know myself, my value. People can’t paint a picture or push me. It’s pretty obvious what was happening, what they were trying to do – not just with me, but others. Sometimes saying nothing says a thousand words.”

There had been a lot of speculations over the summer that Braithwaite was resisting an exit and was seeking a significant payout to leave the club. Shedding light on why his departure took so long, the Dane said:

“It’s not that I was refusing to go. I had fun reading the papers every day: everyone had an opinion. I wanted things to go faster too. When Espanyol came I thought: ‘Wow, this is meant to be.’ It took so long because it had to.”

Braithwaite is currently part of the Denmark squad that will participate in the FIFA World Cup in Qatar. Drawn in Group D alongside France, the striker will come up against former Barcelona teammate Ousmane Dembele.

And the Dane, who has previously praised Dembele, again spoke very highly of the French wing-wizard, saying: “That guy just has so much talent it’s unbelievable. I would be confused to have two right feet like him.”

Braithwaite also reserved praise for another former Barça teammate, Antoine Griezmann, who completed a permanent transfer to Atletico Madrid in the recent past.

“When people rated him – which I still do – it was because he was scoring, but he always had so much quality. The way he links midfield and striker, finds the right spaces, the understanding of how to overload, be that extra man,” Braithwaite said.

“It’s amazing to play with a guy like that. You can combine, he’s generous, works so hard, a true team player.”