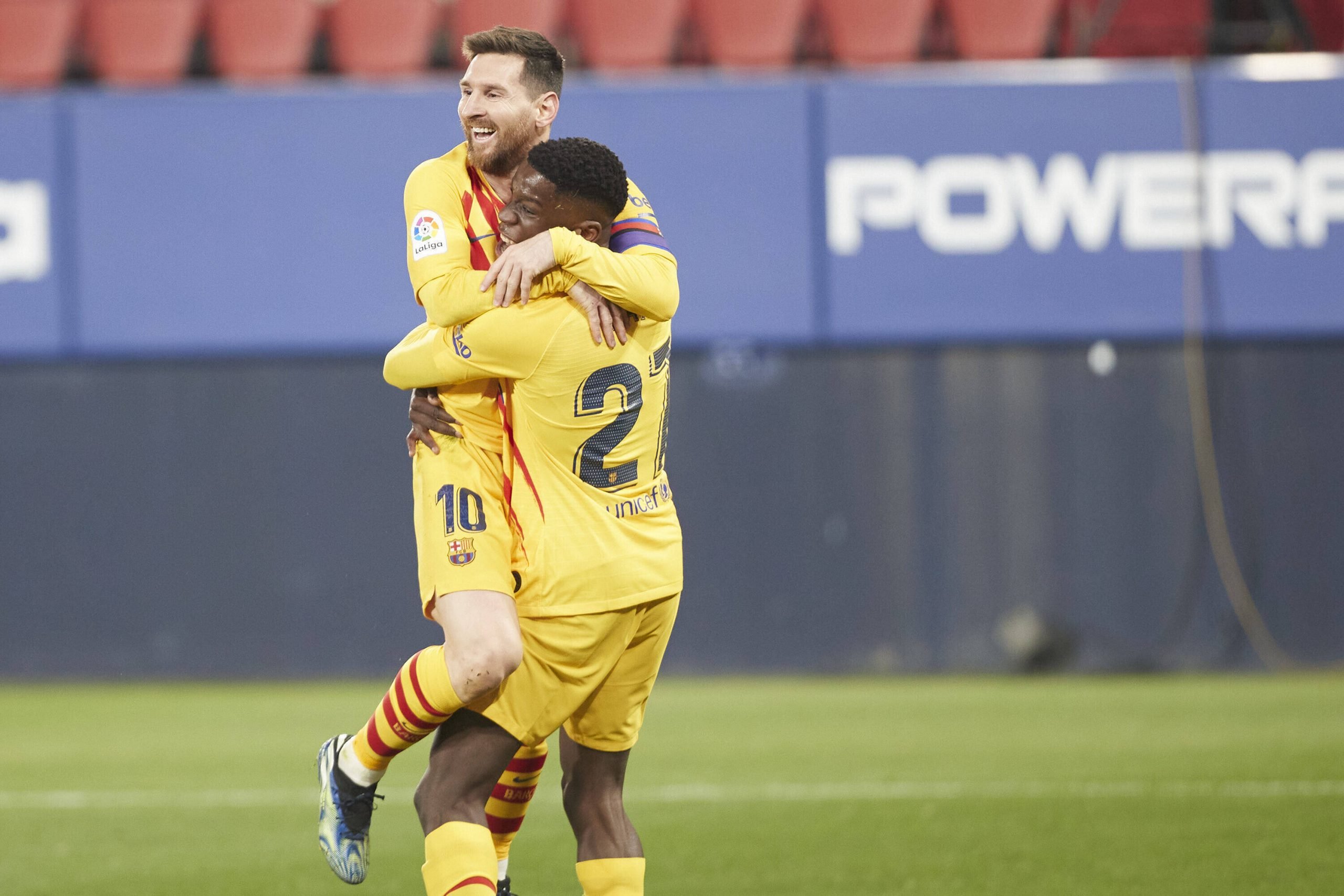 Lionel Messi and Barcelona may have started 2020/21 on the wrong foot, coming off the back of the overextended transfer saga surrounding the Argentine. As the season wore on, Messi’s departure started to look more and more inevitable. Manchester City and Paris-Saint Germain were hot on his heels with his future up in the air.

However, things have started to look sunny side up as of late. Since the defeat to Cadiz in Early December, Barcelona are undefeated in the league, winning fourteen games and drawing three. Elsewhere, the Blaugranas were also able to overcome a first leg deficit against Sevilla in the Copa del Rey, a match described as the happiest game as coach of Barça by Ronald Koeman.

It is true that Messi is not one for hugs and interpersonal celebrations, but his hug to Koeman after the game against Sevilla seemed too genuine. He was also seen celebrating Barcelona’s equaliser with the utmost happiness, jumping and pumping his fist in the air.

Most importantly, the club finally has a president. Former president Joan Laporta was able to secure his second term in office with a superb campaign, defeating Victor Font and Antoni Freixa in the process. Leo has seen at least four elections take place during his time at the club, and despite being a soci, he has not voted in any of them. Well, until 2021, where he was accompanied by his son Thiago Messi to the voting booth.

Laporta knows the six-time Ballon d’Or winner all too well. The duo paraded the Copa del Rey trophy around Camp Nou in 2010 along with the team, holding one end each of the trophy. The Spanish politician even claimed that Messi congratulated him after the victory, following that up with the belief that he will stay.

The two reunited physically as well ahead of the trip to Paris for the Champions League second leg as Laporta greeted every player, but reserved a special hug for Leo.

If this could have been put into a graph chart, it would certainly show the lines rising towards the end point of the y-axis. In fact, it was earlier reported by Sergio Gonzalez that Messi has decided to stay at the club following Laporta’s incredible win in the elections. As of now, everything points towards more happiness for Barcelona fans after an already incredible week. It seems unlikely that the consequence of the PSG game will alter any of it, but if the magical is pulled off, cloud seven surely awaits.