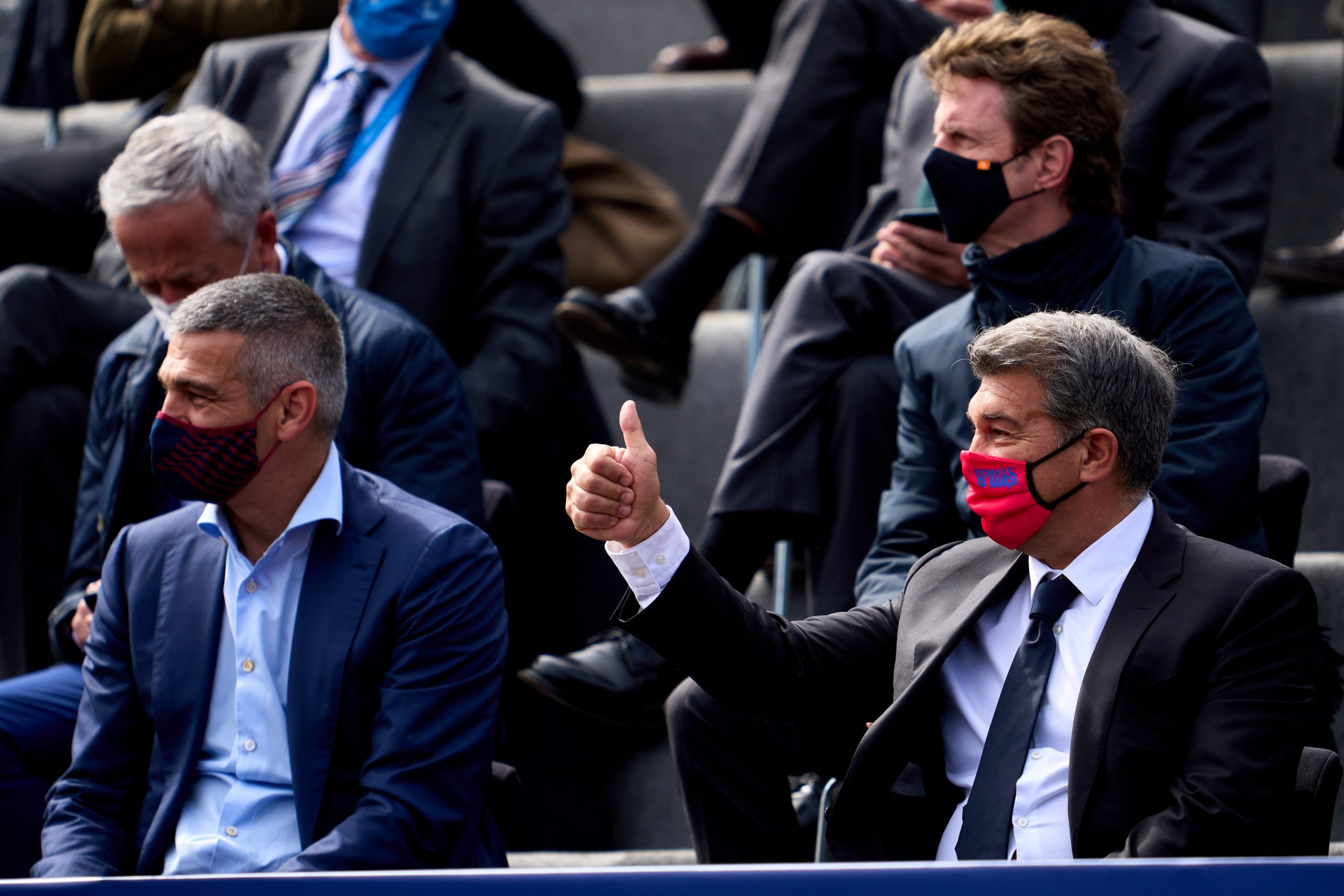 The past few weeks have been eventful for Barcelona. From the sacking of Ronald Koeman to the return of club legend Xavi Hernandez as the new manager and the re-signing of Dani Alves, things have been quite busy in and around Camp Nou.

The Catalans kickstarted the new era under Xavi on a winning note over the weekend, defeating local rivals Espanyol 1-0 in La Liga. A much sterner test awaits the former midfielder later tonight as he leads his team against SL Benfica in the UEFA Champions League.

Barcelona are currently second in Group E and a victory over the Portuguese giants would book their place in the knockout stages of the competition. Ahead of what is an extremely vital game for the club, Enric Masip, the advisor of club president Joan Laporta sat down for an interview with Onda Cero.

Speaking of the importance of tonight’s game against Benfica, Masip said: “A lot is at stake during the Benfica match. Not only sportingly but also economically. I am optimistic though. We should always think of winning. That is the Barça mentality.”

During the interview, he also touched upon the circumstances of Koeman’s sacking, claiming that Laporta had doubts about the Dutchman towards the end of the last season. But the financial situation prohibited him from taking any drastic steps. Masip also added that despite the situation, the Barcelona president showed confidence in Koeman.

“Laporta had doubts about Koeman’s continuity since the end of the last season. However, the economic situation was more complicated at the time. You have to admit that Laporta gave Koeman his confidence and always respected him,” he said.

In addition, Masip also stated that Laporta always had confidence that Xavi had what it takes to coach Barcelona. He said (h/t SPORT): “Laporta had no doubts about Xavi but we had to support the coach we had, Koeman, who had a lot of confidence from the club. Laporta always said that Xavi would coach Barça.”

Regarding the club’s financial situation and the possibility of big signings in the summer, Masip, rather ominously, said: “Barça’s economic situation is extremely serious. Signing a top player in the summer is difficult. Some things have to happen first.”