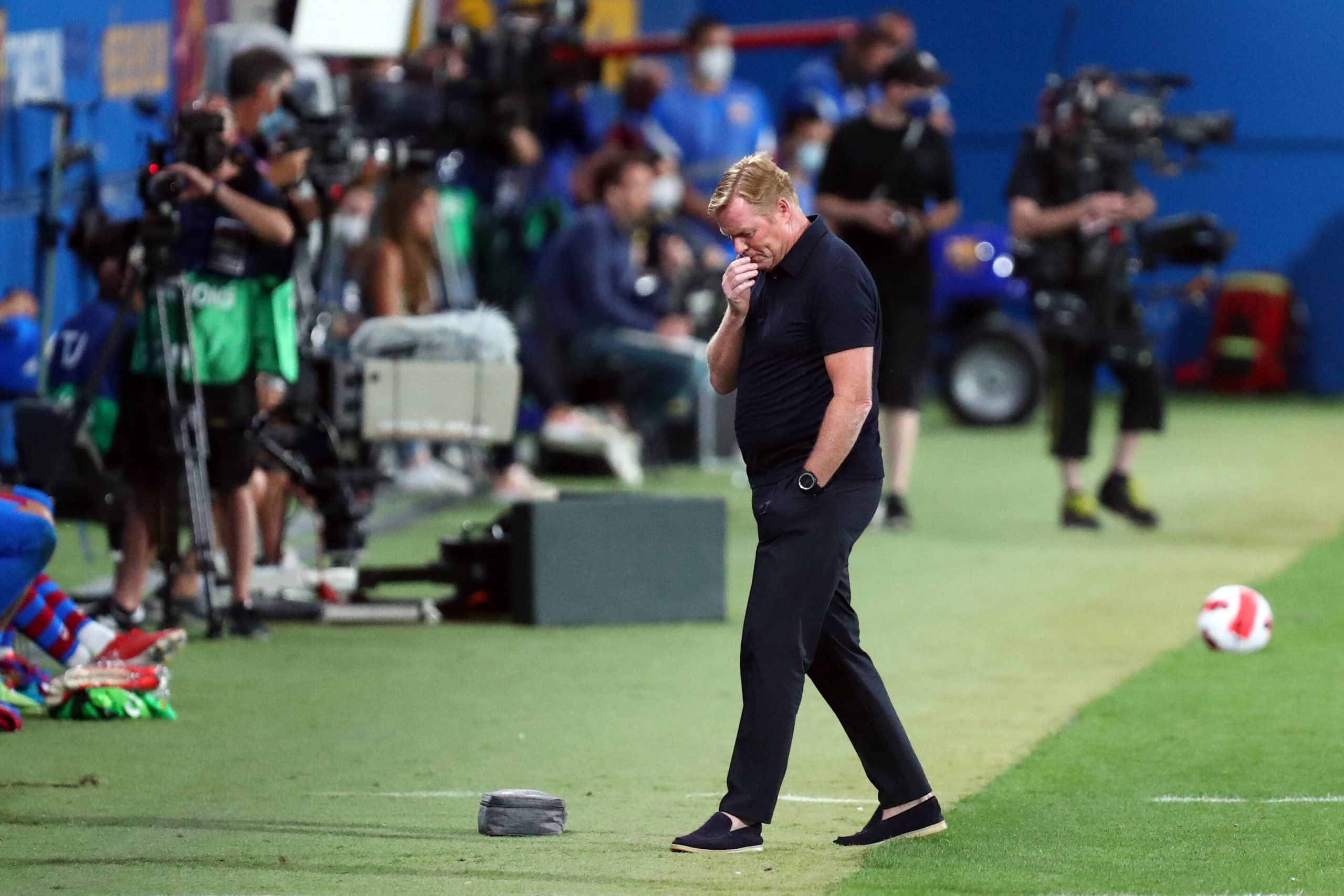 Ronald Koeman’s Barcelona got off to a winning start in the new La Liga campaign thanks to a 4-2 victory over Real Sociedad.

The Dutchman seemed happy with the team’s overall display, the return of fans inside the stadiums and the debuts of Eric Garcia and Memphis Depay when he spoke in the post-match presser.

Koeman also talked about the change Barcelona will face this season after the departure of Lionel Messi and how the team has begun to cope.

“It’s a different world compared to last year. The fans have pushed us. We enjoyed the team and the result,” he began.

“The first half hour of the game has been the best Barça of recent years. We have worked hard on the way of putting pressure on the opponent. We must keep on going,” Koeman continued.

On Martin Braithwaite’s exceptional display: “Braithwaite is a football professional, he’s an example. He always works for the team and helps us in a lot of things. I’m thrilled to have players like him.”

On Pique: “Piqué, like last year, is a leader of this team. Now he is physically better and he helps us in many things. His attitude is exemplary for everyone.”

On the team’s cohesiveness: “Our game may be more collective than before, but I prefer to have Messi on my team.”

On signing another forward: “The season is very long but here at the club it’s known that the attack could use an additional forward. But we depend on the fair play issue.”

On Garcia’s debut: “García has played well because positionally he’s very good and with the ball he doesn’t get nervous. I have opted for him because he’s in a great rhythm.”

On giving the youngsters chances: “When we have 27 players we have to leave 4 players out and this situation is perfectly known. I always give young players a chance because they are the future of this club.”

On Demir and Collado: “10 days ago Collado was about to go to Belgium and now I prefer to have Demir ahead.”

On the fans’ influence: “We must highlight the support of the fans. It seemed more than 20.000.”