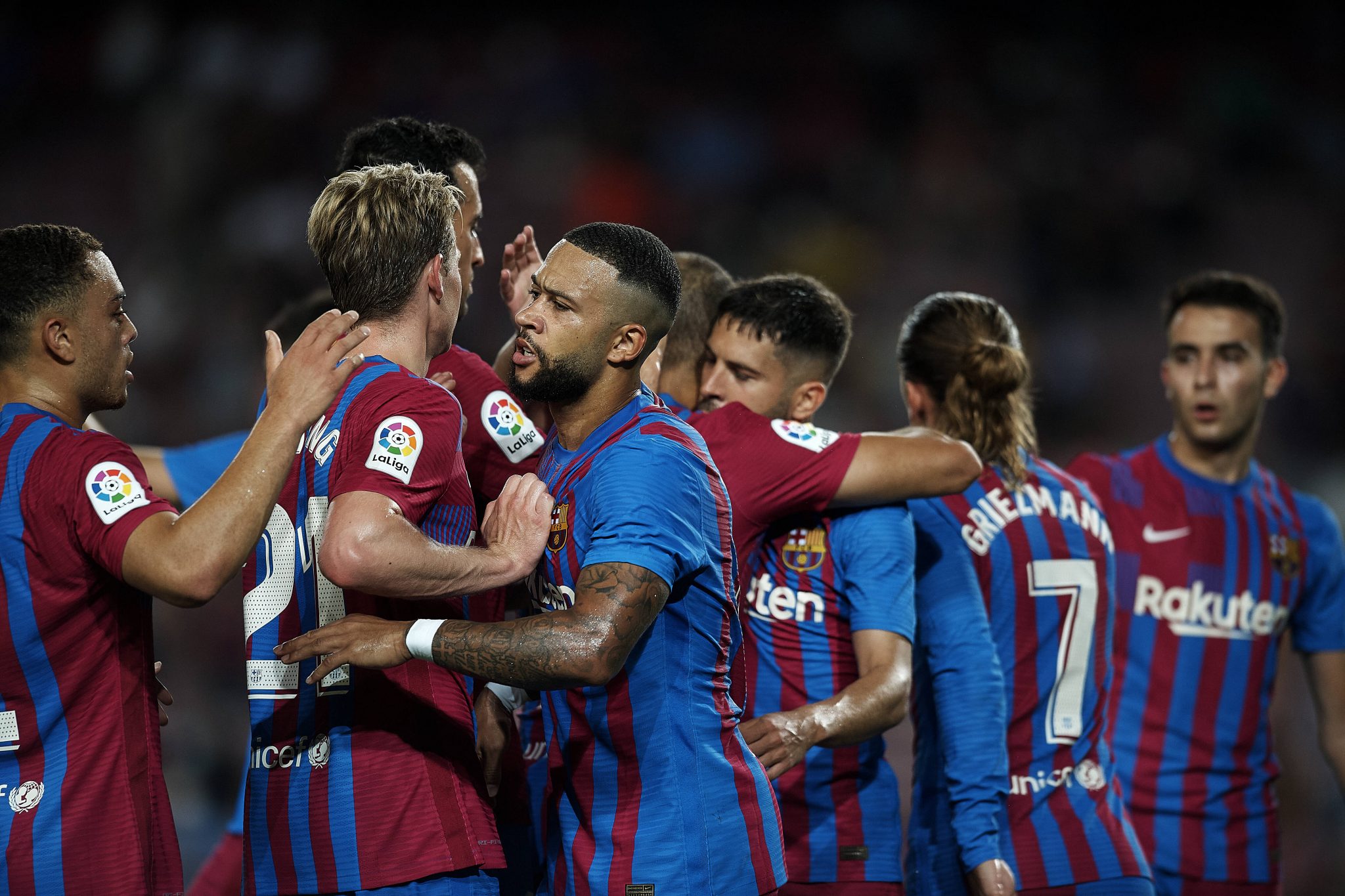 Barcelona got their 2021-22 La Liga campaign underway with a tough clash against Real Sociedad in their first competitive game of the post-Lionel Messi era. To make things sweeter, the Camp Nou had fans in attendance for the first time since 7th March of last year.

After their initial transition season under Ronald Koeman, Barça now face another season of change, with a massive shift in the team dynamics after Messi’s departure. The signs were positive however, as the Catalans secured a victory with some of the new players, both young and experienced, showing glimpses of major promise in the tests that lie ahead.

The Blaugrana seemed buzzing with energy from kickoff, with Memphis Depay looking especially electric on his competitive debut, pulling off all sorts of flicks and tricks and getting involved in the buildup play.

There was an air of excitement amid the players, which translated to sharper movement, incisive passing interchanges, and a lot of players pushing into the box. Antoine Griezmann was a lot more involved as well, trying an acrobatic effort that narrowly missed and hitting the bar in the 12th minute from a glancing header.

Just seven minutes later, in poetic fashion, Memphis whipped in a glorious free-kick delivery straight onto the head of the man who took a massive pay cut so he could sign. Gerard Pique got beyond his men, and powered a header home to open the scoring, becoming only the second defender to reach 50 goals for Barcelona after their current coach Ronald Koeman.

On the stroke of half-time, Frenkie de Jong picked up the ball on the right flank and lifted a peach of a cross towards the back post, where Martin Braithwaite had made a run and sent a crashing header to make it 2-0.

The Catalans were constantly, pressing, tracking back, and working hard out of possession. Without the luxury of Messi to conjure up magic out of nowhere, Barcelona seemed to be on their toes, as opposed to the static, an almost lethargic side they have been in recent years. A strong first half from the Claret and Blue.

The second period began just as the first ended, with Barça on top of proceedings. Griezmann put the ball in the net but the goal was chalked off for offside. However, the waves of Blaugrana attacks did not cease. Jordi Alba went through on goal but scuffed a 1v1 by being too casual just 4 minutes after the break.

Real Sociedad had a few more entries into the final third early into the half, creating a couple of half-chances but to no avail.

La Real were then punished further, as Memphis continued his impressive debut with a great ball to Alba who bombed into the box before playing a cross that was palmed into Braithwaite’s path and the Dane smashed a venomous finish for his second of the night and Barça’s third.

Imanol Alguacil’s men set up a very nervy finish as a lapse of concentration in defense for Barça in the 82nd minute, allowed substitutes Barrenetxea and Julen Lobete to combine. The latter scored with a tidy finish to make it 3-1.

After Nico Gonzalez’s introduction, he immediately got into a tangle, but his challenge was wrongly ruled as a foul, and Mikel Oyarzabal scored a magnificent goal from the resulting free-kick to make it 3-2.

Thankfully, Barcelona staggered back to their feet as a blistering counterattack saw Griezmann play in Braithwaite, who then took a wonderful touch to accelerate away from his man and drill the ball across the box for Sergi Roberto to nudge into the back of the net. A simple, but highly important goal to seal the victory for Barça.

Although they made things a little complicated for themselves, it was a winning start to the new La Liga season for Barcelona. Some highly encouraging signs from all the debutants, especially the starters Depay and Eric Garcia on the night. The Catalans showed great intensity and aggression for the most part, which is hopefully, a sign of better things to come.

Koeman’s men will make the trip to the Basque country up next, to take on Athletic Bilbao next weekend for their round 2 fixture.