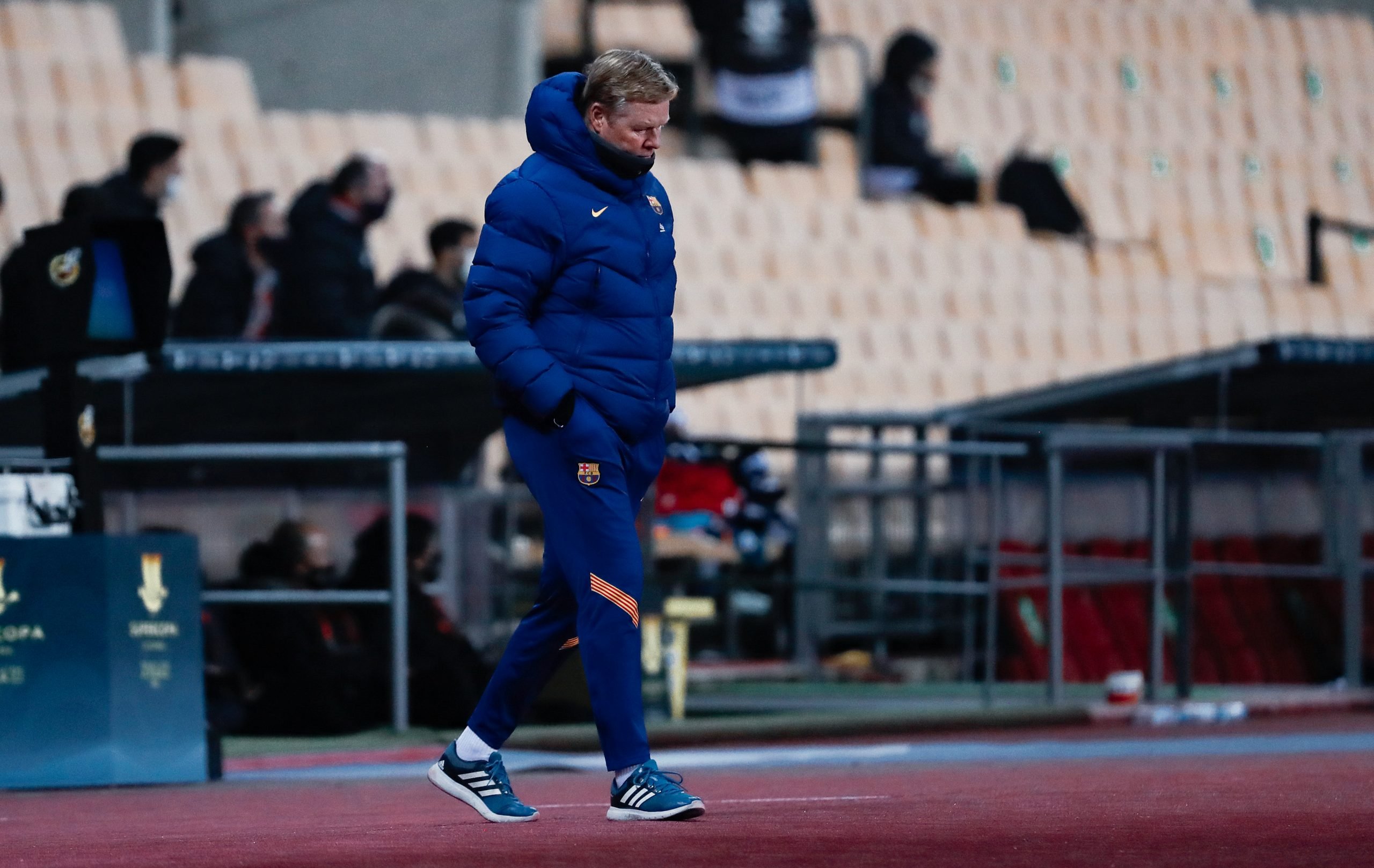 According to a report published by Mundo Deportivo, the only name explicitly mentioned at the meeting held by Ronald Koeman and the presidential candidates was of Eric Garcia.

The injuries to the backline, primarily that to Gerard Pique, has left the club hapless in the heart of the defence. Clement Lenglet has been surprisingly underwhelming, while Samuel Umtiti’s fitness makes him a far from reliable option. Ronald Araujo and Oscar Mingueza have been great finds, but the former has faced two injuries, too, this term, while the latter seems inexperienced.

One name that was not mentioned, after all the drama has been Memphis Depay.

Memphis Depay has been linked to Barça for nearly a year now, with the Dutchman refusing to extend his contract with Olympique Lyonnais, which is set to expire in June. Lyon reportedly slapped a transfer fee of €5 million on him for the winter, but his positional clash with Antoine Griezmann, Martin Braithwaite, and most importantly Lionel Messi has pushed him to become a shadowed choice.

Consequentially, in an interesting turn of events, Depay has been, reportedly, been left out of Koeman’s transfer list.

There is little doubt that Barcelona have faced multiple knocks in the offensive line as well, with Ansu Fati, who was set on conquering the league this term, suffering a long-term knee injury. Elsewhere, Griezmann has faced wavering form, while it is difficult to trust Martin Braithwaite and Dembele for separate reasons.

With Depay off the table, it leaves Barcelona’s striker spot still open in the summer. One name that has been popping up as of late, for several clubs no less, is Erling Haaland. It has been reported in the past that Barcelona are the frontrunners for the wonderkid’s services, with his agent Mino Raiola on excellent terms with candidate Joan Laporta.

That said, Barcelona are dealing with several storylines at once in the transfer market, with the departure of Lionel Messi looming large, too. It will be fascinating, and maybe heart-wrenching to see the season, the elections, and therefore the transfer market unfold in front of us.