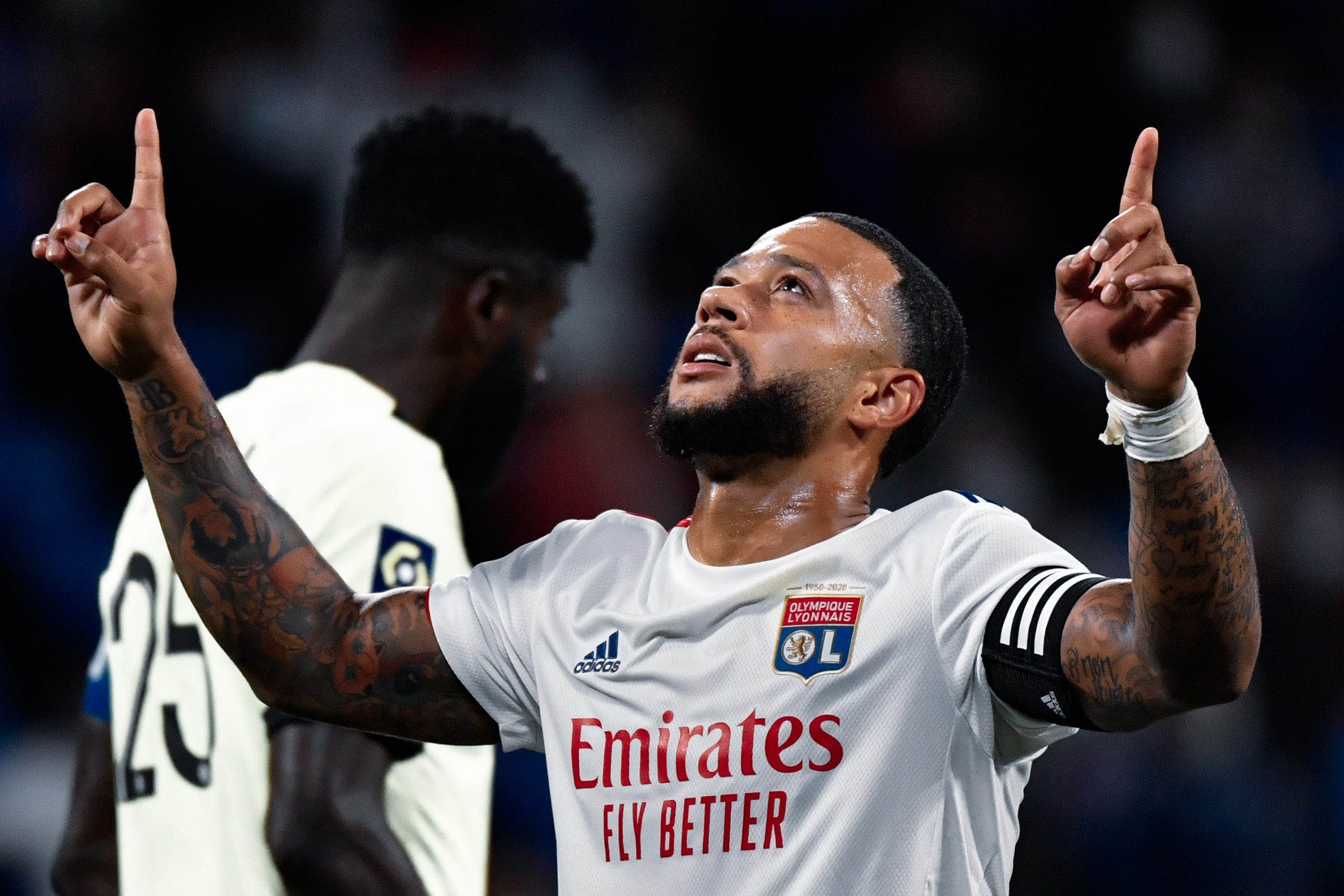 With presidential elections next January, Barcelona have a chance to re-define their poor transfer policy, albeit with limited funds. New reports have surfaced revealing Olympique Lyonnais have lowered the asking price of their talisman Memphis Depay to only €5 million. Barça have been eyeing him for some months now, in no small part due to coach Ronald Koeman, who coached Depay with the Netherlands national team. Given the discrepancy between his value and price tag and Barça’s need for a striker, would Depay be a sensible transfer?

Memphis Depay’s career got off to a promising start with Dutch side PSV Eindhoven, where he scored 50 goals in 124 appearances. He won Dutch Footballer of the Year in 2014/15 after guiding Eindhoven to a league-win, earning him a summer move to Manchester United.

Unfortunately, his spell in England was short-lived as he struggled to perform, resulting in a transfer to Lyon in 2017. Since then, he’s been instrumental for the French outfit as well as a key member for the Dutch national team, which Ronald Koeman coached before his move to Barça. With Lyon, he’s tallied 62 goals and 47 assists in 154 appearances.

Depay is often deployed as a left-of-centre striker or left-winger, but his versatility allows him to be played anywhere across the front line, even behind the striker in a number ten role. He’s a great dribbler, creative on the ball, and menacing in front of goal. He’s typically given the freedom to roam and with the ball at his feet, his impact is felt all over the pitch.

His heatmap showcases where he’s most active on the pitch this season. He likes to drift inside to either create for his teammates or shoot from distance when playing out-wide. When up-top, he drops deep to get involved with build-up. This season he’s averaging 2.3 key passes per game, 5.56 shot-creating actions per game, and 2.74 successful dribbles per game. Also, across 16 matches played, he already has eight goals and four assists.

The graphic below showcases his shots locations this season. He is fairly clinical inside the box but his penchant for long-range shooting makes him a unique threat to opposing defenses.

Barcelona are in dire need of a centre forward, but does Depay fit the profile they’re looking for? Ideally, Barça’s next “number nine” will be a natural goalscorer rather a creative player who can also score goals. They should operate in and around the box, create space for their more creative teammates, and focus more on finishing than the build-up.

Nevertheless, they must still be adept at linking-up with midfielders or wingers. Luis Suárez filled this role perfectly for over half a decade and Martin Braithwaite fills this need for now, but he is not necessarily a long-term choice of the Catalans.

As a lone striker, Depay’s tendencies to drop deep would bring more bodies to an already overcrowded area of the pitch, and his strengths would be nullified by Lionel Messi, Antoine Griezmann, and the countless “number tens” Barça are harbouring. If started at left wing, the Dutchman has a natural tendency to drift centrally, further exacerbating the Blaugrana’s lack of natural width.

In all, his positioning would conflict with Barça’s multitude of creative players. Depay is a highly talented striker, but not necessarily the profile Barcelona need.

Another question to consider is what role Depay would have in the squad. Would he be a bench player or a starter? Is he a long-term solution or a short-term fix? If he starts up top, who between Messi and Griezmann will start out wide? Depay could be a short-term fix on the left flank, but what happens once Ousmane Dembele and Ansu Fati eventually return from injury?

His arrival would also push youngsters like Pedri, Francisco Trincão and Konrad de la Fuente further down the pecking order, the latter two in particular who need more first-team experience to develop. In all, Depay’s versatility is appealing, but he doesn’t fit a need not already satisfied for the Blaugrana.

With an incoming new board, financial setbacks and on-the-pitch struggles, Barça have a chance to re-define their transfer policy that’s been marred by inconsistent and underwhelming signings. Depay is a real bargain at only €5 million, but he would still not be the most sensible transfer for the Catalans. It’s not a question of skill, but fit. Barça must realize that his value is already present in the squad they have.

With minimal transfer funds, the Blaugrana should focus on re-building other parts of the squad or take more advantage of La Masia’s production line. Granted, signing Depay wouldn’t be an egregious error; in fact, he offers more than enough “bang for your buck”, but he just isn’t the missing piece of the puzzle.