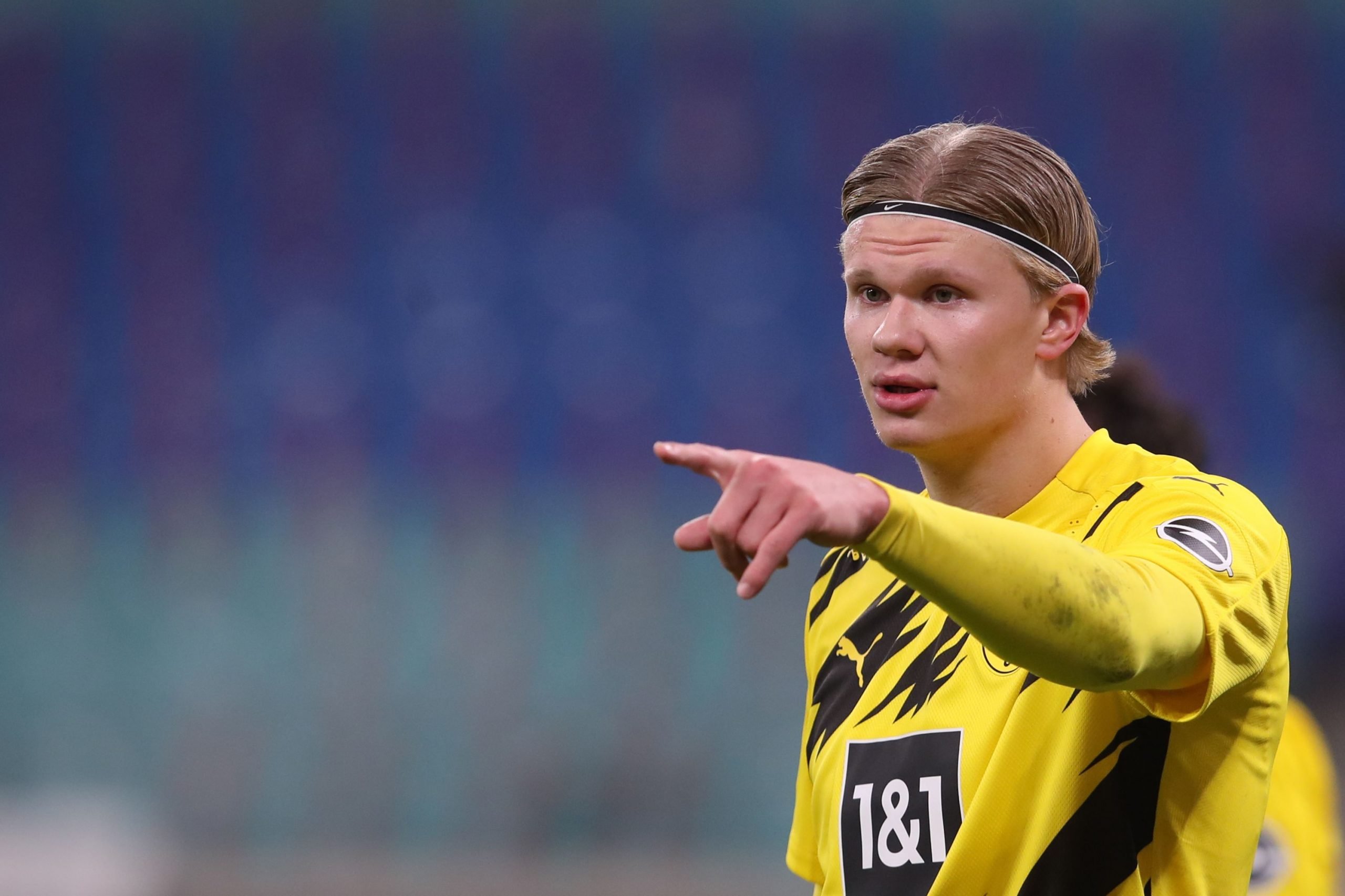 According to reliable journalist Oriol Domènech, Mino Raiola is rumoured to be interested in improving his bonds with Barcelona, and is ready to offer one of his star-clients in the process.

Raiola is one of football’s biggest agents, boasting of managing some world-class clients such as Paul Pogba, Marco Verratti, Zlatan Ibrahimovic, and of course the wonderkid Erling Haaland.

Undoubtedly, the last name is the one that entices fans around the globe the most. Breaking out at Red Bull Salzburg, Haaland made a name for himself with his sensational performances in the Champions League, earning him a move to Borussia Dortmund. His start to life at Dortmund could not have been better, as he cracked on with his first hattrick in Germany on his debut.

Moreover, he has pitched in with a nearly unbelievable 35 goals in 34 appearances for the Dortmund outfit since then, averaging a goal every 75 minutes in the Bundesliga — a ratio better than any other player in Bundesliga history to have scored 10 goals or more.

Unfortunately for what it is worth, Dortmund has been the club that can retain talent such as the Norwegian’s. In the past, they have had to let go of players such as Ousmane Dembele, Robert Lewandowski, Mario Gotze, with Jadon Sancho continued to be linked out of the club as well. It is clear that Haaland has already outgrown the Yellow Wall and is ready to take the next step in his career.

That serves as good news for Barcelona fans, more than anyone, as they are in the market for a striker. Strongly linked to Lautaro Martinez in the past, a move failed to materialise owing to Inter Milan’s mammoth €120 million asking price. However, as it turns out, the Blaugrana could be getting the signature of a player termed as a generational talent for a mere €75 million — his release clause.

Undoubtedly, the €75 million will also carry the baggage of having Mino Raiola’s agent fee, which, in the past, has never failed to shock fans. Coupled that with his nature to keep his clients protected with never-ending controversial statements, it might be a deal that Barça will have to think through.

Joan Laporta is reportedly on good terms with the Italian, though, which could make the transition of working with him easier, if the Spaniard is elected president of Barcelona on 24th – or later, as has been reported recently. Either way, Barcelona cannot, and should not pass up the chance to sign one of the greatest talents in world football right now, especially since arch-rivals Real Madrid have set their eyes on a certain Kylian Mbappe.