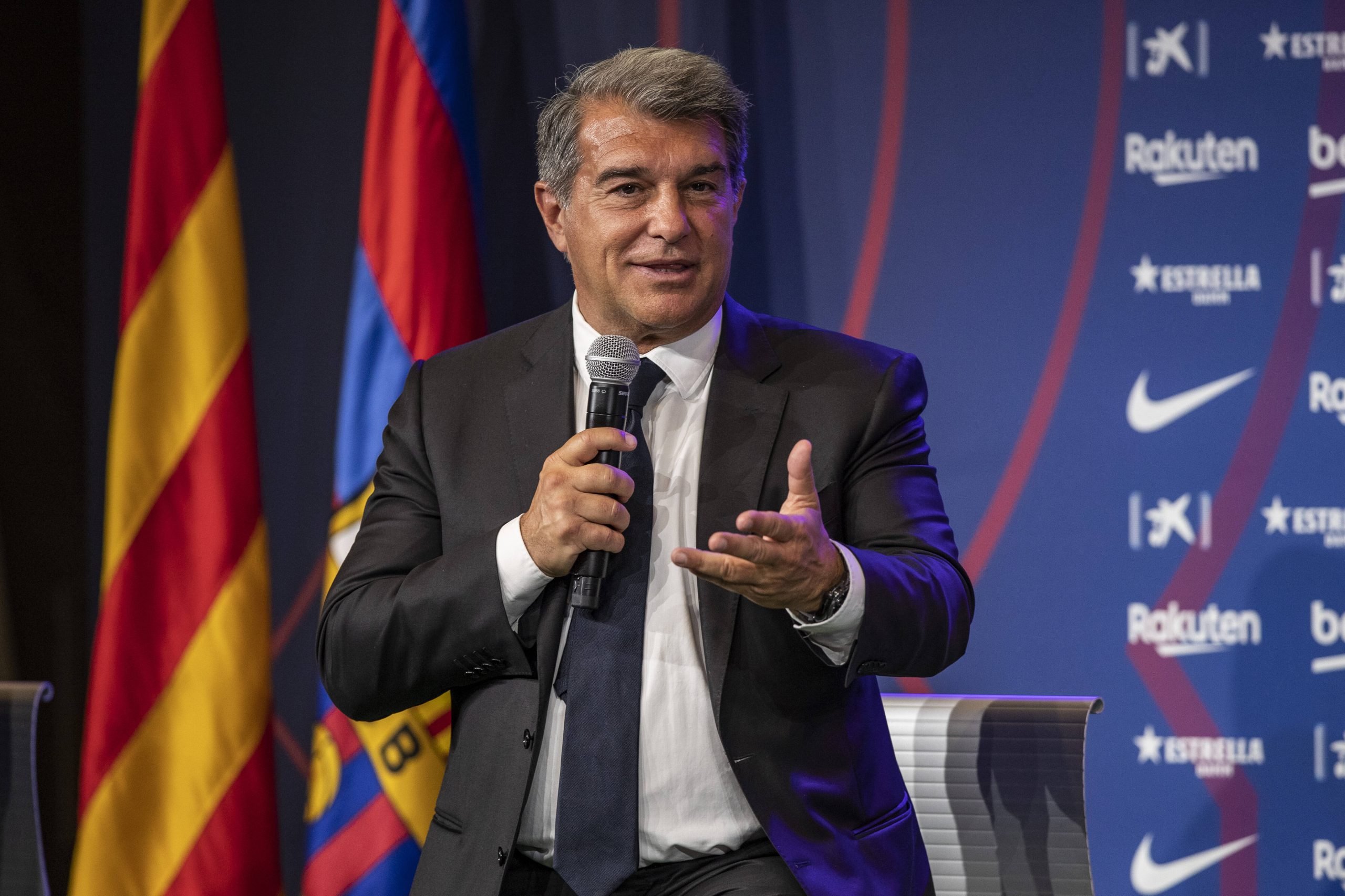 Weeks long speculation regarding Barcelona head coach Ronald Koeman’s future at the club has finally been put to bed, as president Joan Laporta made it official that he will stay in his lengthy press conference yesterday. He explained the reasons behind his decision and talked about all the negotiations between Koeman and his agents over the past week.

There was always a sense of optimism from Koeman and his agents that he will continue, despite the blemishes of last season, which prompted the need for discussions in the first place. After completing a transition season to recover from the nightmares of the 19-20 campaign, Barcelona can look towards a new season with Koeman at the helm, this time with a lot more backing in terms of transfers.

Here is what Laporta said official during the press conference.

“We have come to the conclusion that Koeman’s continuity is the best option for Barça. I see him motivated, excited and with the right mentality. We are convinced that next season will be great for Barça. Koeman is looking forward to getting back to work after the holidays,” he began.

The negotiation period brought a lot of uncertainty with it for Koeman, which Laporta addressed, saying: “I told Koeman that if at any time I caused him discomfort, I would apologize. A period of reflection was needed to draw conclusions, regardless of whether there was a contract in force.”

With regards to a renewed contract or changes in terms, Laporta clarified: At the moment we are giving continuity to his current contract, but I imagine that we will sit down soon to talk about this issue. For now, it was important to clarify his future.”

“Koeman’s representative, Jansen, came to the meeting thinking that contractual issues had to be discussed, but that was not necessary since we wanted to reflect before anything else. Koeman is an understanding man. If his contract has to be adjusted for economic reasons, that will be discussed. But for now, this topic hasn’t been discussed.” he added.

Laporta then showered praise on the Dutchman, further solidifying his backing: “Koeman has already made a tremendous effort. He is the coach we want for the Barça first team.”

About the appointment of Jordi Cruyff, he said: “He will be linked to the sports structure, with Mateu Alemany. He has had experiences in China, Ukraine, Israel… He can give us a lot. In addition, he returns home.”

The president then explained his decision to keep Koeman on and what he expects next season: “The decision has been made to build a competitive team within the circumstances we find ourselves in. I hope to see a more offensive Barça for next season. I want a winning mindset that takes care of the details. We have to press better and be more intense.”

He concluded by talking about the summer signings, saying: “We have already made signings, as you know, and next week we hope to announce one more signing.”