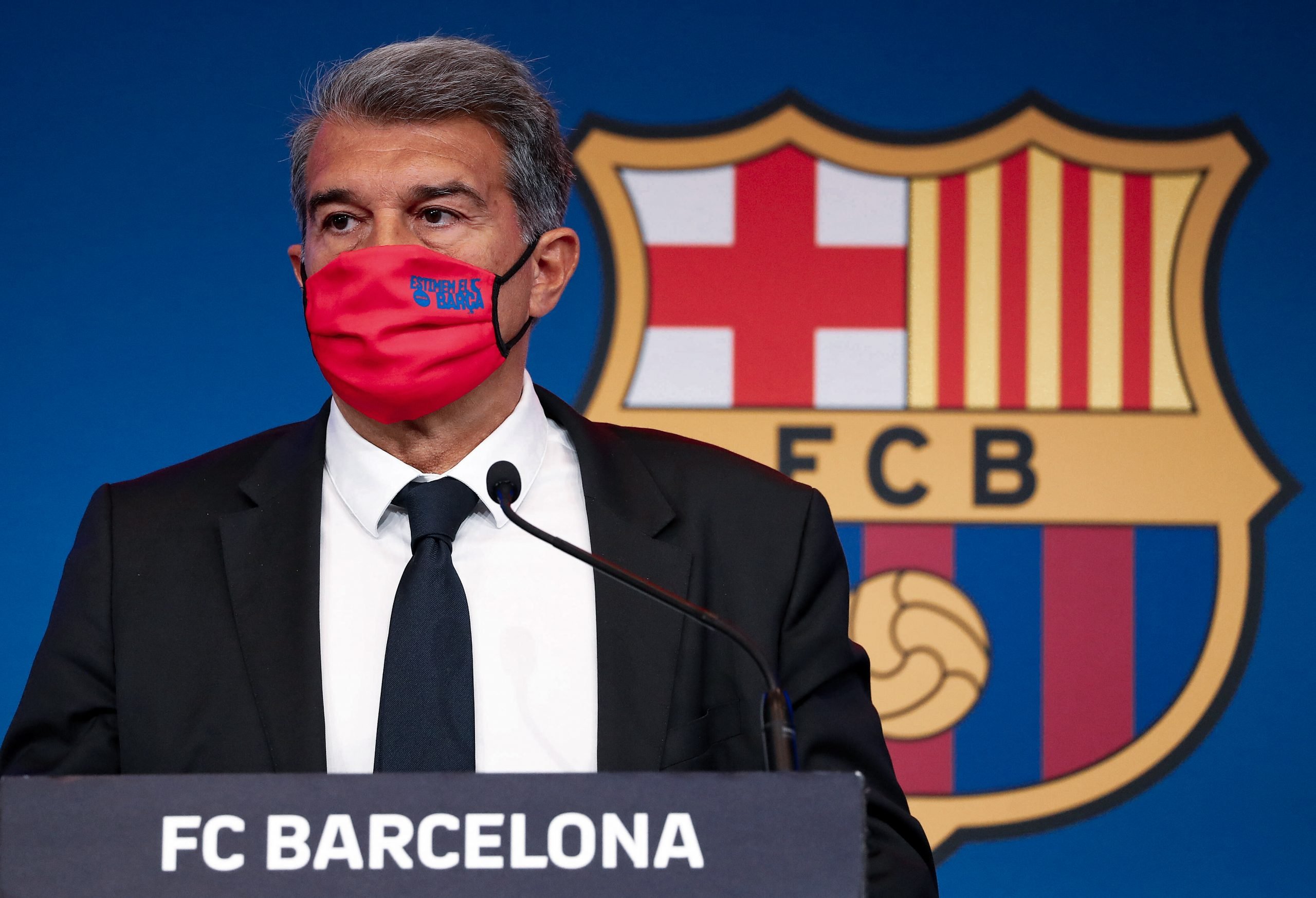 FC Barcelona’s 2020/21 season was peculiar. The Ronald Koeman era didn’t begin too well as Barcelona had their worst start to a league season in 30 years. After the club suffered an 0-3 loss to Juventus at home, the outcome of the 20/21 season looked bleak.

Simultaneously, Barcelona’s management sector was also going under massive overhauls following the resignation of Josep Bartomeu and his board. With elections scheduled for March 2021, the club played the majority of the season without proper management, making it difficult for Koeman and his team to plan for the immediate future.

The season did, however, began to find a grip since the turn of the year, as the Blaugranas went on an impressive unbeaten streak. Despite being three handfuls of points behind Atletico Madrid at the end of the first half of the season, midway through the second half, Lionel Messi & co. made it so that the ball was in their court.

Following Athletic Bilbao’s win over Atleti, all Barcelona needed to do was win their remaining games in the league to be crowned champions for the 9th time in 13 years. Unfortunately, the side did not stick the landing, and Atletico, led by ex-Barcelona ace, Luis Suarez, won the league.

At the start of the 20/21 season, there were no expectations for this Barcelona side. On the back of the most humiliating defeat in Champions League history, the squad seemed to have lost its vibrancy. Koeman was brought in to pick up Barcelona from rock bottom. For a season that was unofficially deemed a “transition” season, did the Dutchman do a good job, and in spite of the obvious shortcomings, was Barcelona’s season actually a success?

Now, according to these 3 objectives, we will evaluate Barcelona’s transition season.

Following the disastrous 19/20 season, where Barcelona went trophyless for the first time since 2013/14. nobody expected a cup to come to Catalonia at the end of the 20/21 season. Barça biggest trump card, Lionel Messi, looked lifeless in the garnet and blue (during the first few months) following his failed attempt to quit the club in August. Additionally, Koeman did not boast the shiniest of trophy cabinets when he took the Barcelona job.

To everybody’s pleasant surprise, Barcelona did end up winning a trophy: the Copa del Rey. While it is not as coveted as La Liga or the Champions League, it still comes with glory and a financial reward. The team spirit after winning the CdR was a breath of fresh air. For the first time in 2 years, it seemed like the Barcelona players genuinely cared about the badge on the chest. Since the Copa del Rey was not close to the biggest trophy up for grabs, it allowed Koeman’s side to chaser bigger things with optimism.

The La Liga season, however, was a disappointment. Not because Barcelona did not win it, but because of how the players had the title in their hands and let it slip to Granada, of all teams. It was quite reminiscent of the 0-3 and 0-4 losses to Roma and Liverpool.

Had Barcelona won the league, though, the landscape would be quite different, and perhaps this article would not have even been written because the success of the season would not have been debatable. A La Liga win would have started off Laporta’s new era with a bang and would have sent out a firm reminder to the rest of the footballing world – Barcelona’s rock bottom is still at the top of the competition.

As for the Champions League, there isn’t much to warrant a discussion. The chances of Barcelona winning the Champions League were extremely slim and even if the Catalan Club had pulled off yet another magnificent comeback versus Paris, the fix off against Manchester City could have very well resulted in yet another, demoralizing, humiliation.

What matters is that the players thoroughly outperformed PSG’s players during the second leg, and there was an observable shift in mentality from the Barcelona of the recent past.

So, in spite of the disappointing end to La Liga, Barcelona’s season was definitely successful in terms of silverware since the club defied expectations and won the Copa del Rey in a volatile season.

Ronald Koeman was Barcelona’s third manager in 2020 (along with Ernesto Valverde & Quique Setien). Three managers in the span of a year screams instability. Koeman did not come alone, he brought along with him Alfred Schreuder, a man who had served as an assistant to Erik ten Hag and Thomas Tuchel in the past.

In spite of having a confident manager in Koeman and a good tactician in Schreuder, Barcelona’s identity this season was not rigid. The tactics, the choice of players and the instructions kept changing. While this is not a bad thing, and in fact, it shows experimentation, there is a problem with there being no clear vision after the end of a year.

On top of all of this, Koeman’s continuity is not assured. Laporta has confirmed that the club is looking for a new manager, and in the case that they do not find a suitable replacement, Ronald Koeman will be given another year in Catalonia. Is there really any point in having a short-term manager during a transition season? It creates a lot of uncertainty about the direction in which the club is heading in.

In spite of Barcelona producing results in terms of a solitary trophy, results with a lack of playing identity is never suitable in the long term. For a season that should have been used to lay the groundwork for a new, long-term tactical system — the 20/21 season was definitely a failure in this sector.

Trouble in the transfer market

However, the Barça squad’s biggest issue wasn’t the distribution of player ages, it was the amount of unnecessary and redundant players in the squad.

Footballer wages are high; Barcelona’s player wages are unsustainably high. With the ongoing pandemic and the club debt situation, keeping unnecessary players in the squad who have a high wage and market demand is counter-productive. Believe it or not, Samuel Umtiti is one of the highest-paid centre-backs in the world, and for what? Matheus Fernandes — who has played just 12 minutes for the first team all season — was brought in during the start of the season, and for what?

Even after a year, the Catalan giants’ key players have not been established. The defence looks frail and players like Miralem Pjanic and Riqui Puig have no clear path for their individual or collective future.

Antoine Griezmann’s season has seen sinusoidal curves with ups and downs, and even though he had a relatively solid season and was one of Barcelona’s better players. However, does his performance warrant the astronomically high wages he is on? Will Philippe Coutinho be given yet another chance next season, with his market value decreasing day after day?

While the summer transfer window hasn’t begun, and the club is rumoured to bring in Sergio Aguero, Memphis Depay, Georgino Wijnaldum, and Eric Garcia. There is an abundance of existing Barcelona players whose future is extremely uncertain. This season should have been used to identify players that are needed and have a future at the club, but a lot of them were under-utilized, due to which, they made absolutely no progress in a year.

Due to the uncertainty and the lack of vision in terms of Barcelona’s future squad, the season was most definitely a failure in this aspect.

Overall, it was a bittersweet Barcelona season. There were expected lows and some unexpected highs. The team, however, showed the most spirit and chemistry than it has in the last 3 years. Even with the Copa del Rey victory, the remaining lack of direction following a season that should have been used to determine a direction, the transition that was supposed to take place during the 20/21 season cannot be considered a success.