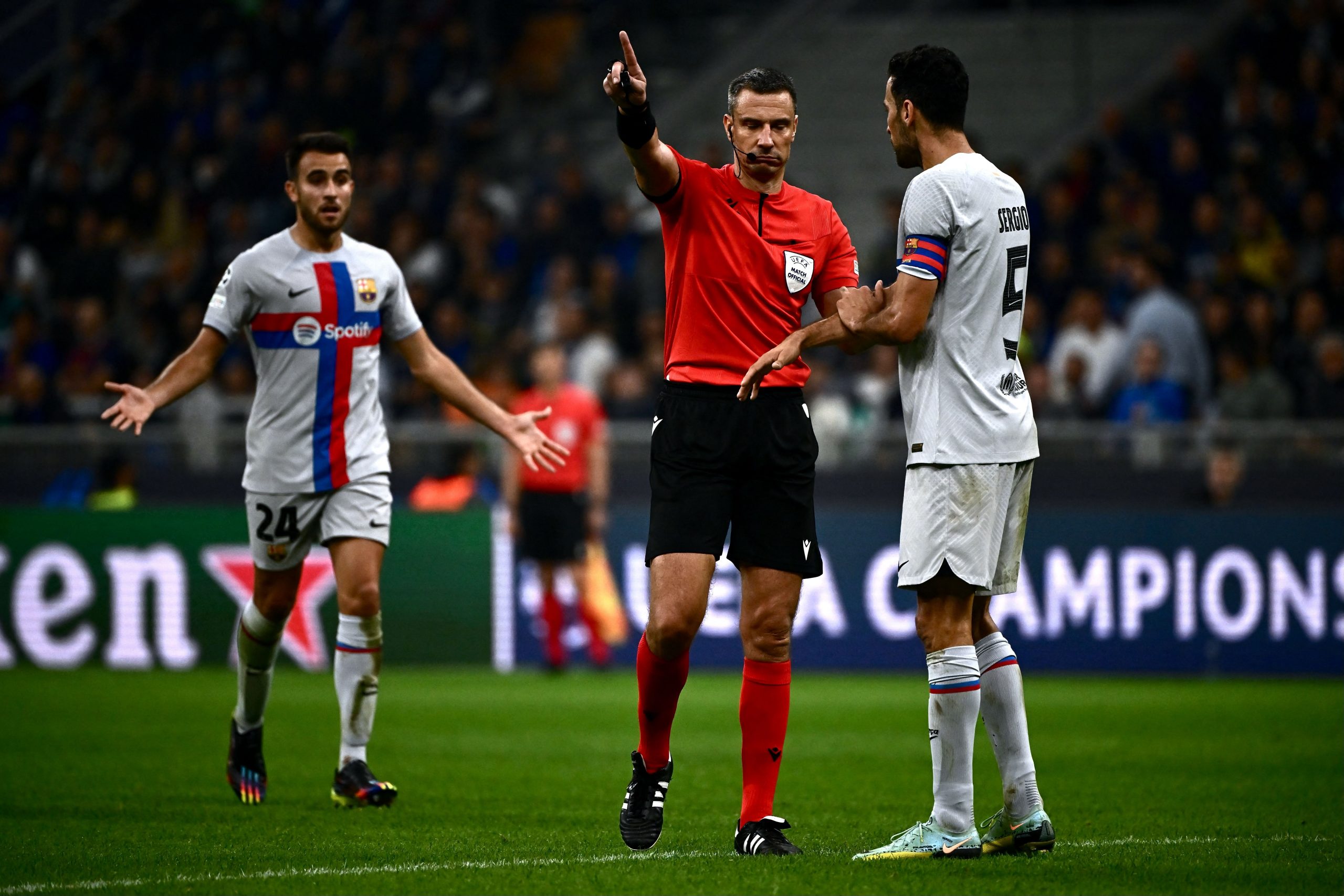 Fresh off the newfound feeling of being top of the table in La Liga, Barcelona approached the UEFA Champions League on Wednesday hoping to make a strong impression away from home. After all, a win at San Siro would be a big boost in their bid to qualify from the group.

Moreover, their opponents Inter Milan appeared to be a team in jeopardy. If recent results were anything to go by, Xavi’s men were the clear favourites.

For the game against the Nerazzurri, the Blaugrana manager opted to start with a Sergi Roberto, Eric Garcia, Andreas Christensen and Marcos Alonso backline. The midfield consisted of Gavi and Pedri anchored by Sergio Busquets, while Robert Lewandowski, Ousmane Dembele and Raphinha headlined the forward department.

From the get-go, Barcelona dominated the possession. Yet, the story of the first half remained the same – while the Catalans kept the lion’s share of the ball, Inter Milan defended deep and voraciously and threatened on the counter. As a result, the better chances fell to the host.

It was as early as the seventh minute that Marc-Andre ter Stegen was forced into a save with Calhanoglu testing him from over 20 yards out.

A critical moment came in the 25th minute of the game when the referee blew the whistle for an Inter penalty for a handball by Eric Garcia. When referred to VAR, it became clear that the move involved an offside element and the spot-kick was cancelled.

Ultimately, Simone Inzaghi’s men took the lead in extra time of the first half through Hasan Calhanoglu. The Turkish international fired a precise shot from outside the box into the bottom corner and beyond a diving Ter Stegen to give Inter the lead heading into half-time.

The second half began in quite a similar fashion and held a similar framework. Ousmane Dembele came close to an equaliser in the opening ten minutes of the half but his shot was parried away by Andre Onana.

Barcelona eventually restored parity in the 66th minute through Pedri. The Spaniard completed a simple tap-in from Dembele’s cross but the goal was ruled out by VAR for a slight handball by Ansu Fati.

The Catalans put their foot on the gas for the final 20 minutes as they tried to scour out a chance to equalise. However, Inter’s leak-proof defence only contributed to increasing the visitors’ anxiety. By the 70th minute, the Barcelona players were visibly at the peak of their frustration.

A crucial moment in the game came in the 91st minute when VAR checked for a Barcelona penalty when the ball struck the arm of Dumfries. Embarrassingly, the penalty was not given.

Eventually, the game ended in a narrow win for the hosts. The result sees Barcelona fall to third place in the Champions League group and brings up worries over their qualifying to the knockouts. Three games remain and Barcelona must win all three to guarantee a stop in the next round. The pressure is now real.