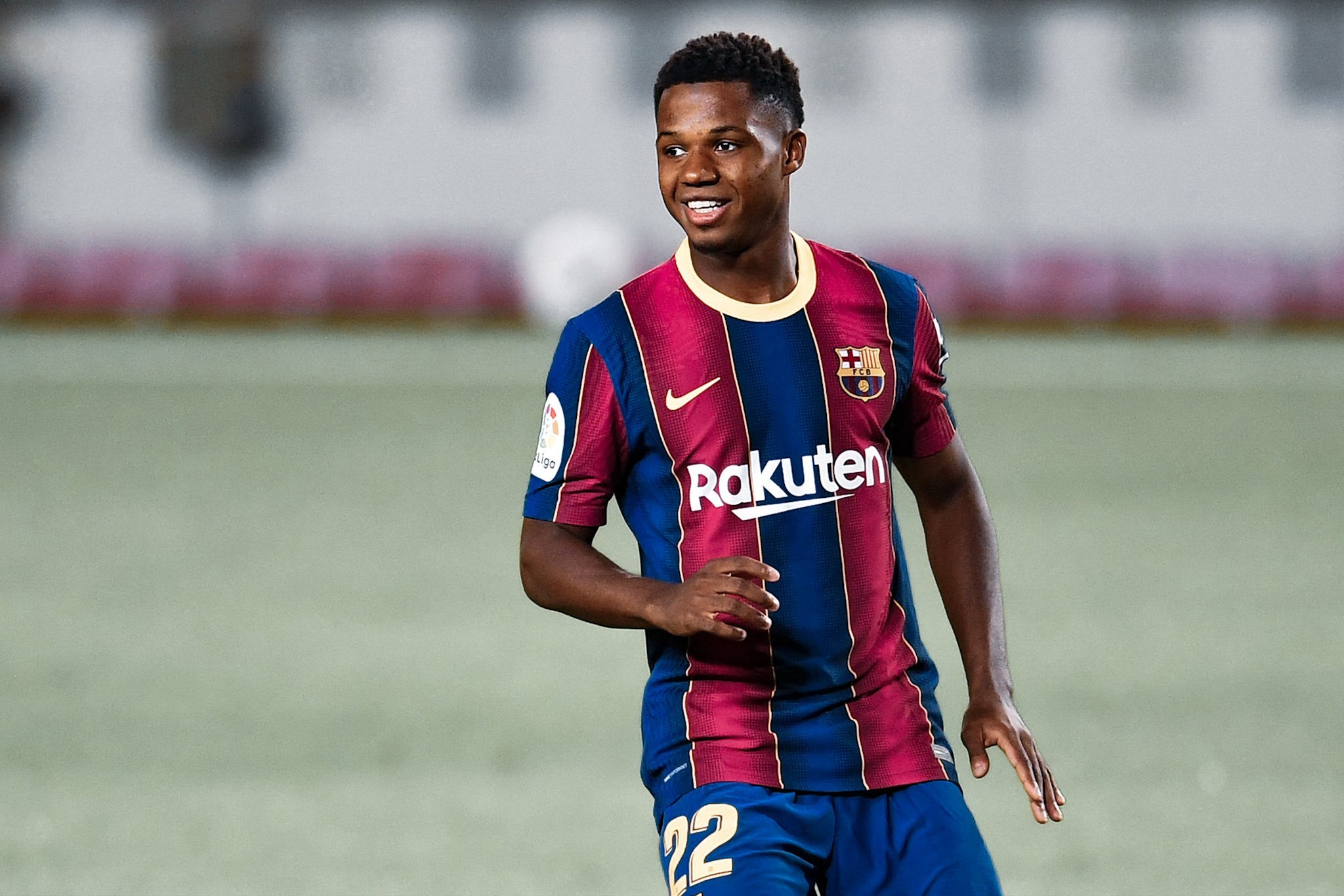 Ansu Fati was a sensation for Barcelona througout September, for which he was awarded the La Liga Player of the Month. We take a look at his month in more depth.

Ansu Fati has been Barcelona’s gem ever since he made his debut for his boyhood club in August 2019 coming through the youth ranks, following the footsteps of some of the best to wear the shirt. The forward has not slowed down since. Aged 16 and 298 days, he became one of the youngest ever players to play a game for Barça. Now, before his 18th birthday, he has been rewarded with a very well deserved La Liga Player of the Month award for September after a stellar month for both club and country. Barca Universal takes a deeper dive into his month.

Barcelona’s La Liga campaign would start later than everyone else and the first opponent of their season would be Villarreal at Camp Nou for Ronald Koeman’s premiere as a Blaugrana manager. Ansu Fati started ahead of Ousmane Dembélé on the left in a 4-2-3-1 and connected with Lionel Messi and Philippe Coutinho perfectly demolishing the Yellow Submarine’s defence. That day, the teenager scored twice and capped off an excellent game by winning a penalty which he gave to Messi.

Fati showed maturity way beyond his years against Villarreal, skipping past some of the best. (Photo by JOSEP LAGO/AFP via Getty Images)

His first goal came after a great pass from Clément Lenglet to Jordi Alba, whose cross reached right at Fati’s feet, and his powerful shot bulged the back of the net, making every Culé dream. His second goal was an excellent finish after Philippe Coutinho ran into space to give it to the break-out Spanish star. He also won a penalty for Messi to score it and he ended the game as Barça’s best player. Insane from the 17-year-old.

Ansu Fati’s magnificent run of form continued in the next game, where Koeman’s side confirmed the fantastic efforts they showed against Villarreal. At one of the hardest stadiums in Spain, where Barça had not won for six years, Fati showed the way to his teammates as he was one of the best for the second time in two games.

Starting ahead of Dembélé once again, he opened the scoring for Barcelona after Philippe Coutinho found him in space. The driven shot landed in Iván Villar’s net, and Ansu celebrated, deservedly, with his teammates. He was one of the most dangerous players on the pitch, causing havoc every time he faced the Galician defence. He was subbed off but was still praised for his scintillating performance, helping the Garnet & Blue cruise to a victory at the Balaidos.

The Ansu Fati train did not stop at Balaidos. (Photo by MIGUEL RIOPA/AFP via Getty Images)

In the third match of the week, Ansu Fati was tamed by Sevilla at Camp Nou when he finally stopped his insane run of form. The winger did not have a bad game per se but did not enjoy the same space as in the previous gameweeks. It was understandable, though, since Ronald Koeman started the same lineup for the third game in a row and the tiredness could be felt on every player’s face. Fati was still dangerous at times but deserved to come off because, for once, he wasn’t impactful enough. Barcelona only got the point, and Fati’s sub-par display was one of the reasons why they didn’t win.

Ansu’s travels with the national team

For Fati, September started two games with Spain, making his debut against Germany in a Nations’ League match. He came on as a second-half sub and was mostly unnoticeable, given the quality of the opponent. A few days later, Spain would face Ukraine and Ansu started. The 17-year-old would have the game of his life, obliterating Ukraine’s defence and scoring a goal, becoming Spain’s second-youngest goalscorer. Ansu was the pick of the bunch in a youthful Spain squad that destroyed Ukraine on the night, with Ferrán Torres also scoring.

During his second international break, he was an unused sub against Portugal during a friendly and failed to add anything substantial against Switzerland, and was taken off for Adama Traore.

However, statistics and his revelations on the pitch were proof enough that Ansu Fati deserved to win the Player of the Month. This, however, is only a sign of better things to come, and he makes every Culé proud as he keeps defies the odds.