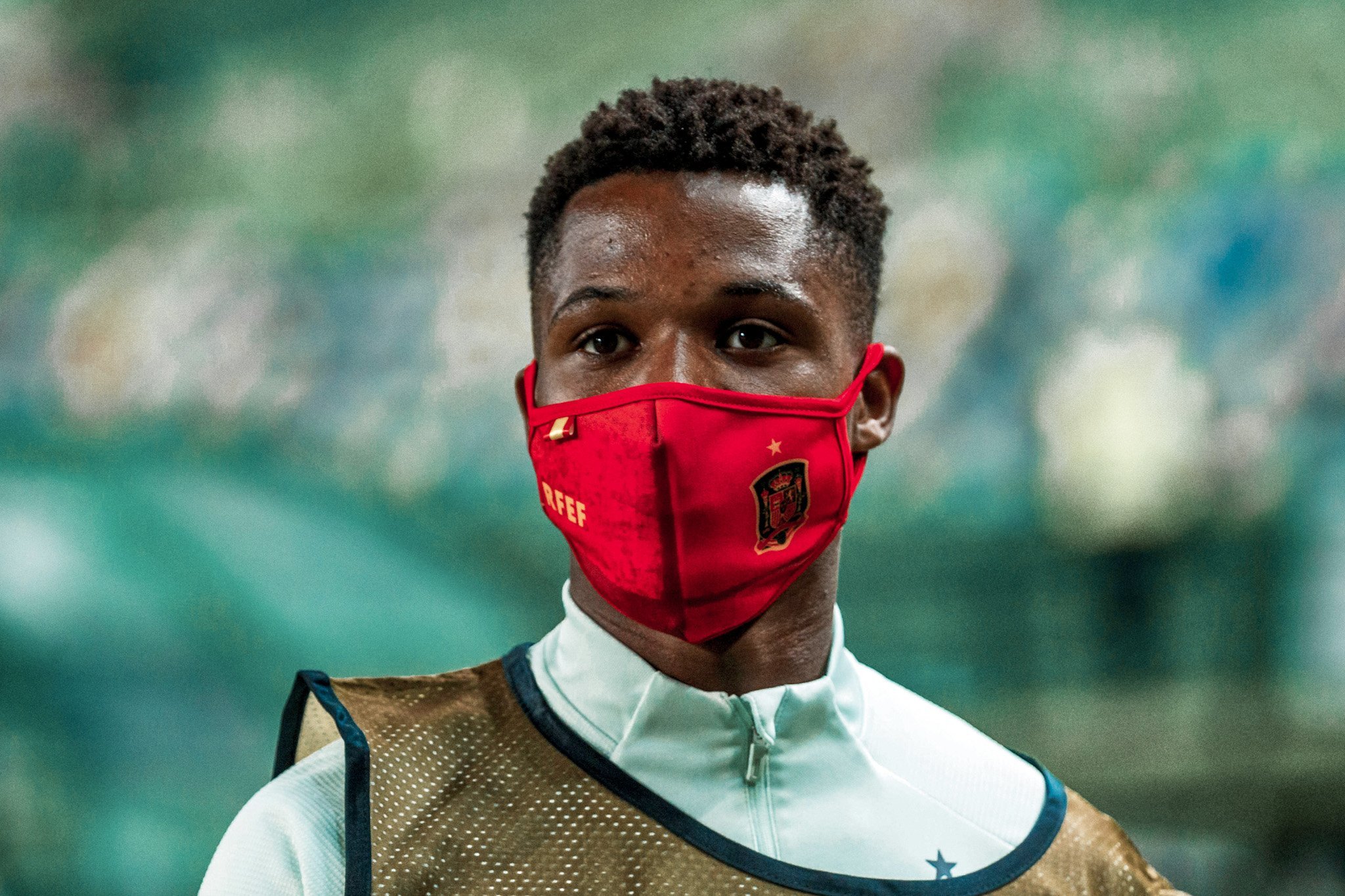 The moment the world saw a 16-year-old prodigy make his professional debut for Barcelona’s first team, it knew it was in for something big. And over the past year, we have seen wonder from this young talent. Ansu Fati has been relentless, breaking record after record and setting the bar higher with every passing game.

One vividly recalls his debut against Real Betis, where he made an instant impression after coming on late in the second half. In the few minutes he was provided, he showed remarkable composure and linkup play. However, what separated him from the other was his fearlessness and intent. To say he could have scored twice in the meagre minutes he received would be an understatement.

The same class and intent were once again visible when the 16-year-old made his full debut for Barcelona. He scored 6 minutes into his full La Liga debut and 2 minutes into his home League debut. There has been no stopping him since, as he became the youngest goal-scorer in the Champions League. To add to his list of marvels, he scored on his National debut for Spain against Ukraine, a goal that oozed class all over.

Once again this season, the youngster has had a fiery start scoring 3 times in the first 3 games! The youngster had a night to remember against Villareal as he scored twice and won a penalty. Only sponsorship problems prevented him from taking home the man of the match award. Once again, he opened the scoring for the Catalans in Galicia, at a stadium where the Blaugrana have historically struggled.

With so much achieved at such a young age, Fati has naturally become the talking point across not just Spain but the whole world. Being named the player of the month for September has certainly further upped his stocks. With a new market valuation of 80M, he is now the third-highest valued player in the Spanish league, only after Jan Oblak and Lionel Messi.

Barcelona fans do have a history with overhyped La Masia stars who have gone on to fade away. Bojan Krkic is a name that distinctly stands out. One cannot predict the future but what one can do is talk of potential. Something that Fati has in abundance. If the youngster can stay away from the limelight and the stardom for a few more years, he can go on to become a bonafide star. Only a few years of refinement, hard-work, and moulding stand between him and success. Maintaining it too, however, requires immense hard work, but getting there is the more difficult milestone.

The La Masia star has shown to possess the raw materials that one needs to succeed. At his age, his pace is a deadly weapon that helps him tear down defences. Training in La Masia has shown its effect, with his passing almost always being on point, and vertical. Time after time, he has baffled the topmost defenders of the League with his cheeky dribbling. His ruthless finishing is a cherry on the top, as it rounds him off as a lethal striker.

For a young prospect who possesses all these aspects to their game, the sky is the limit. With the right guidance and mentorship, he can truly touch great heights. As it stands, he has displaced Ousmane Dembele in the pecking order and has earned a starting spot under Ronald Koeman. Such an abundance of playing time at the highest level can only be music to his ears. Receiving promotion to the first team at such a young age attests to his ability.

However, there are domains from which he must refrain from involving. And one of them is contractual matters. Having recently signed with Jorge Mendes, there have been large clouds over his contractual status and future. While signing with such an established agent is good for the player, the age does not seem right. The same move a few years down the line might have been a much better choice because now it adds unnecessary pressure on the young lad.

At the same time, he needs to manage his off the field life responsibly and not get carried away by stardom. Staying focussed on training and his goals is surely the right path. Going astray may take him down a road laden with barren lands.

It is great to see the Board and Manager supporting the growth of a young gem. The trajectory only points upwards. The raw materials need to be processed, and the product is close to being finished. In a game between discipline and age, which one will come out on top? One hopes it is the former, because such a promising talent may not be seen for a long time to come.