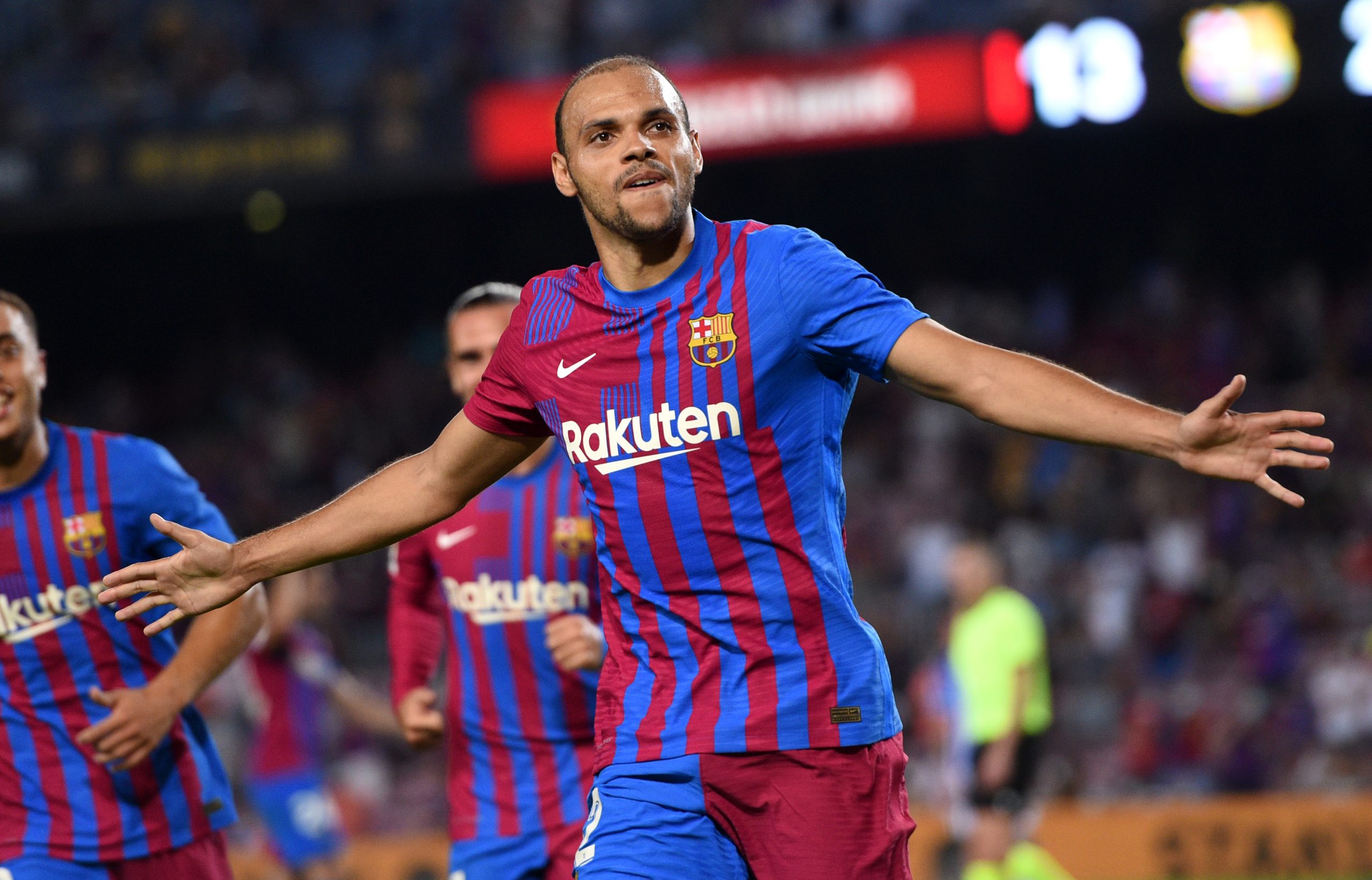 Two months ago, Barcelona released an official statement stating that Martin Braithwaite has suffered a patellofemoral injury to his left knee. The Danish international was forced to undergo surgery as a part of his recovery and faced a long time on the sidelines.

It was expected that Barcelona would manage with the backups in his position. However, Sergio Aguero’s medical condition and Luuk de Jong’s poor form have not helped the Blaugranas case.

Despite showing visible improvement under Xavi Hernandez, the team have struggled in the forward department. Chances have been created, but not taken in the games.

The recent clash against Benfica was a testament to this, for Barcelona drew despite being the dominant of the two teams.

Yet, a good piece of information for Barcelona is that Braithwaite is nearing fitness. Though he is still far from the final stages of recovery, he could return before the end of the year.

The striker spoke to Mundo Deportivo (h/t BarcaCentre) about his return from injury.

“Now it’s about working to get back as soon as possible, but I’ll have an important role when I get back.”

The team are in desperate need for a striker, and one cannot deny the Danishman’s claims. Given the status of the other strikers in the team, Braithwaite is best placed to start for the team after his complete recovery.

Nevertheless, the club are also looking to the transfer market for other options. Timo Werner and Raheem Sterling are only two of the players whose possible signing has been studied.