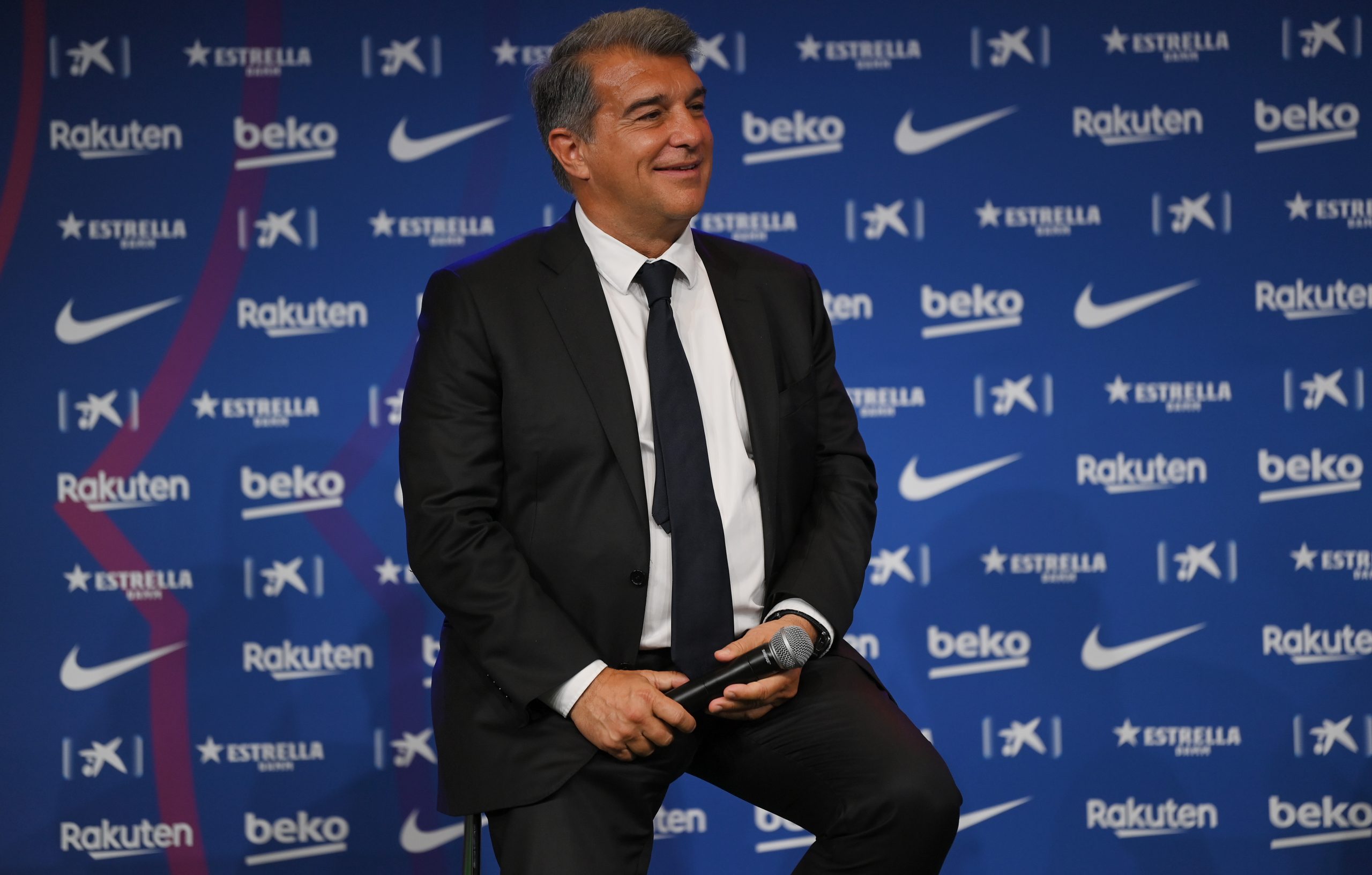 Barcelona find themselves in a difficult position when it comes to the contract situation of Ousmane Dembele.

The 24-year-old continues to be held in the highest regard by the club’s coaching staff and management. However, injuries and fitness troubles have meant that the forward has been unable to show his quality and talent on a consistent basis throughout his spell at Camp Nou.

In spite of that, the Blaugrana are willing to offer him a new contract and extend his stay at the club beyond the current season. But his wage demands and reluctance to sign a new deal are leading to frustrations within the Barca camp, who are believed to have given the Frenchman a deadline of 15 days to make a decision on his future.

Even as the issue continues to rumble on, club president Joan Laporta has commented on the 24-year-old’s situation, insisting that efforts are continuing to be made to renew his deal. He further adds that the 2018 FIFA World Cup winner can grow into a key player at Barca should he go on to sign an extension.

As quoted by COPE, Laporta said:  “The process has been slower than we desired on our part. We are working on it, we continue with our swords raised.”

Speaking of the value that the ex-Borussia Dortmund ace brings to the team, the Barcelona president added: “Dembele is a very important player for us. He can give much more to Barça than he has given. If he continues with us he can become a reference player.”

Reports have indicated that the Frenchman desires to continue at Camp Nou, although he is unhappy with the terms being offered. A meeting with his agent, Moussa Sissoko, is scheduled in the coming days as Barcelona look to close the matter at the earliest.