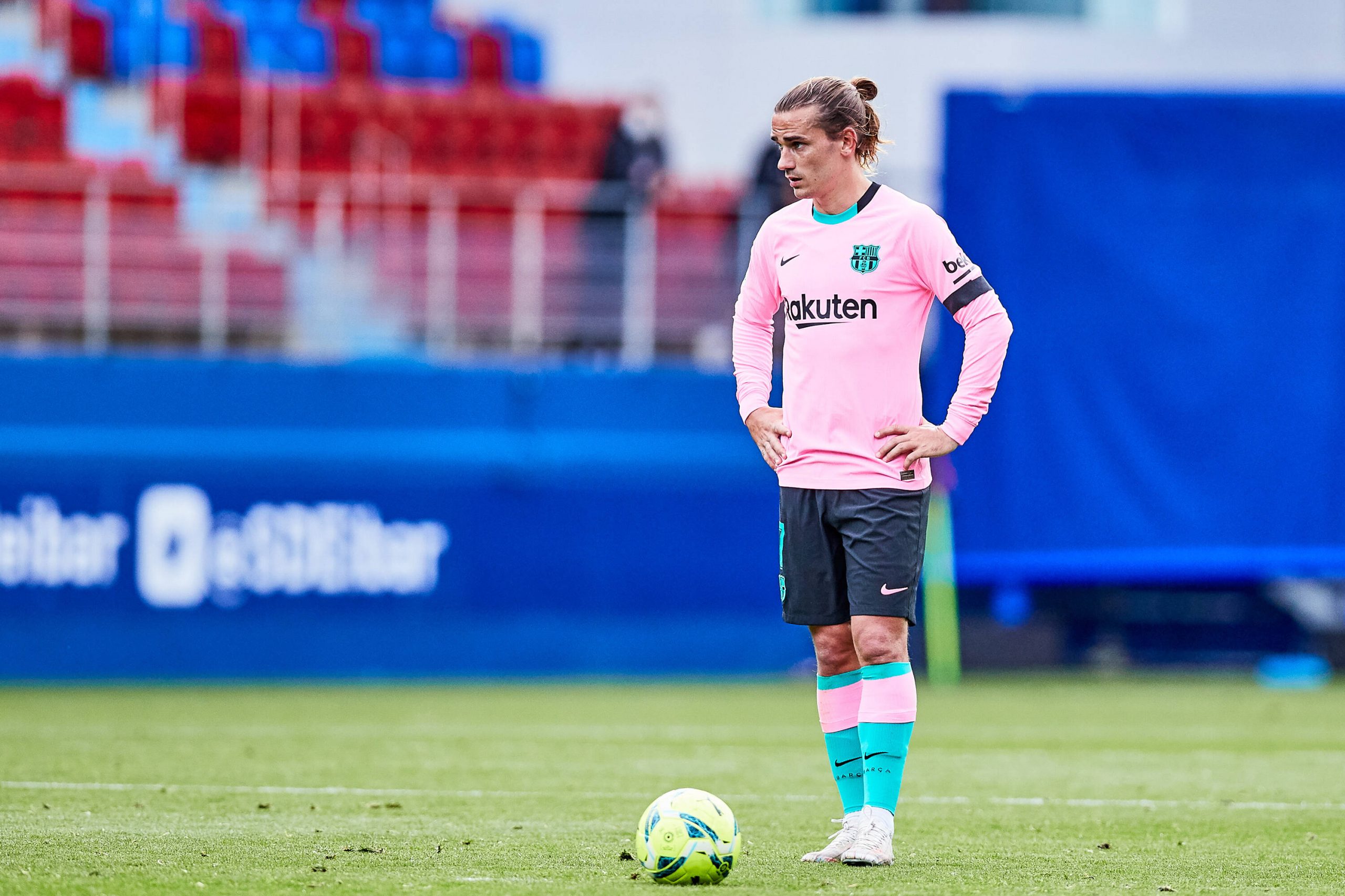 The rumour mill continues to be abuzz with speculations surrounding the future of Barcelona superstar Antoine Griezmann. The latest claim on the Frenchman’s situation comes from Mundo Deportivo, who state that the 30-year-old is willing to take a significant pay-cut in order to secure a return to former club Atletico Madrid this summer.

Griezmann’s situation at Barcelona, since his big-money move from Atletico two years ago, has never been favourable. The 2018 FIFA World Cup winner has failed to live up to the expectations that came with his massive price tag, although he did end the 2020/21 campaign on a strong note.

Nonetheless, with Barcelona desperate to shed some players in order to trim down their wage bill, Le Petit Prince could be sacrificed by the club, so that they are able to ensure Lionel Messi’s contract renewal goes through without any infringement of La Liga’s Fair Play and salary cap rules.

While Griezmann would ideally prefer to stay and see out his contract at Barcelona, he is open to securing an exit if push comes to shove. However, in that case, the French forward would prefer a return to his old club, Atletico Madrid. And, it is now being claimed that the 30-year-old would even be willing to lower his wages in order to secure a reunion with Diego Simeone.

This development comes amid rumours of a potential swap deal between the two La Liga giants involving Griezmann and Saul Niguez. The Rojiblancos are desperately looking to offload the 26-year-old Spanish midfielder, who is said to be open to making the switch to Camp Nou.

The problem, though, comes from Barcelona, who are keen on avoiding another ‘Luis Suarez’ scenario. Having seen the Uruguayan join Atleti and fire them to the La Liga title last season, the Blaugrana are wary of a similar situation repeating with Griezmann.

The situation surrounding the French superstar should get clearer once Messi’s future and contract renewal is sorted. For now, Griezmann is keen on moving back to Atletico Madrid and would be willing to take a pay-cut to do so.