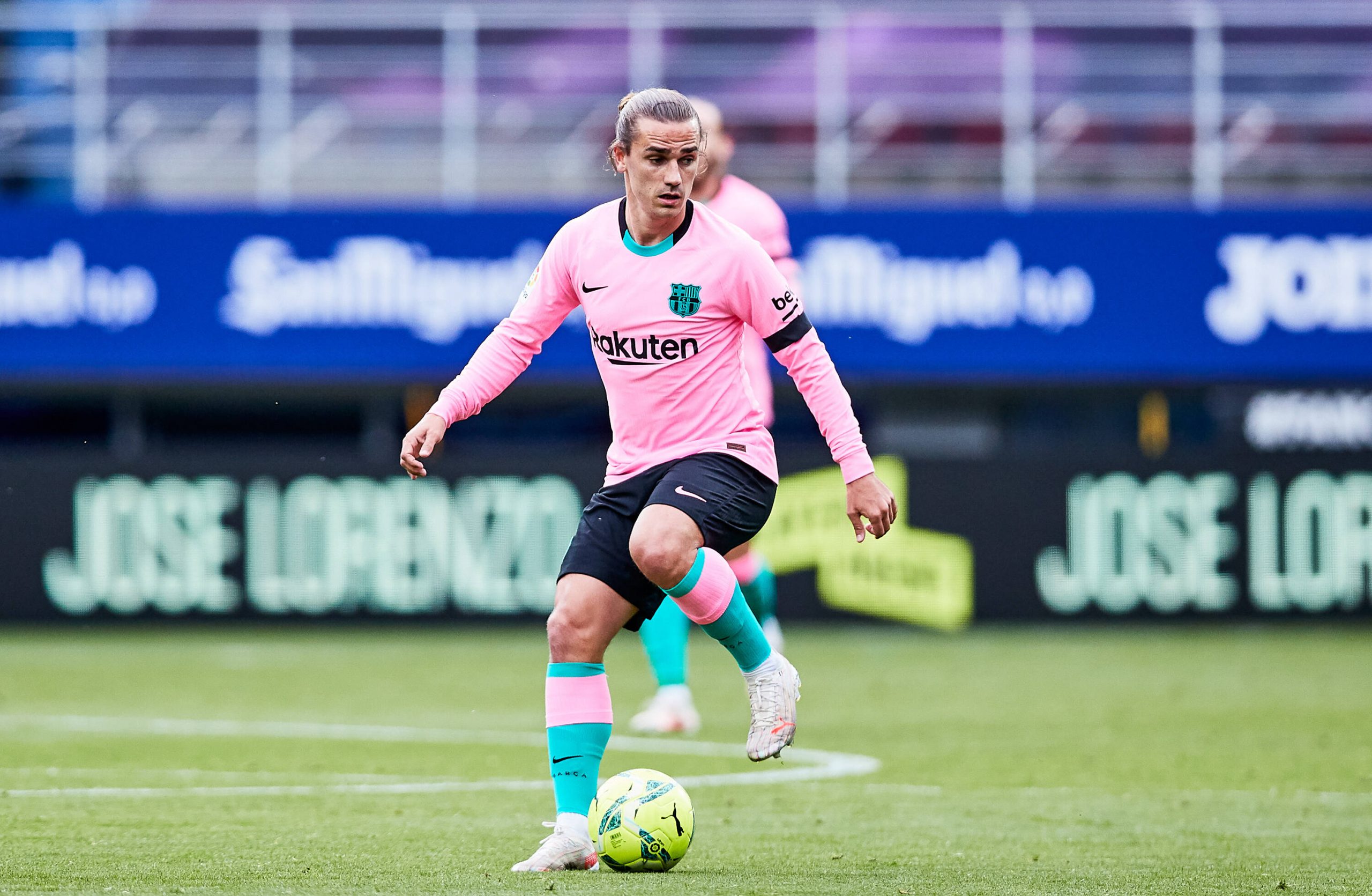 With the situation surrounding Lionel Messi and his contract seemingly resolved, the focus at Barcelona now has shifted towards another superstar, Antoine Griezmann, whose future hangs in the balance.

Signed from Atletico Madrid in 2019, the 30-year-old has had a couple of difficult seasons at Barcelona, although he showed signs of turning things around in the second half of the 2020/21 campaign. However, given the Catalans’ financial situation, getting rid of the World Cup winner’s wages would go a long way in helping balance the books to a certain degree.

Barca, to that end, have made Griezmann available for a transfer this summer, reports SPORT. The Catalans are willing to listen to offers for the 2018 FIFA World Cup winner, with the preference being a loan move to a foreign club where his wages are fully covered, given as a permanent transfer for a big fee is an unlikely prospect due to the financial situation created by the pandemic.

Griezmann, for his part, intends to stay at Barcelona but would not be opposed to an exit should the club decide that he needs to be sold, which the Blaugrana seem to have. However, as per the report, the Frenchman would want to have a say in his next destination, which is where things seem to be getting tricky for the club.

The 30-year-old is said to prefer a return to former club Atletico Madrid this summer should he depart Camp Nou. Barcelona, though, are worried about history repeating itself, having seen Luis Suarez made the switch to Wanda Metropolitano last year, only to lead Atleti to the La Liga title.

In addition, Atletico Madrid would push for a player-exchange deal rather than paying outright cash for a transfer. In fact, Los Rojiblancos are already had to have offered several players to Barcelona as part of a potential transfer, including midfielder Saul Niguez, but the Catalans are yet to be convinced about such a deal, with their preference being a defensive midfielder or a centre-back.

There has been interest from abroad with the likes of Chelsea, Manchester City and Manchester United monitoring the situation. Juventus, too, were a contender, but a move would depend on Cristiano Ronaldo’s future.

Barcelona, as iterated earlier, would be open to loaning him out to foreign clubs, on the condition that his entire wages are covered by the team that signs him.

Griezmann, though, has his preference firm – a return to Atletico Madrid. But such a move seems financially complicated to pull off, at the moment.