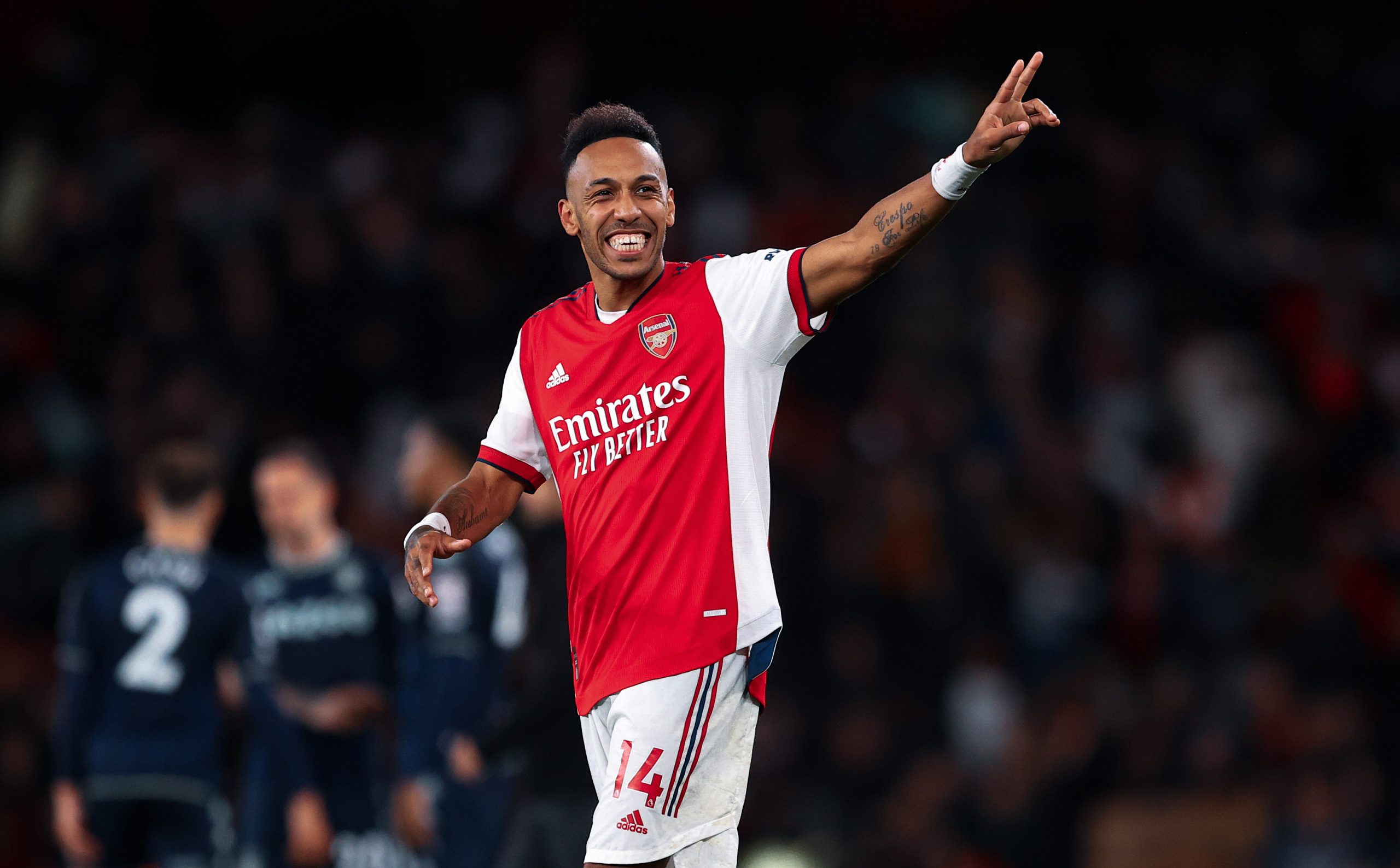 An unfortunate and ever-present part of the footballing world, or the world in general, is reducing what you see to its most prominent features. An even more superficial segment of this is not only focusing on the negatives but failing to see past them.

A by-product of this is seen when people speak about footballers. Harry Maguire? Reduced to the blunders he has made on occasion. Sergio Dest? As good as invisible against Bayern Munich and has failed to perform since.

There is merit to these arguments. These players, just like all others, are far from perfect. However, few people take the time to commend Maguire’s leadership and ball-playing abilities. Dest’s attacking involvement being amongst the best in European right-backs is rarely spoken about.

There is a similar perception, though not as extreme, around Pierre-Emerick Aubameyang. Aubameyang is a ‘finished’ player who is dependent only on his pace and is no longer a good striker. The following article will explain why that perception is insultingly reductive and how Barcelona can bring out the best in the Gabonese striker.

What went wrong for Aubameyang at Arsenal?

It is no secret that the last two seasons haven’t been too kind towards Aubameyang. This season, he has only scored four times in 14 appearances. Last season, he scored ten times in 29 games.

But the season before that, he managed to tally up 22 goals in 36 appearances to win the Golden Boot in his second season in the Premier League. The season before, he managed 22 goals as well. The main, though not the only, reason for his decline can be pinned to his new role.

In his first two seasons, before Mikel Arteta was appointed, Aubameyang was deployed as the main striker. This allowed him to make the most of his pace, anticipation in the box, as well as his crisp, clinical finishing.

Being played out of position isn’t the only thing contributing towards this. Arsenal have declined significantly as well. Specifically, the amount of chances created in the attack has reduced dramatically. Simultaneously, the number of chances that reach Aubameyang have consequently dropped.

The number of chances has steadily been decreasing, and now in February of the 2021/22 season, he only has four goals. But this is out of a total of 10 big chances. Speaking about the quality of chances, he has done as well as reasonable till this season being on par with or overperforming on his xG. He has underperformed by 2.89 xG this season.

Aubameyang hasn’t been on par with his earlier years, that is apparent. He is only partly to blame for this. Recently, Arteta has finally been figuring out Aubemayang’s best position. But public incidences as Arteta stripping him of the captaincy are bound to affect his confidence, and sporting situations such as a promising yet very inexperienced and turbulent Arsenal team contribute to the same as well.

The fact of the matter is the striker from Gabon is doing as well as one can reasonably expect in his circumstances. But what does he offer Barcelona?

How can Barcelona bring out Aubameyang’s best?

Looking at the current Blaugrana squad, the attack is particularly uncertain. Excluding Ansu Fati and Ousmane Dembele, who will probably not be playing a prominent part in the proceedings due to different reasons.

The options are Luuk de Jong, Ferran Torres, Ferran Jutgla, Ez Abde, Adama Traore, and now Pierre-Emerick Aubameyang. Xavi might opt to play Ferran Torres as the striker, but a better and even more probable alternative is playing Aubameyang there. Naturally, since this article aims to pin down how he can be best utilized, playing him at his favoured position is the base.

To understand how all aspects of Barcelona’s new striker can be optimized, focusing on the strengths while eliminating the weaknesses is necessary. Aubameyang is often uncomfortable in tight spaces and isn’t really in a stage of his career where making the necessary changes is a possibility. This rules out playing him as a false-nine or a deep striker.

But his strengths are clear. In the box, Aubemeyang is an expert at sniffing out even the faintest trace of a goal. His off-the-ball movement has been honed almost to perfection over the years.

His pace is still capable of exploiting most defensive high-lines. The Gabonese striker shows incredible anticipation in the box. Knowing exactly where the cross is going to end up and timing his blindside runs perfectly to reach that point before the defender is arguably his most vital asset.

An aspect of bringing out the best in him is also tailoring his teammates to a few different instructions if necessary. For example, the box-to-box version that we saw of Frenkie de Jong when he went on a scoring streak would complement Auba perfectly.

Having someone to occupy space in the box when the balls are on the wings is crucial to his goalscoring ability. While some strikers can control the box independently, the same cannot be said for Aubameyang.

Granted, he brings out the worst in the defenders’ chemistry. But a carefully coordinated backline can contain him quite regularly. By putting in a late runner or a player that often occupies spaces in the box, the uncertainty introduced is enough for him to perform at his best.

In terms of the players that will complement Aubemeyang the best, wingers that are able to cross the ball clinically would be the ideal players. Adama Traore, despite all his near-perfect dribbling, only puts in 0.45 crosses into the penalty area successfully per 90. Ferran Torres performs even worse, ranking below the tenth percentile in both passes and crosses into the penalty area.

The other options perform similarly, none of them proving the quality to nail down either wing. Taking this into consideration, if the best is to be brought of the new striker, involving the full-backs is essential.

The statistics are clear; the full-backs must be involved more. This is surprisingly something that benefits other players as well. Ferran Torres performs very well when playing as an inside forward. Though the same cannot be said of Adama Traore, that aspect could very well line up with what we have seen from Xavi’s Barcelona so far. The backline has often acted as a sort of a back-three, with Alba joining the midfield.

With Ferran on the left-wing and Adama on the right, the pieces can click into place. Alba will be able to move forward as Ferran tucks in, whereas the former Wolverhampton Wanderers winger will retain control of the right-wing where he excels in progressing the ball.

The one glaring disadvantage in this is the right-back spot. Dest won’t be able to move forward as much. This would limit him as statistically, he is among the best progressors of the ball in Europe among right-backs. Here, Xavi will have to choose between him and Dani Alves. Regardless, the right-back will be limited to an extent.

Pierre-Emerick Aubameyang has been a top scorer in two separate leagues, African Player Of The Year 2015, six-time inclusion in the CAF Team Of The Year, among other honours. There is much he has to offer. But will the system at Barcelona suit him? We can only speculate as of now, but it certainly can. And the measures discussed here would certainly help.

But there are many factors at play here, from his adaption to La Liga to the team’s overall willingness to absorb the necessary instructions. This transfer is essentially an excellent move in both sporting as well as financial terms.

Should the team line up with suitable tactics and personnel, there is a lot that Aubameyang still has to give, and Barcelona would benefit greatly from the same.