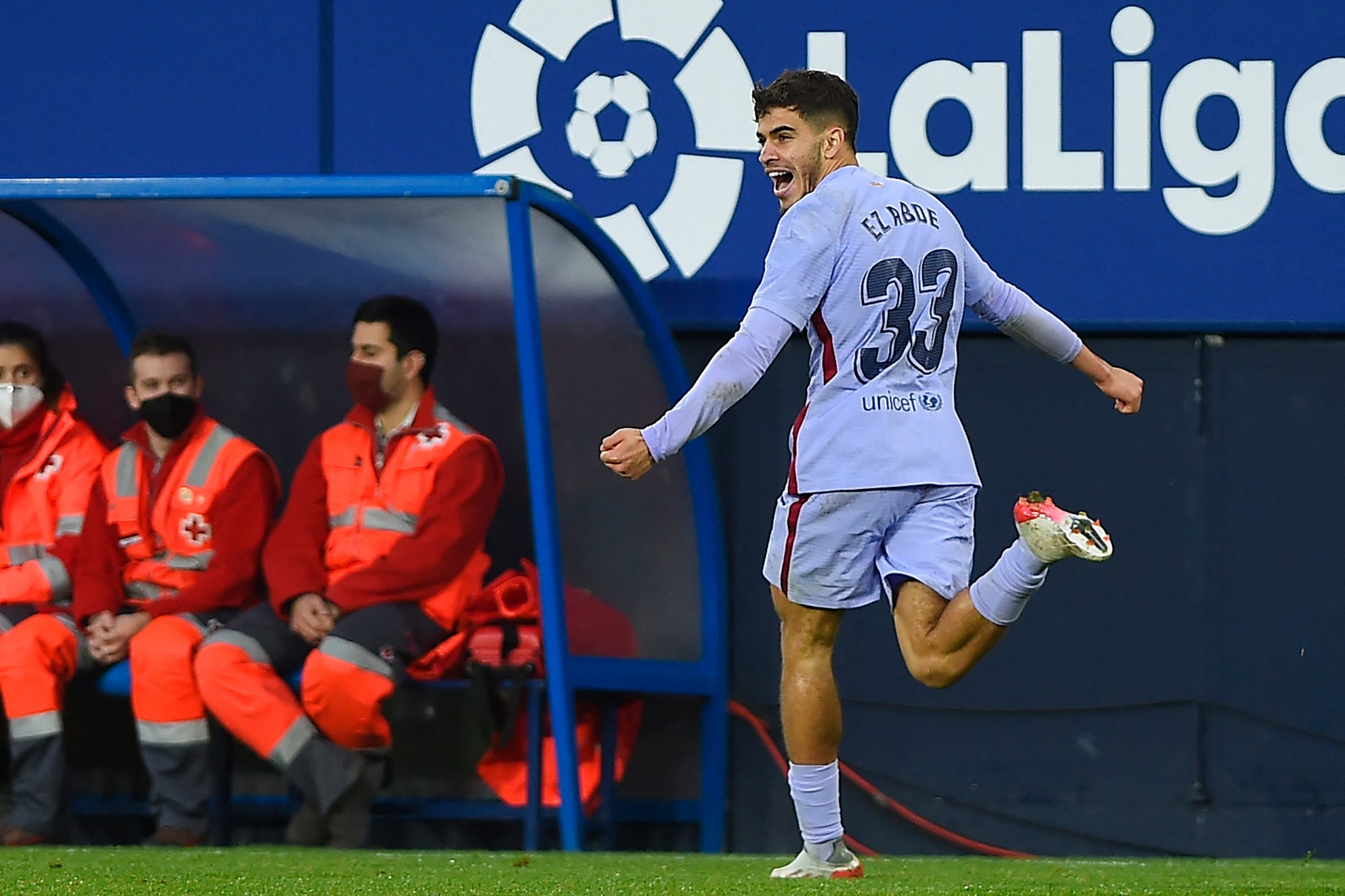 With Barcelona closing in on signing Raphinha and Ousmane Dembele also set to renew his contract, it was bound to have some implications on the other wingers in the squad.

Question marks have been raised over the future of Memphis Depay, who could become a peripheral figure, more so if Robert Lewandowski is also added to the roster.

Another player to be affected by the impending dual signing of Raphinha and Dembele is young winger Ez Abde.

The 20-year-old has been at the club for only a year, having joined from Hercules CF last summer. He enjoyed a promising breakthrough campaign even though he spent the majority of the season with Barcelona Atletic.

Abde was primed to earn a first-team spot if the Catalans were unable to sign either Raphinha or Dembele. But with both set to be a major presence in Xavi’s setup next season, the young Moroccan has been told to leave the club on loan for the upcoming campaign.

And according to a fresh update from Portera Nunez, Abde is set to join Barcelona’s local rivals and newly-promoted La Liga club Girona on loan for the upcoming campaign.

Girona, who are back in the Spanish top-flight via playoffs, have been showing an interest in signing the 20-year-old ace from Barça. And it seems like they may have convinced the player to move to Estadi Montilivi for the 2022/23 season.

Considering the plethora of attacking options at Xavi’s disposal, Abde would have found game-time hard to come by in the first-team setup at Camp Nou. So, a loan move to another La Liga club where he can regular game-time can be a good move for the young winger.

The 20-year-old would stand to gain significant first-team experience while playing in the top flight, which would not be possible if he stayed at Barça. With a loan move to Girona now on the horizon, it will be interesting to see how Abde fares in the upcoming campaign.