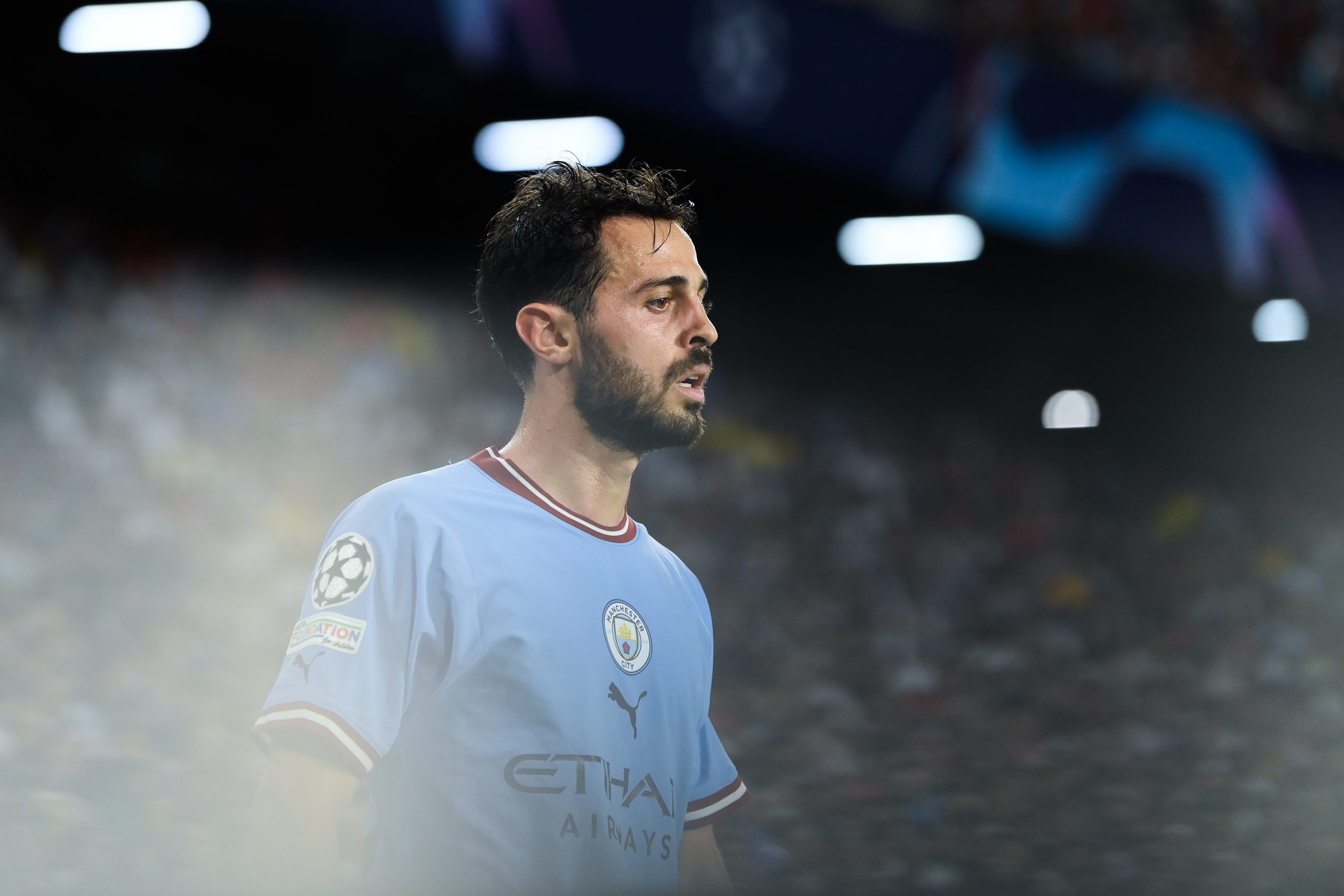 Bernardo Silva was one of the most talked-about footballers for much of the recently-concluded summer transfer window as Barcelona battled hard to secure his services from Manchester City.

However, given the club’s hands were tied financially, they could not move enough parts in time to get the deal over the line and the Portuguese international ended up staying put at the Etihad Stadium, even though he dreamt of a move to Spotify Camp Nou for much of the summer.

But, while the ship might have sailed for this year, according to SPORT, Barcelona have not given up their pursuit of Silva and will return for the midfielder again in the summer of 2023.

Indeed, despite having spent heavily to shape up their squad this summer, the Blaugrana believe that Silva is the missing piece of the puzzle and would elevate the team to another new level if he arrives.

Hence, the Catalan heavyweights will make another attempt to land the former AS Monaco ace come 2023.

Manchester City, for their part, have always appeared reluctant to let go of Silva, who has flourished under the tutelage of Pep Guardiola. However, the Premier League champions are unlikely to stand in the way of the player if he makes it clear that he wishes to leave.

But, as they did this past summer, the Citizens might demand a transfer fee of around €100 million yet again for their ace midfielder.

With Pedri and Gavi shining bright, Franck Kessie on board and Frenkie de Jong also available, adding Silva would take the quality of the Barcelona midfield department to stratospheric levels.

However, it might also lead to question marks over the future of de Jong, who Barcelona wanted to sell eagerly this past summer itself.

For now, though, what is clear is that Silva still remains on the radars of the Blaugrana and another attempt will be made to sign him next year.