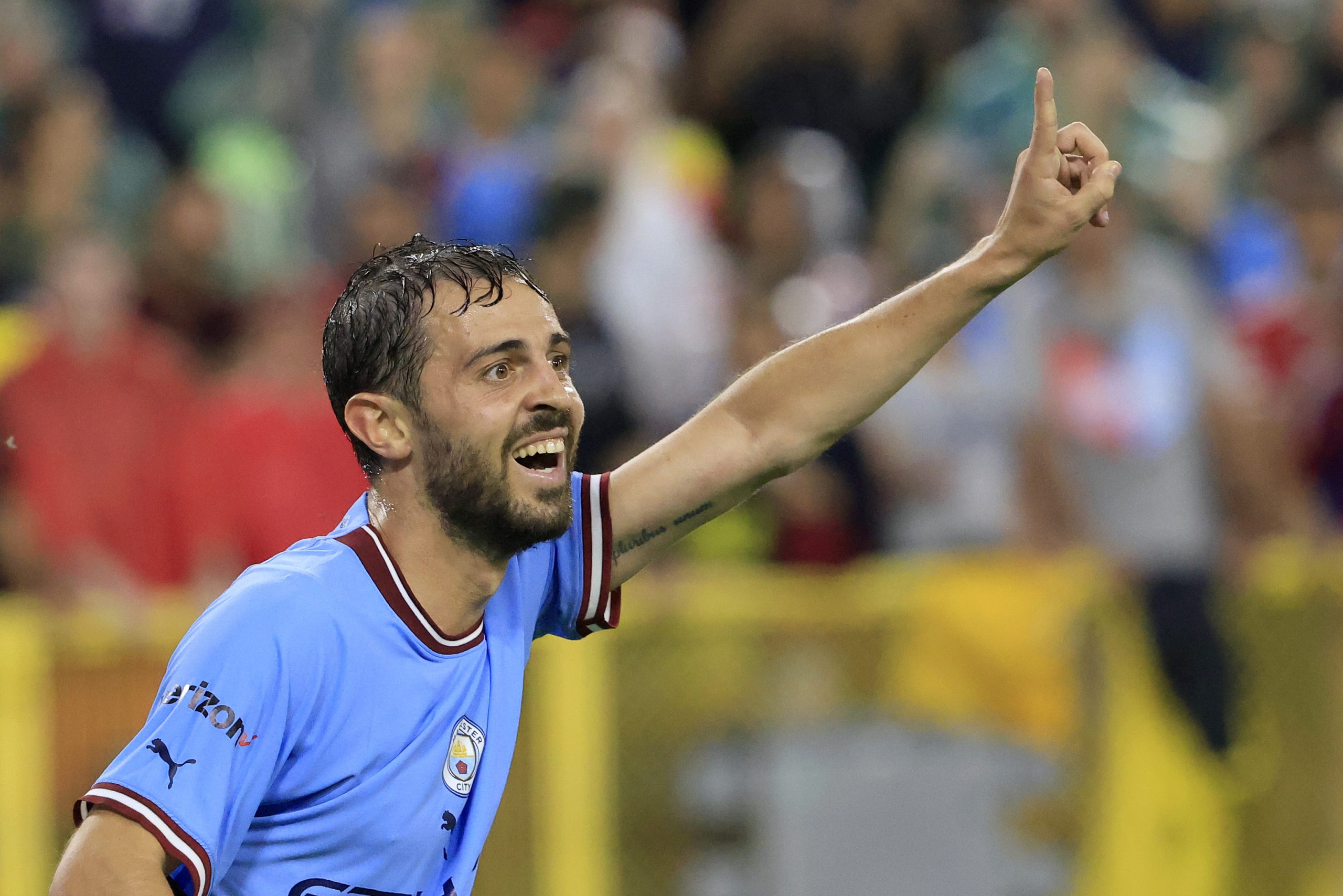 Amid claims that Barcelona and Manchester City could settle for a transfer fee of around €50-60 million for Bernardo Silva, Daily Mail’s Jack Gaughan has come up with a fresh update on the Portuguese international’s future at the Etihad Stadium.

On Tuesday, Gerard Romero reported that Silva could arrive at Barça for a fee around only €50-60 million despite earlier speculations suggesting that the price tag could be much higher.

Silva is reported to be keen on a move to Camp Nou while City manager Pep Guardiola also recently hinted that the 27-year-old could leave the club before the transfer window slams shut.

However, as per the update from Jack Gaughan, the Premier League champions do not wish to sell Silva this summer. Their stance would change only if a massive offer of above £80 million (€94 million), i.e., closer to the €100 million mark that was previously reported, comes along.

Silva has been one of Man City’s best performers in the five years he has been at the Etihad since arriving from AS Monaco in 2017. The 27-year-old was critical to their Premier League title triumph last season, but he seems keen on a move to Barcelona this summer.

Reports have claimed that the Catalan giants already have everything agreed with the midfielder’s agent, Jorge Mendes, over a transfer, while it is also claimed that the Portuguese international has already begun house-hunting in Barcelona.

A busy period awaits Barcelona as they not only look to close deals for Silva and Chelsea star Marcos Alonso but also successfully register all their players after having encountered problems with La Liga’s Financial Fair Play rules.