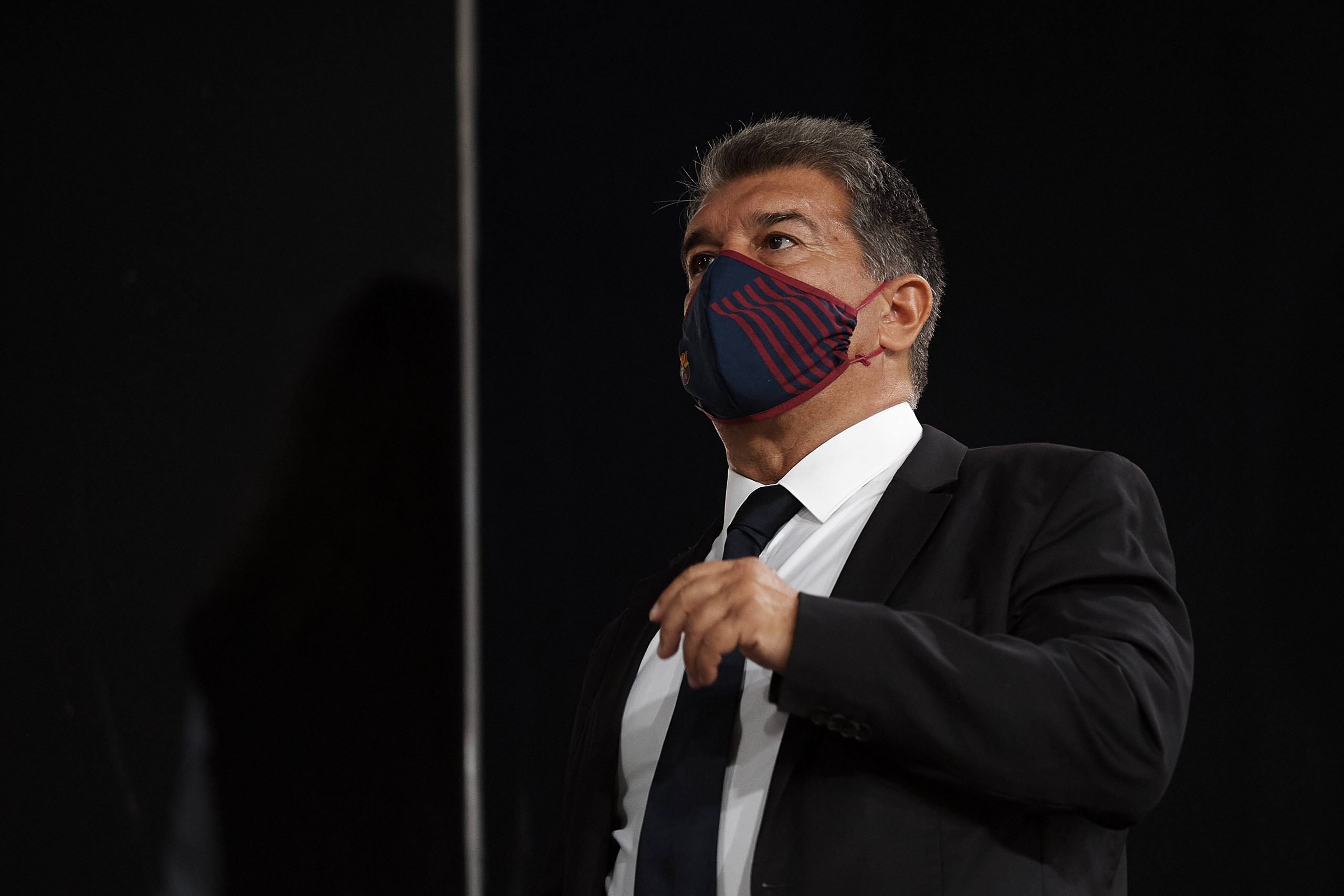 Another game, another dour draw, and Ronald Koeman takes another step towards the exit doors at Barcelona.

Coming into the game against Cadiz on the back of two disappointing results, a win was of paramount importance for Koeman and Barca. However, what followed was yet another limp display lacking any clear ideas or plan.

Eventually, the contest ended goalless, with Barcelona finishing with just ten men on the field after Frenkie de Jong’s second-half sending off. The result seems to have sparked the Barcelona board into swift action.

While the axing of Koeman had been decided upon earlier in the week itself, the Catalans were willing to wait for an appropriate moment before making an announcement. However, things seem to have accelerated after the latest setback, with president Joan Laporta narrowing it down to two candidates as replacements for Koeman.

Indeed, as per SPORT’s Toni Juanmarti, the race is now between former midfielder and club legend Xavi, and Belgium national team boss Roberto Martinez, to replace Koeman as the head coach of Barcelona.

The journalist claims that the Catalans will initiate talks and keep the communication channels open with both the parties until it is time for them to take the big decision as to who will be the Dutchman’s successor at Camp Nou.

Xavi might not have a lot of experience as a manager but has done fairly well with Al-Sadd in Qatar. Furthermore, given his past ties with Barca, the World Cup winner knows the club inside out, which should count in his favour.

Martinez, meanwhile, has done a splendid job with the Belgian national team, turning them into the No. 1 FIFA ranked side since taking over. Another report from SPORT adds that the Spaniard, who has coached the likes of Everton, Wigan Athletic, and Swansea City before, is someone that Laporta has a lot of admiration for.

It is stated that Laporta had Martinez in his thoughts right from the moment he was re-elected as club president earlier this year. Initial contact is said to have been made with the Belgium boss, who is contracted with the Red Devils till the FIFA World Cup in Qatar next year.

However, should he express the desire to take over at Barcelona, a deal could be worked outpost the October international break during which Belgium will be participating in the UEFA Nations League semi-finals.