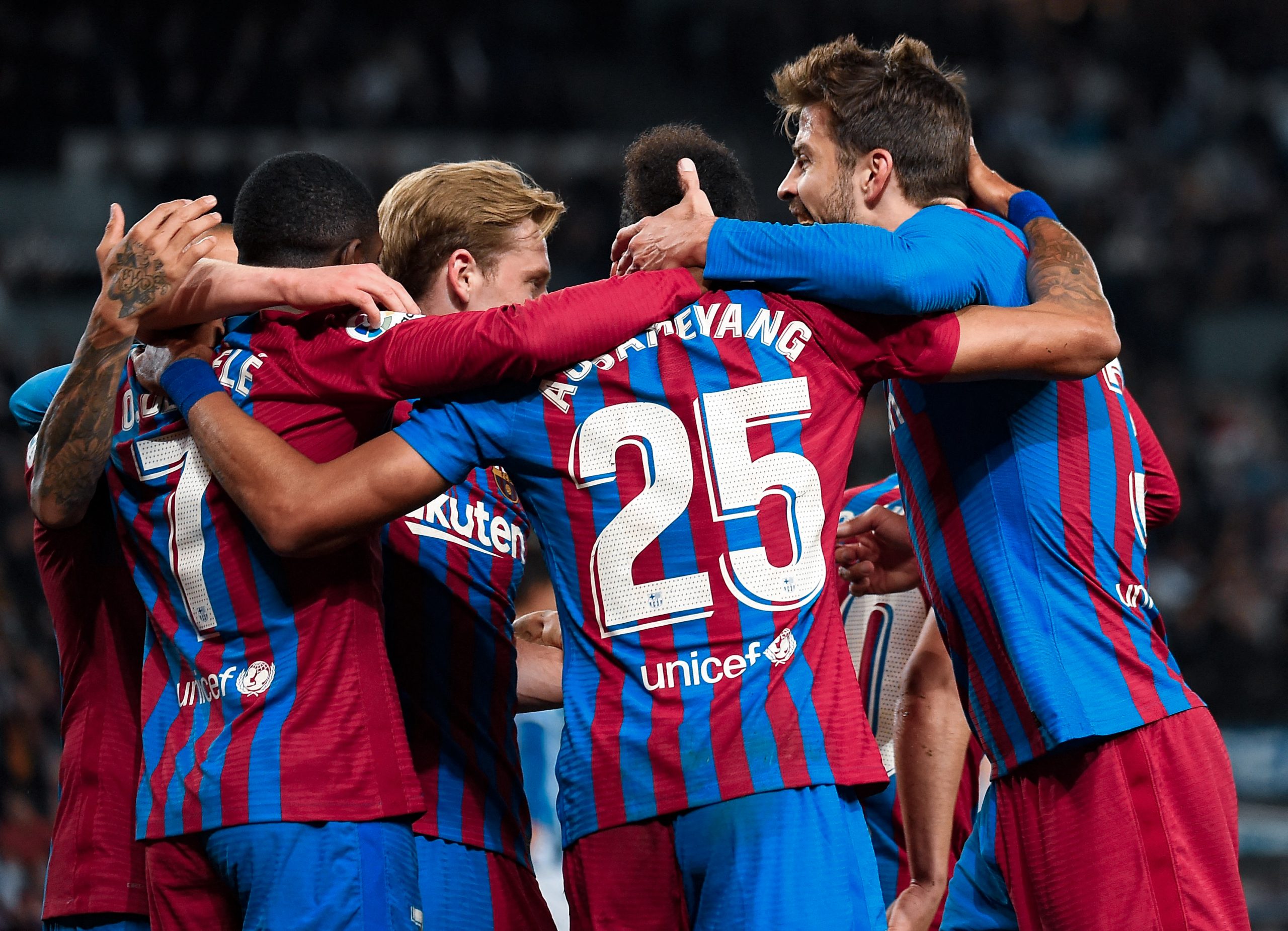 After returning to winning ways against Real Sociedad, Xavi’s men take on Rayo Vallecano to cover up one of their games in hand. The result may not count for much on the league table, but it will be crucial for the team’s morale.

Xavi will have to shuffle his cards on the night, some forced and some as an option. It could be a great opportunity for the manager to test his bench strength and plan for the next season.

Rayo Vallecano have had a poor past two months, but scored their first win in over 13 games against Espanyol earlier this week. Needless to say, they will look to take inspiration from their victory and keep the ship sailing.

Injuries have plagued Barcelona’s season, but Xavi will be grateful to have Ronald Araujo and Gerard Pique‘s services on the night. While Pique received his medical all-clear earlier this week, tests conducted on Araujo revealed no injury to the Uruguayan either.

The duo will man the central defence on the night in front of Marc Andre ter Stegen who will don the gloves.

Segino Dest will have a wonderful opportunity to impress the manager on Sunday. Dani Alves is out injured, and the USMNT star is almost guaranteed a start at Camp Nou over fellow right-back Oscar Mingueza. Jordi Alba will guard the left flank.

In midfield, the manager will look to deploy a combination of youth and experience. Sergio Busquets is an undisputed starter in the side, for no bench option can replicate his impact on the field.

Nico Gonzalez and Gavi could complete the midfield against Rayo Vallecano with Frenkie de Jong getting a much-needed rest. While the latter has made the most of every minute this season, Nico will look to catch Xavi’s attention.

Ousmane Dembele will start on the right-wing and will look to continue to menace the opposition defence. He has been Barcelona’s brightest star in attack and will hope to maintain his high level.

Ferran Torres will start on the left wing. The Spaniard shone against La Real and picked up the assist on the night. Needless to say, he will look to ride the wave.

The final player in the lineup could be Memphis Depay. Xavi has tried to play the Dutchman as a striker in previous matches, but it has not paid off yet. With no repercussions in the case of a loss, Xavi could look to give Depay another chance to impress.

What to expect from Rayo Vallecano?

Andoni Iraola has been a strong advocate of the 4-2-3-1 system this season, and everything indicates that he will use the same foundation against Barcelona.

Stole Dimitrievski averages three saves per game this season and has maintained seven clean sheets. He saved a 72nd-minute penalty taken by Memphis Depay when the two sides met last to help his side to a win. He will start in goal.

Alejandro Catena and Nikola Maras are the two players who will play in the centre-back positions. The former has scored one goal and provided one assist in his last four games, and will be one of Rayo’s key pieces at Camp Nou.

Fran Garcia is expected to start at left-back and will have to face the wrath of Ousmane Dembele. At right-back, Ivan Balliu will look to come back strong after being sent off against Alaves.

Rayo’s double pivot will be manned by a combination of Santi Comesana and Oscar Valentin. The duo will be accountable for holding their sides fortress and preventing any breaks on the counter.

Alvaro Garcia and Isi Palazon will start as the left and right attacking midfielders respectively with Unai Lopez deployed as the central advanced playmaker. The side is rounded off by Sergi Guardiola as the striker.

It is a running joke amongst Barcelona fans that all goalkeepers turn into their best versions against Barcelona. Dimitrievski is another player who falls under the same category.

When the two sides met earlier this season and Rayo Vallecano had a one-goal lead over the Blaugranas, the North Macedonian international stepped up and pulled off an unreal save.

Facing off against the same opposition on Sunday, he will look to maintain another clean sheet.

Barcelona will walk out of the dressing room determined, especially as some players on the night have a point to prove. The Catalans are expected to win on their recent form, but Rayo’s tight defence will ensure a low-scoring thriller.