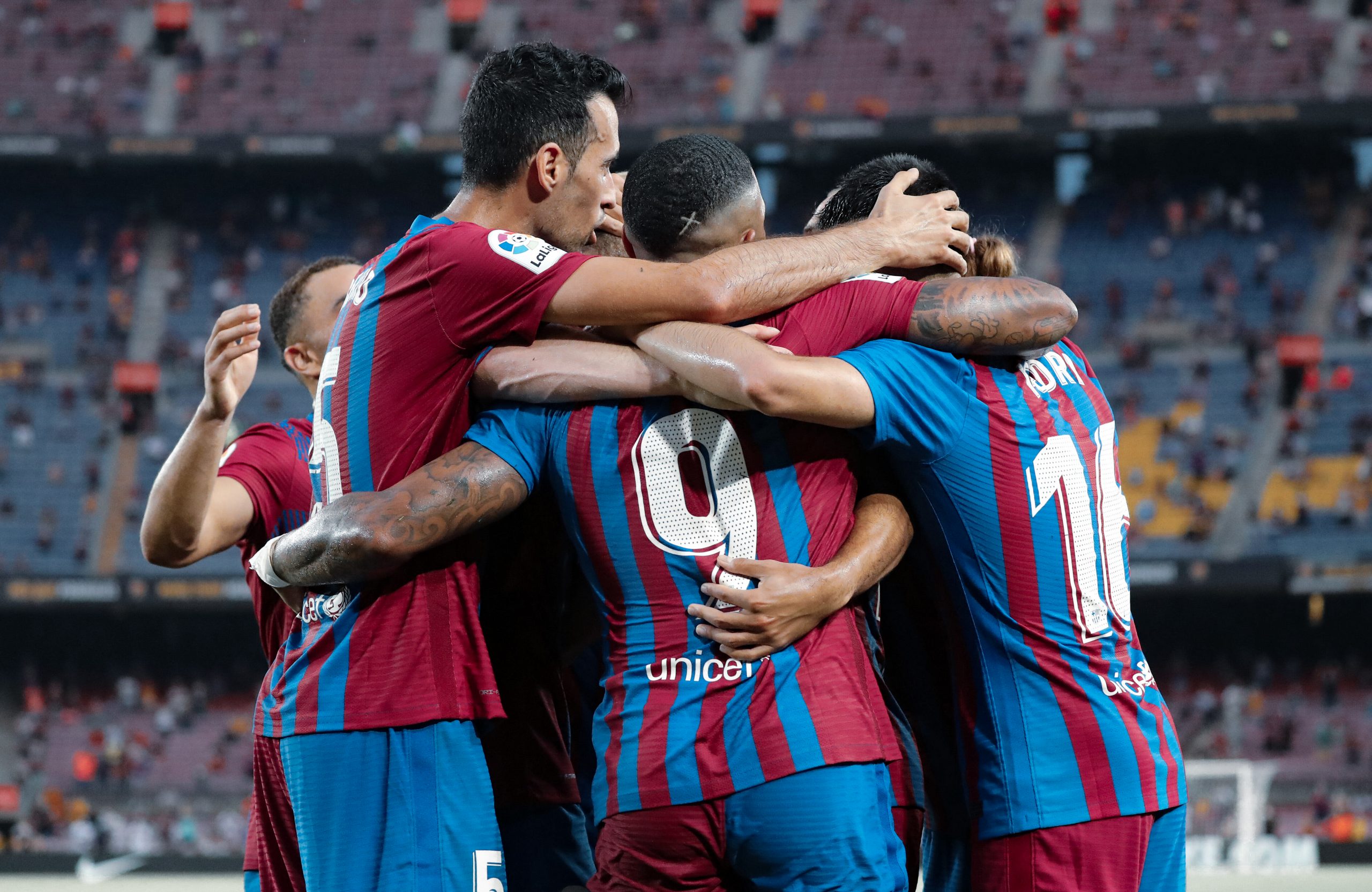 Under Jose Bordalas, Getafe played a rough, pragmatic style of football. Located in the south of Madrid, the club saw results that signalled towards clear overperformance. Simultaneously in Catalonia, Quique Setien had just been sacked. Despite promoting his attacking, supposedly fluid style of football, he was sacked for a lack of results in the relatively short time he was at the helm.

Now, with new coaches in both teams, Ronald Koeman’s Barcelona will take on Michel’s Getafe. A Barcelona without Messi, a Getafe without Bordalas, the two teams will go head to head at the Camp Nou tomorrow.

In the two matches before this in La Liga and during pre-season, we got an idea of what to expect this season from Ronald Koeman’s Barcelona. Last season, the 4-3-3 was deployed most often. We saw the same in the last few matches, as well as the game model of playing attacking football based on positional play.

Usually dependent on Lionel Messi to be the creative and attacking deputy, Barcelona had a cheat code whenever they were unable to find their way through the defence. Now, however, that won’t be possible. We can expect to see the burden fall on Antoine Griezmann and new signing Memphis Depay instead.

In midfield, prodigal midfielder Pedri has been given a well-deserved break. Reportedly, Sergi Roberto could start. Despite this, we might see youngsters like Nico Gonzalez and Gavi get a chance.

Barcelona’s defence is nothing short of dysfunctional. Their scorelines don’t show exactly how inefficient the backline is, but this is definitely something Getafe will be looking to exploit.

Though Getafe have deployed a 4-4-2 and a 5-3-2 in their previous two matches, a 4-4-2 seems to be more likely against Barcelona. The mid-block can help Getafe play quickly on the attack while simultaneously forcing the Catalans to be incisive and efficient when attacking. Michel will be approaching this match with Barcelona’s weaknesses in mind.

The two-striker system that we are sure to see will have to be on top form to do their job. At the same time, the wide midfielders retain importance regardless of the formation in Michel’s system. If these players play well, so will the team. The problem being, they really haven’t hit the ground running this year. Against Barcelona, a win would be a massive boost to a team that finds itself 18th in the league as of now.

Nemanja Maksimovic is the player who has benefitted the most by playing in this system. His best is brought out as it makes the most of his physique, work rate, and conducting abilities. In the last two matches, Maksimovic was invaluable for Getafe despite the team failing to register a goal. As it happens, his ability to intercept the ball and immediately start counters is something that Barcelonas struggle with.

When Getafe attack, the wide midfielders will advance to form a 4-2-4, which leaves the midfielders with a lot of space to cover. Maksimovic is someone who thrives in such scenarios due to his ability to intercept the ball and cover passing lanes very well. This could potentially be Getafe’s strongest asset against a team that is technically superior by a clear margin.

Getafe are undergoing a managerial change, and it’s safe to say that the new manager isn’t looking to imitate the previous. The difference between both is significant. The players are going to take some time to adjust, and Getafe are, at the moment, unable to be at their best. Apart from a spectacular change of events, there seems little for Getafe to take away from this game. They would understandably be happy even with a draw against Barcelona.

For the Catalans however, a win would be the expected result. Considering Barcelona’s lack of attacking power when forced with something that requires incisiveness, three goals would be too optimistic. A 2-0 win for Barcelona seems like the most probable outcome.