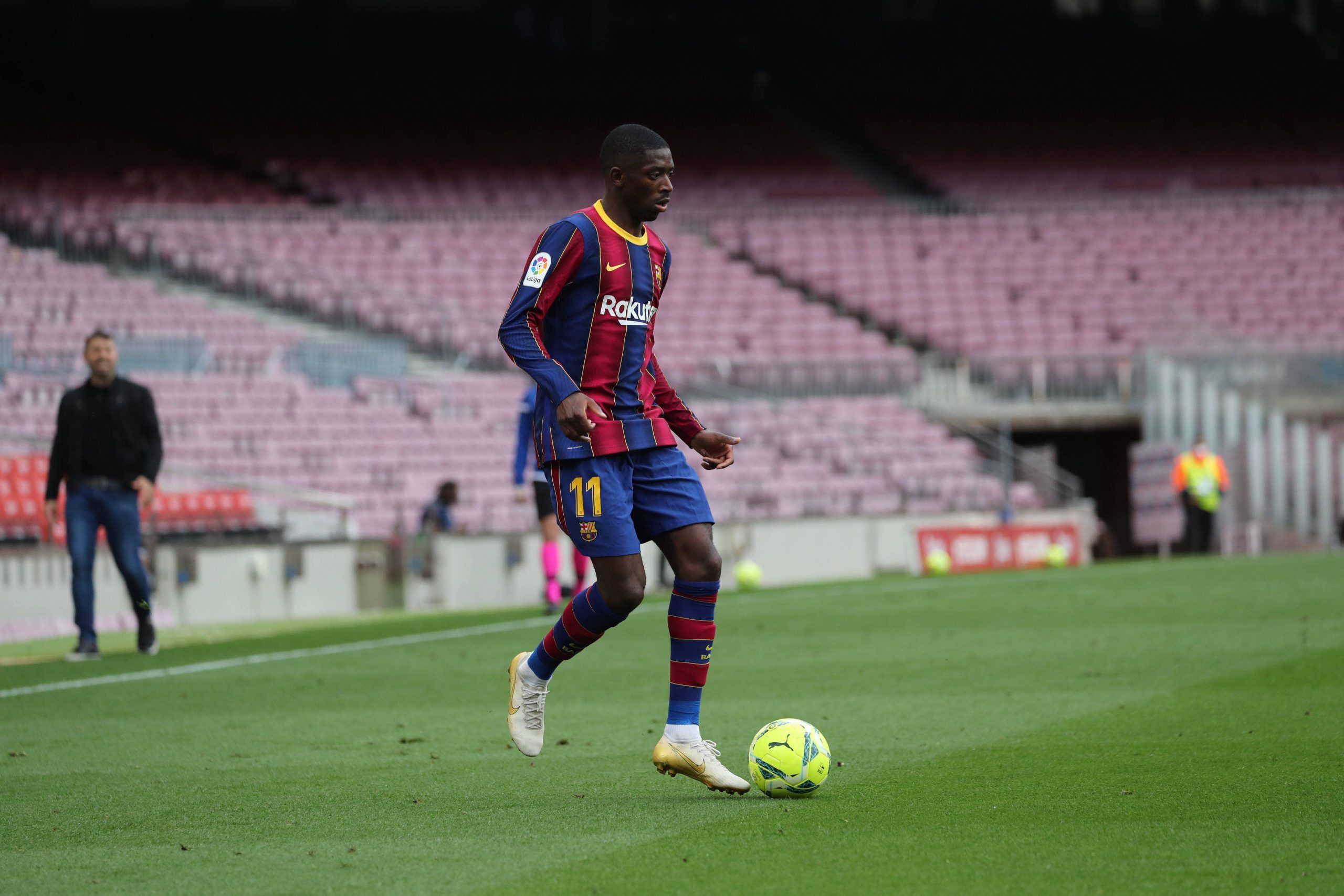 The twists and turns keep coming for Barcelona in the contract renewal saga of winger Ousmane Dembele. The Frenchman has been very non-committal about his future of late, leading to plenty of debate within the Blaugrana sphere about his continuity.

With plenty of suitors for the 24-year old, and the club grappling with a seemingly unending list of financial complications, many believe Dembele has already played his last game for Barcelona, but according to reports from TV3, that is not the case.

Dembele enjoyed his best season in terms of fitness and output since he joined Barcelona from Borussia Dortmund in 2017. Yet, he has not come anywhere close to repaying the club’s fiscal and sporting faith in him. Clubs like Paris Saint-Germain and Italian giants Juventus are both reportedly gunning for his signature.

The catch, as reported previously, was that Dembele would see out his current deal with the Catalans, which ends in 2022, and then leave on a free transfer. From Barcelona’s perspective, that is a nightmare given the amount they have invested in him and the fiscal situation they are in.

Given his decent season, a sale could help recoup at least some money. In addition, the imminent arrival of Memphis Depay, which, the report states will be announced after Holland’s next matchday of the Euros, will certainly mean Barcelona need to free up funds and space in the attack.

Dembele, who is also at the Euros with France, has stated that he will focus on the competition with Les Bleus at the moment, following which the negotiations about a renewal can resume. But as Barcelona slowly run out of patience, the prospect of the winger’s departure looks increasingly likely.