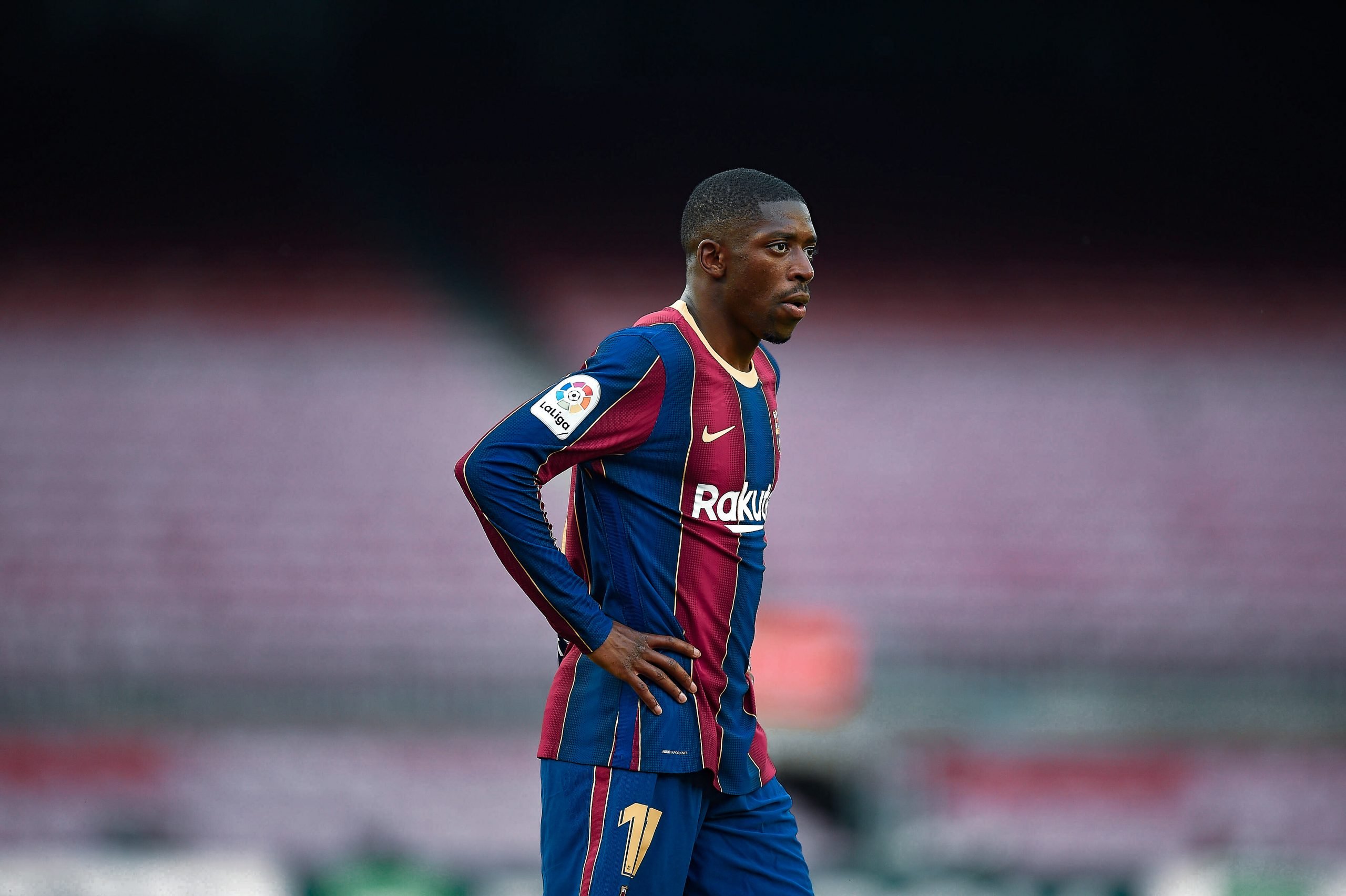 Ousmane Dembele’s arrival at Barcelona four years ago came amidst some of the most trying times in the club’s history. Still reeling under the shock of Neymar’s departure, the board and fans built a mountain of expectation around the young Dortmund star.

As years passed, injuries plagued the wingers spell at Barcelona. Every setback in fitness was succeeded by a mightier blow. Yet, that hope did not die down. The expectations still stood as they were. Once fit, Dembele would conquer the world and potentiate Barcelona’s attack.

That season finally arrived under Ronald Koeman. In the past year, the Frenchman has seen consistent action and long spells in good physical shape for the first time since his arrival. It has given the world a chance to look at him in action week-in and week-out and arrive at an opinion based on facts. Moreover, it has provided an opportunity to judge his performance with respect to the expectations one has been carrying for so long. Have his performances justified his enormous price tag? If not, have they provided some assurance that he will reach that level at Barcelona?

In the league, Dembele registered a tally of six goals and three assists in the past season. His presence on the field has, on multiple occasions, provided his side with an X-factor that does not come easy. The game against Sevilla comes to mind in a flash. In that 2-0 win, Ousmane Dembele lit up the Ramon Sanchez Pizjuan. Throughout the game, his unexpected start as a striker kept the Sevillan defence in ruins. His constant runs in between the lines produced absolute carnage.

There is no doubt that Dembele has a very bright future ahead. His agility, terrifying pace and ambidexterity coupled with the ability to take on full-backs, relentless body feints, audacious fake shots make him a player with a unique profile and a widely sought after asset. However, not at Barcelona.

For all his unique attributes, Dembele has seldom looked a part of the team in the game. The mark of any Barcelona player is the sense of reassurance he brings with the ball. A guarantee that it is in safe hands. These are the players who can steer out of tight situations with the ball glued to them. It is their impeccable spatial awareness, in-game intelligence, and ability to stay cool that catalyses their success at the Catalan capital. These qualities are all seen in Barcelona’s recent breakout stories — Frenkie de Jong, Pedri, Ilaix Moriba, Oscar Mingueza, Ronald Araujo, Ansu Fati, among others.

Ousmane Dembele, on the other hand, just isn’t built for this type of play. His game is very spontaneous, not very compatible with a slow buildup. Every time the Frenchman gets the ball, his instinct is to run right at the defence, not to look for the best passing outlet. His composure on the ball is limited. His decision making under pressure, though improved, is nowhere close to where it needs to be.

Statistics show that Ansu Fati has been more influential for Barcelona when compared to Ousmane Dembele. His influence, though not as great as that of Neymar’s, is as close to replicating it as Barcelona can find.

That is solely because his profile is closer to that of the Brazilian. Ansu Fati, though hasty at times, has the right skill set to succeed at Barcelona. The youngster knows to keep his cool, find the right passing outlets, maintain possession and play in cohesion. In his limited playing time, we have seen him getting into a working understanding with Jordi Alba, Frenkie de Jong, and Lionel Messi.

The same cannot be said about Dembele. Despite having played significantly more than the 18-year-old, he has not built that understanding. Jordi Alba, in the final third, has no idea where to expect Dembele to be and hence, cannot feed in a ball. Lionel Messi, despite all his alien prowess, cannot understand the Frenchman’s movements. It is an understanding that is difficult to build but essential in Barcelona.

Indeed, having players of all profiles is essential for a club competing at the highest level. The Barcelona winger provides a lethal option on the counter, but at what cost? The Frenchman was brought in for €135 million and handed a salary of close to €11 million a year not for providing an ‘extra option’. A player with one of the highest wage bill in the squad truly deserves his place only if he is a regular starter and is an integral part of the plans.

Now that his contract is on the brink of expiring, there have been reports that there is trouble with the renewal. Barça fear that Dembele has already decided to leave and thus, would be open to selling him this summer with the asking price set in the range of €50 to €60 million.

Having Dembele in the squad would be an unimaginable boost for so many clubs in the world. Any team that revolves around a counter-attacking approach would benefit immensely from his addition. He could be a regular player and statistically provide a much higher direct contribution tally.

Does Ousmane Dembele belong in the long term plan for Barcelona? Unfortunately, despite all his world-class abilities, his future may not lie in Barcelona. Especially with the transfer of Memphis Depay, Sergio Aguero, and the return of Ansu Fati.

A freshwater fish cannot survive in the ocean water despite repeated hopes and prayers simply because it does have the right physiological mechanism to cope with it. However, a fish from one ocean could survive in another ocean at the other end of the world after a few weeks of struggle.

Similarly, a player with contrasting attributes to that required at Barcelona cannot be expected to start playing the football the club want to pursue. Only a player from a similar background or with a slightly similar skill-set can slot into the system. Ousmane Dembele could come up as a devastating winger in five years, but it will not happen in Barcelona. A transfer would make sense on both parties.