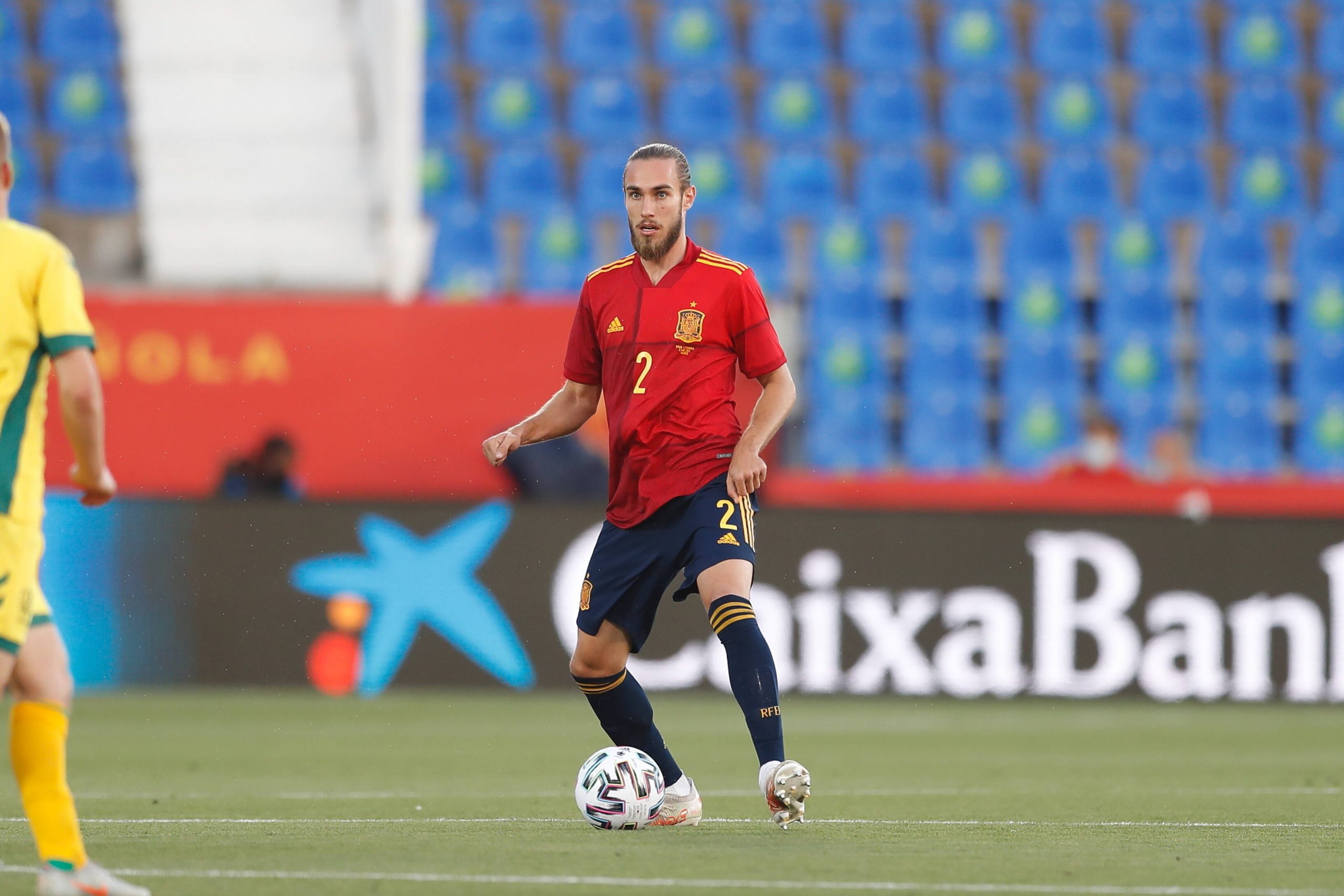 According to news coming in from Catalunya Radio’s sports program Club de la Mitjanit, Barcelona gem Oscar Mingueza will be among the names shortlisted to represent Spain at the Olympic Games to be held in Tokyo in just under a month’s time.

Mingueza was already part of Luis de la Fuente’s squad in the U21 Euro, where the Spain U21s unfortunately lost to Portugal in the semifinals. But now, he will have one more shot at early glory in his international career as he is bound to be selected for the Olympics.

Luis de la Fuente, the U21 and Olympic coach will have to name his final squad for the competition in Tokyo by Tuesday. Mingueza is reportedly one of seven Barcelona players to have been shortlisted by the coach and the news of his inclusion will be made official imminently.

The 22-year old has enjoyed a phenomenal season at club level, stepping into the first team and making his debut in the injured Gerard Pique’s absence, before performing at a high level consistently and establishing himself as one of the first team’s pivotal players for this season and many more to follow.

Earlier this month, Mingueza also made his senior international debut, albeit under forced circumstances after Sergio Busquets testing positive for COVID meant the entire senior squad was quarantined. The U21s stepped up to face Lithuania, where the young defender was handed a start in a 4-0 win.

The games will commence on the 23rd of July and a gold would be the perfect motivation for Oscar Mingueza to return to Barcelona and continue his fine form and perhaps even raise it a few levels for next season.