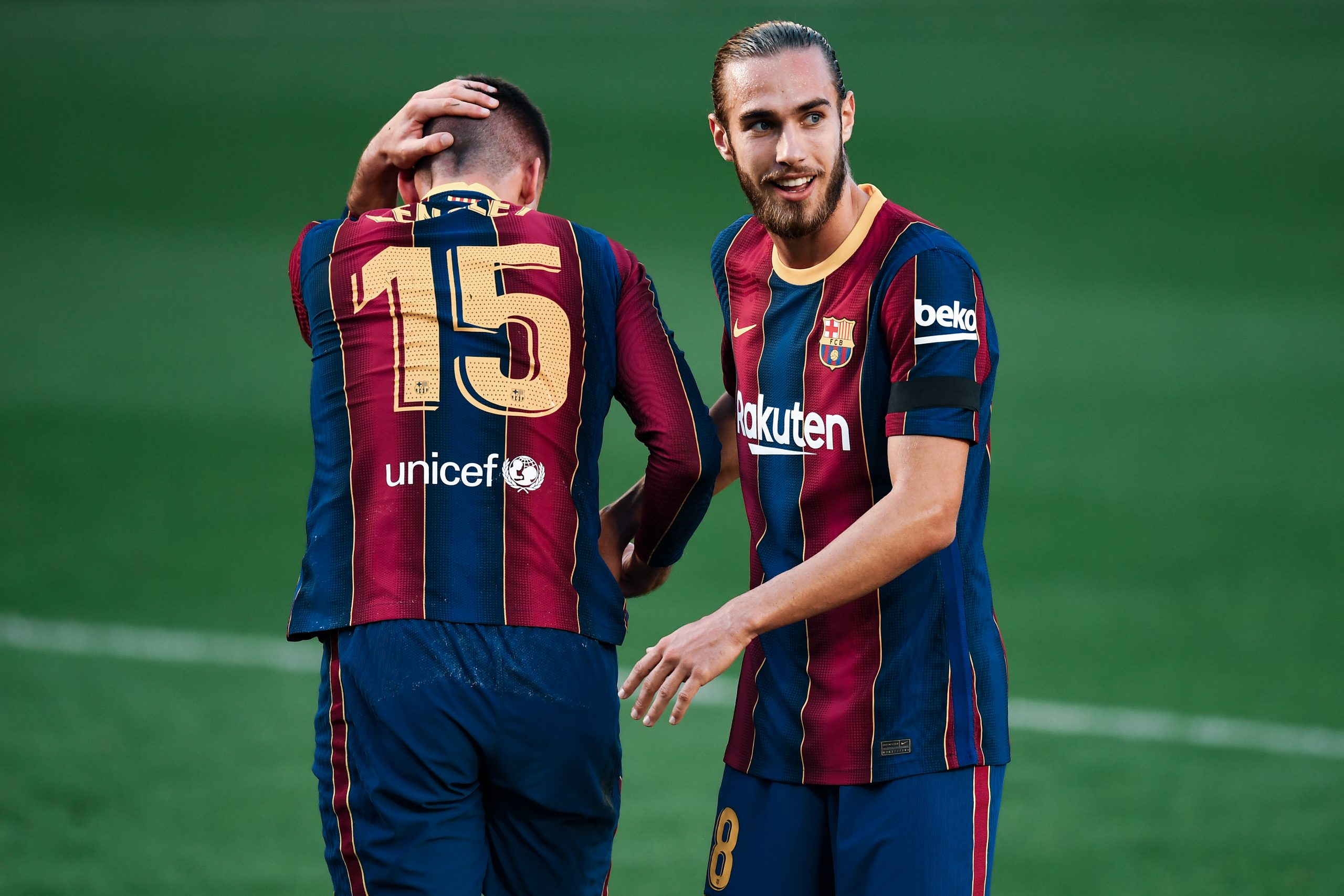 Ronald Araujo’s contract renewal will force Barcelona to shake up their entire defensive roster during the summer transfer window. With his deal imminent until 2026 followed by Andreas Christensen’s arrival from Chelsea, the team will have as many as seven central defenders.

And to say a majority of them will be surplus to requirement by the end of the season would be an understatement to make. To begin with, it’s very much obvious that Araujo will be one of the first names in Xavi’s starting XI next season.

The 23-year-old will mostly pair up with Christensen while Gerard Pique and Eric Garcia will work as deputies. Spanish news outlet SPORT says Barcelona still have room for a fifth centre-back in case of any injury, but having a sixth or a seventh defender will be too much to bear.

And so, there are as many as three defenders who Barcelona believe should ideally leave in the summer. This includes Samuel Umtiti, Clement Lenglet and Oscar Mingueza.

Of those three, a certain Samuel Umtiti has become an unwarranted entity. It must be noted that the French defender did sign a new contract until 2026 in January, but that was more or less done to register Ferran Torres as the new Barça player.

As of today, he continues to put effort into his rehabilitation, but everyone knows Barcelona won’t think twice about cashing up on him.

As far as Lenglet is concerned, at 26 years of age, he still has a lot left in his tank. Like Umtiti, he too has a contract until 2026 and is very much interested in exploring other options himself as looks to get a place in France’s world cup squad.

Lastly, Oscar Mingueza is very much appreciated by Xavi. This is because the defender can play across all defensive positions. And since he has a contract until 2023, Barcelona will take their time to make a final decision.

As such, the team is monitoring several full-backs, such as Cesar Azpilicueta, Jose Gaya and Javi Galan, but if nothing comes to fruition, Mingueza will be Xavi’s wild card.